The skunk character, who appeared in the first Looney Tunes 1996 film, was due to appear in one scene which has since been left on the cutting room floor.

The cut scene was filmed by original director Terence Nance, but when new director Malcolm D. Lee came on board, it was removed.

The scene in question was set in a Casablanca-like sequence, with Le Pew playing a bartender and hitting on Penelope Pussycat (Greice Santo). As he begins kissing her arm, she pulls back, and slams the character into the chair next to her before pouring a drink on him, slapping him hard and sending him spinning in a stool.

He is then stopped by LeBron James who Le Pew confides that Penelope has filed a restraining order against him. James then notes that Pepe cannot touch other people without their consent.

Santo, who has spoken out about her own experience of sexual harassment in the past, previously criticised the scene’s removal. 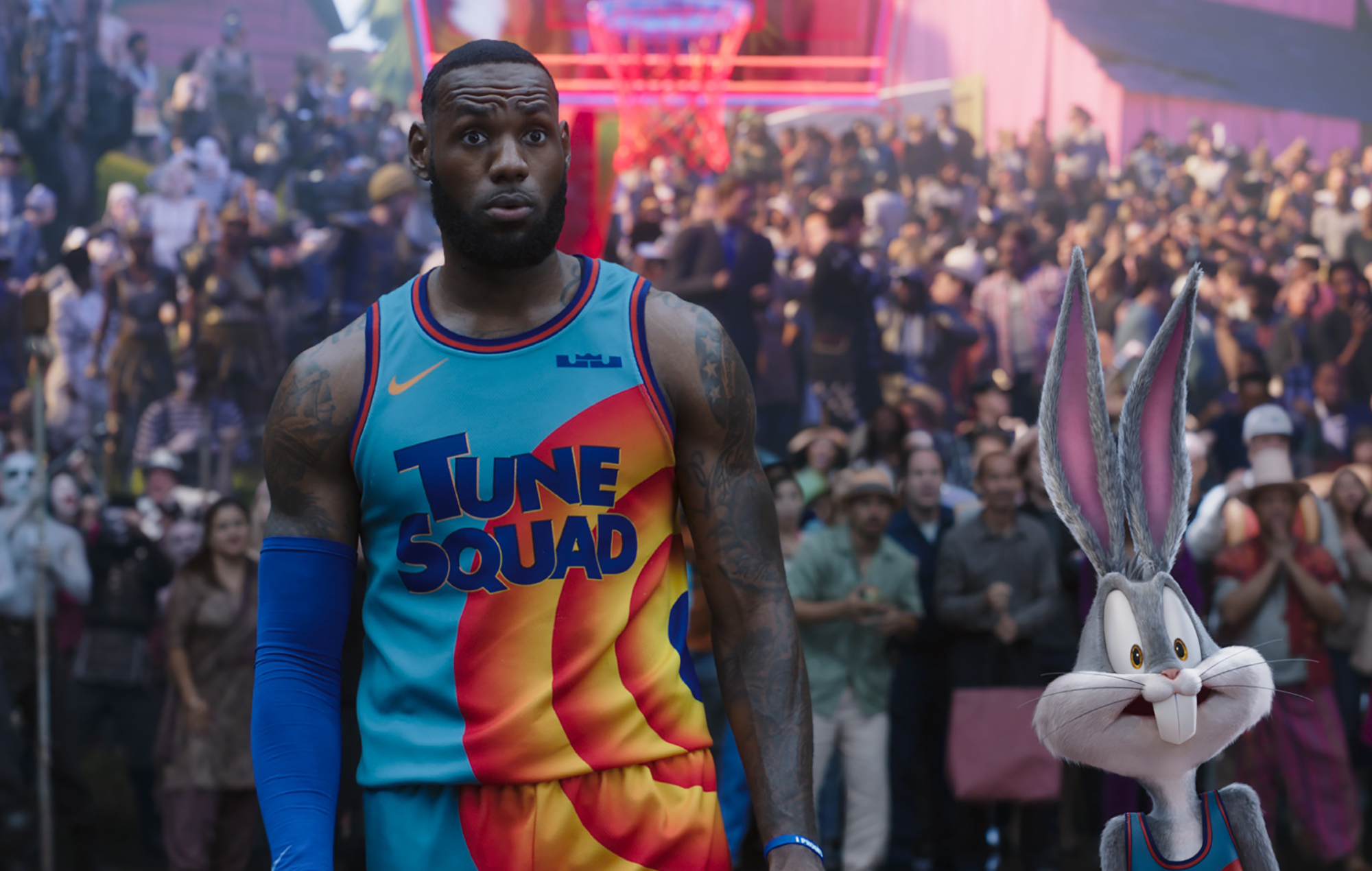 LeBron James teams up with the Tunes. CREDIT: Warner Bros.

But Gabriel Iglesias, who voices Speedy Gonzales, has now given his own thoughts on the scene.

“You know, years ago growing up watching the cartoons, I just think it was a different time and you don’t see things the same way. Times change, views change and for the time I can’t say that I ever saw it in a negative light,” he told CinePOP.

“But based on the climate of today, alright I get it, I see it, OK. It was one of those things where it’s a change of times. I don’t think that people would intentionally try to make something that was inappropriate. But again, times change and we need to evolve and so unfortunately the character was cut.”

NME has reached out to Warner Bros for comment.

The anticipated sequel to the 1996 movie made its debut over the weekend, and has already proved a box office success after taking in $31.65million (£23m) in the US, according to Deadline.

In NME‘s two-star review of A New Legacy, we wrote: “The original Space Jam film hasn’t exactly grown in stature since 1996, but lots of people have fond memories of watching Michael Jordan and the Looney Tunes crew win its intergalactic basketball match.

“It seems unlikely that this belated sequel will inspire a similar kind of nostalgic affection in 25 years’ time. It’s not just a mess, but a frenetic mess that’s exhausting to watch.”