THERE has been a dusty, faded poster advertising A Quiet Place Part II on my train station platform for 18 months.

During those eerily silent days of lockdown, I would look longingly at it in the hope that one day life would return to normal so I could watch this film about . . .  well, an eerily silent world.

This sequel from writer-director John Krasinski begins as a prequel showing just how the world got into this messCredit: Alamy

Finally that day has come and, whisper it, it’s well worth the wait to see it on the big screen.

This follows on from the success of 2018’s A Quiet Place, where staying silent is the only way of surviving in a post-apocalyptic world of blind monsters with an acute sense of hearing.

This sequel from writer-director John Krasinski begins as a prequel, showing just how the world got into this mess.

After an opener that’s full of popcorn-spilling jumps, the film soon takes us to where we left the Abbott family at the end of the last film.

Evelyn (Emily Blunt) along with her kids Regan (Millicent Simmonds), Marcus (Noah Jupe) and a new-born baby in a soundproof box are desperate to find safety.

Having lost their dad Lee (Krasinski) they seek help from old family friend Emmett (Cillian Murphy) who has been living on the other side of town.

But first they have to make a tiptoe commute to get to him — and so the clammy-palmed scenes continue. 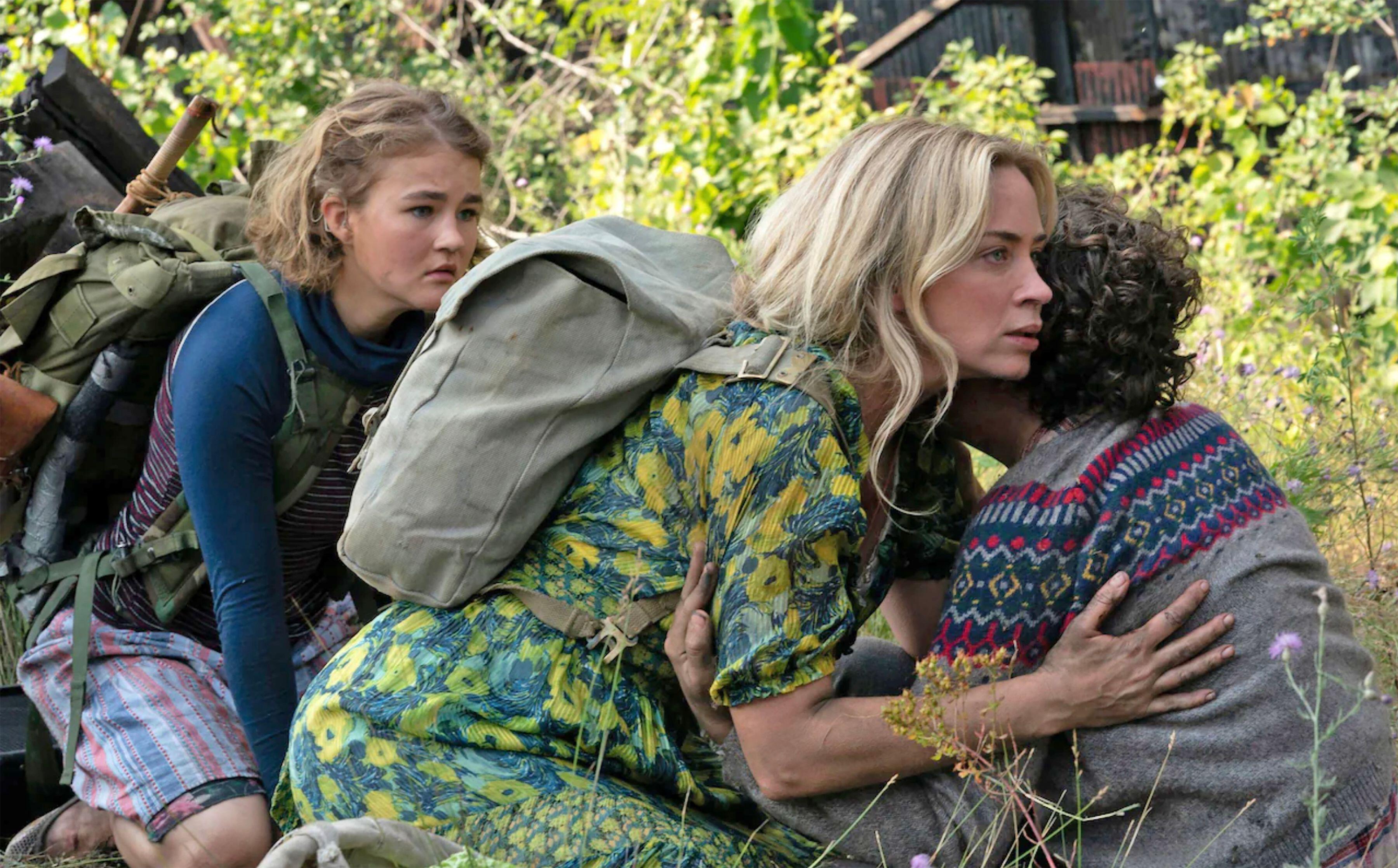 As ever Emily Blunt is wonderful as the broken desperate motherCredit: Alamy

My cinema seat soon felt like a rollercoaster carriage, as the film caused the audience to screech and scream at every adrenalin-filled turn.

Once again, Blunt is wonderful as the broken, desperate mother.

While her lines are obviously few, her eyes reflect a woman whose soul left her long ago.

Her entire existence is about keeping her children alive.

Despite some patchy sections, the tension constantly ratchets up and you barely catch your breath in what is a compact 97-minute film.

This is a sleek and very scary monster movie that will have you reaching for the beta blockers.