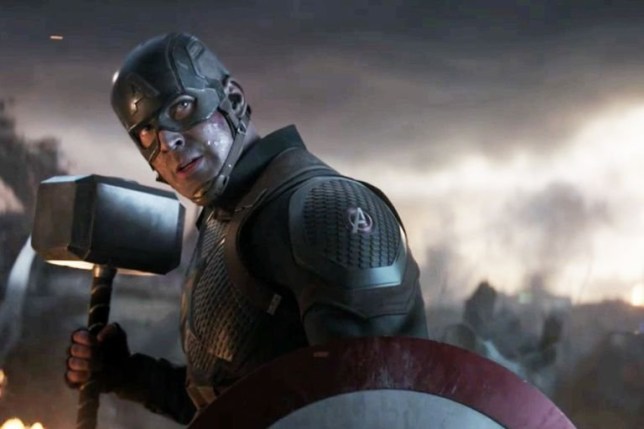 At the end of the 2019 Marvel film, we see Steve Rogers (Chris Evans) returning the Infinity Stones to their timelines, before he goes back to the past to live out his life with Peggy Carter (Hayley Atwell), all before reappearing as Captain America again.

However, this scene did lead to some confusion among fans as to which specific reality Steve spent his time in.

The Russo brothers have now confirmed that he did, in fact, live in an alternate ‘branch’ of reality before then travelling back to the main timeline, where he gave Sam Wilson (Anthony Mackie) his shield.

Speaking on the Lights Camera Barstool podcast, Joe explained: ‘One thing that’s clear that Anthony and I have discussed, I don’t know that we’ve discussed his publicly at all, Cap would have to have travelled back to the main timeline.

‘That’s something that, yes, he would have been in a branch reality, but he would have to travel back to the main timeline to give that shield to Sam Wilson.

‘In our internal logic that we defined in the room, that was the choice that we made – based on everything that happened, he would have been in a branch reality and then had to have shifted over to this, so jumped from one to the other and handed the shield off.’ 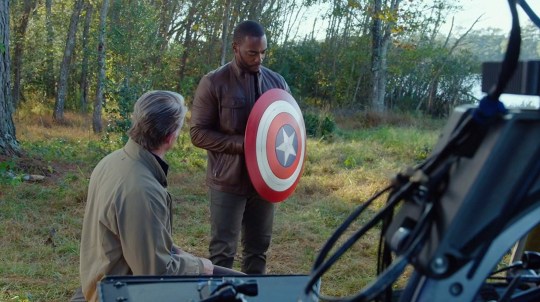 The Russo brothers have confirmed Steve lived in an alternate ‘branch’ of reality before returning to give Sam Wilson his shield (Picture: Marvel/Disney)

Meanwhile, Anthony also revealed that working on Endgame was a ‘liberating’ experience for him and his brother, as they did not hold a responsibility for what would happen after, as it was intended to be the last chapter in the story of the Marvel Cinematic Universe.

He said: ‘I can’t tell you how liberating it was to be able to finish and deliver Endgame without any idea or any thought about how it moves forward from here.

An Avengers fans had previously noticed a continuity error regarding Captain America in Endgame’s final battle sequence, with the finding posted on Reddit back in September.

‘In Avengers Endgame (2019) during the portal scene, after Captain America’s shield has been cut in 2, the shield is whole,’ they wrote.

In response, a fan said: ‘They have a few obvious bonehead mistakes for such an expensive movie.’

Another chimed in: ‘What if because he’s worthy and now has the power of Thor it repairs the shield similar to how Thor used his power to summon armor/clean up his look. Idk. (sic)’

Avengers: Endgame is available to stream on Disney Plus.