Letitia Wright is due to return following her injury (Picture: AP)

Black Panther: Wakanda Forever is due to start filming again after production was halted when Letitia Wright sustained an injury.

The cast are preparing to return to Atlanta to film the second instalment of the Marvel movie.

It’s reported that production was due to start on Monday, but several of the cast, including Lupita Nyong’o, have tested positive for Covid-19, so it’s been pushed back.

Letitia, who plays Shuri in the franchise, suffered an injury on set in Boston in August, with production shutting down in November, after the crew filmed what they could without her.

Another potential issue with filming was that all non-immigrant, non-citizen air travelers to the US require proof of being doubly vaccinated against Covid.

In 2020, Letitia came previously under fire for sharing a fact-free anti-vaxxer video on Twitter.

She vehemently denied making similar statements on the Black Panther 2 set as was suggested in a report at the time. 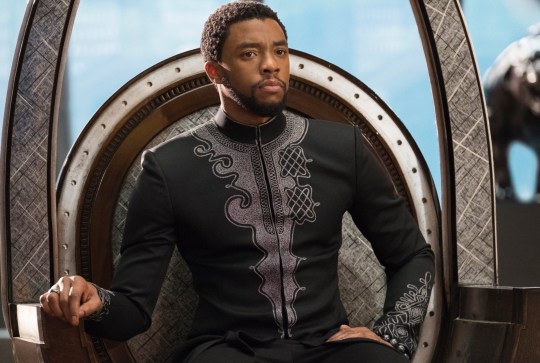 The film is set to pay tribute to Chadwick Boseman (Picture: REX/Shutterstock)

While sources did not comment on her vaccination status to The Hollywood Reporter, it’s claimed issues surrounding this have been ‘resolved’.

A spokesperson for Letitia added to the site: ‘She always intended to return but just needed to wait until she had fully recovered.’

Black Panther: Wakanda Forever is due to be released in 2022, and will see the return to Wakanda following the tragic death of Chadwick Boseman, who played King T’Challa.

While plot details are being kept under wraps, the cast and directors have vowed that the film will be a fitting tribute to the star.

Angela Bassett, who is returning as T’Challa’s mother Ramonda, said: ‘Everyone felt, the first week of shooting, the presence of Chadwick and missing him on that throne.

‘But we all came together and just paid homage to him before we began, which was wonderful… everyone just speaking beautiful words about him and expressing how much we care and how he informed and inspired us.’

Metro.co.uk has contacted reps for Letitia Wright for comment.

Black Panther: Wakanda Forever is set for release on November 11.