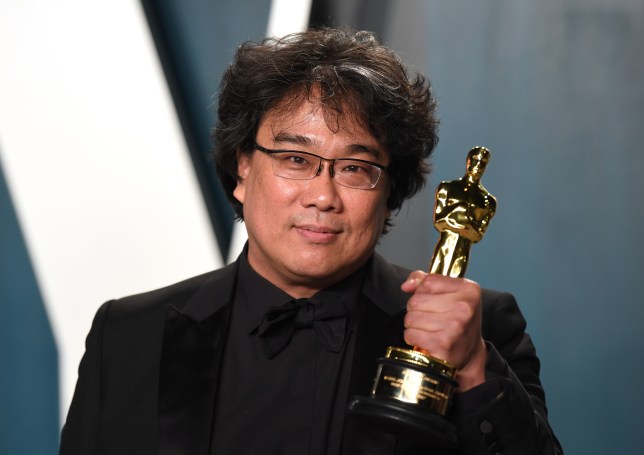 Boon Jong-ho made history at the 2020 Oscars (Picture: Getty Images)

The filmmaker made history at the Academy Awards with his movie, which won best picture, as well as landing him best director, best original screenplay, and international feature film.

However, it seems we could have more of his genius in store, as he’s writing two follow-ups to the movie.

‘I’m currently writing two scripts at the same time and it feels like I’m splitting my brain in half left and right writing these two scripts,’ he said. ‘But I finished one last week.’

‘Oh my god, please slow down, you’re making all of us look bad,’ Rian Johnson responded on The Director’s Cut podcast.

The director, who said he was a ‘shell of a human’ after the buzz surrounding his movie last year, previously told Variety of his next two projects: ‘The Korean film is located in Seoul and has unique elements of horror and action… it’s difficult to define the genre of my films.

‘The English project is a drama film based on a true event that happened in 2016. Of course, I won’t know until I finish the script, but it has to be set half in the UK and half in the US.’

The director hasn’t said the two films are sequels to his beloved psychological thriller, but he has compared them to the movie, and his 2009 flick Mother, saying the scope will be similar.

It was the first ever non-English language movie to win best picture at the Oscars, and the first South Korean film to receive Academy Award recognition.