The iconic actress, who’s known for films including My Best Friend’s Wedding and The Holiday, confirmed her retirement in 2018 after winding down her appearances.

However, she’s now back with a Netflix comedy with none other than Jamie Foxx, who she starred with in 2014 in Annie, with production due to start later this year.

Jamie, 54, announced the exciting news, sharing a recording of a call with Cameron – and Tom Brady, their resident expert in ‘un-retiring’.

He tweeted: ‘Cameron I hope you aren’t mad I recorded this, but no turning back now. Had to call in the GOAT to bring back another GOAT.

‘@CameronDiaz and I are BACK IN ACTION – our new movie with @NetflixFilm. Production starting later this year!!’

Speaking to Jamie in the audio clip, Cameron, 49, says: ‘I’m so anxious right now, I’m, like, pacing the room,’ with Jamie responding: ‘How do you feel though?’

‘I feel excited but I don’t know how to do this, you know?’ she replied.

‘I understand. Listen, I’ve got somebody in the other line that could help you with this,’ Jamie says, before getting Tom Brady involved.

‘I was talking to Jamie and he said you need some tips on how to retire,’ Tom explained. ‘I’m relatively successful at un-retiring!’ 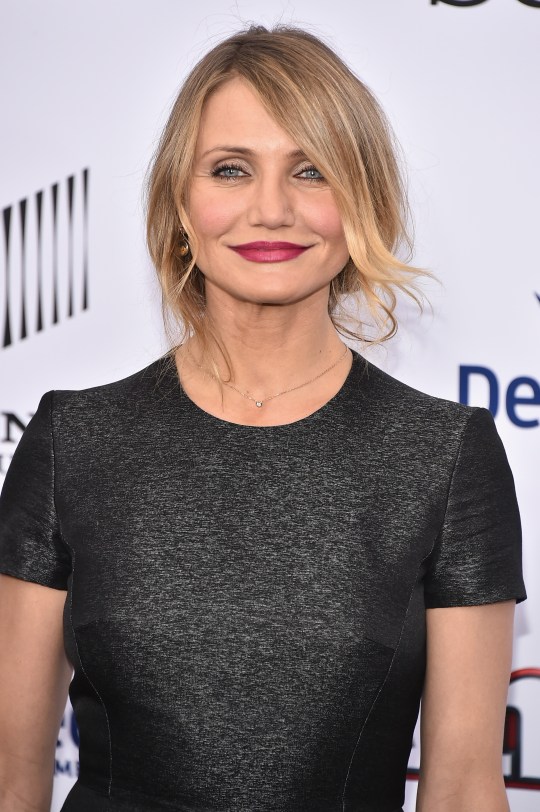 She stopped acting after Annie in 2014, and officially confirmed her retirement in 2018 (Picture: Getty Images) 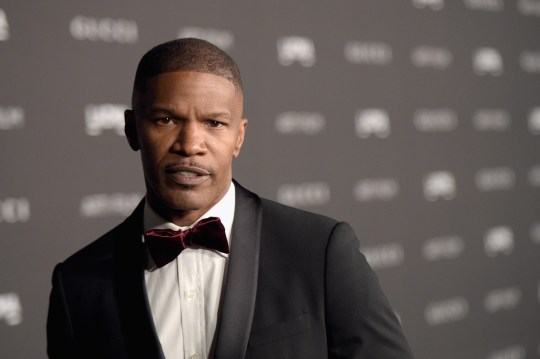 Cameron famously quit acting in 2018, four years after her last movie, the 2014 adaptation of Annie, in which she played Hannigan, and which also starred Jamie. She later went on to welcome a daughter, Raddix, in December 2019, with husband, Good Charlotte star Benji Madden.

She revealed to Kevin Hart on his talk show, Hart to Heart that her career on the big screen was preventing her from managing other parts of her life. 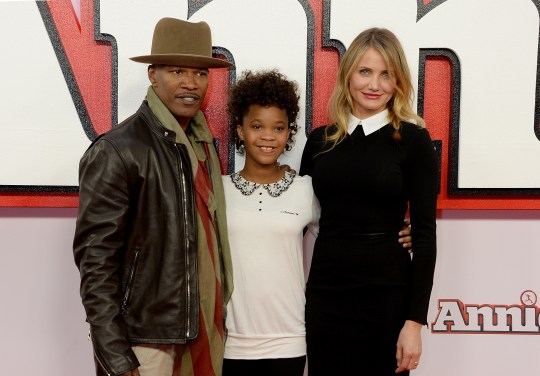 Jamie and Cameron, pictured with Quvenzhane Wallis, also starred together in Annie in 2014 (Picture: WireImage)

Cameron explained: ‘When you do something at a really high level for a long period of time, when you’re the person that is delivering one thing, you’re the person on the screen, all parts of you that isn’t that has to sort of be handed off to other people.’

‘For my personal, spiritual self, I was realising that that one part of me that functioned at a high level wasn’t enough.

Cameron said this included ‘different parts of my life, my home, every aspect, from finance, just the management of me as a human being, not me as Cameron Diaz the machine.’

‘I just looked around and there were so many parts of my life that I wasn’t touching and that I wasn’t managing, and I couldn’t really manage, because everything was so massive.’

Well, we’re over the moon to have her back!