Her fiancé, who was released last year by Vince McMahon after a decade working for him, declared himself ‘The Face of GCW’ after his triumph on Night 1 of GCW Homecoming on Saturday. 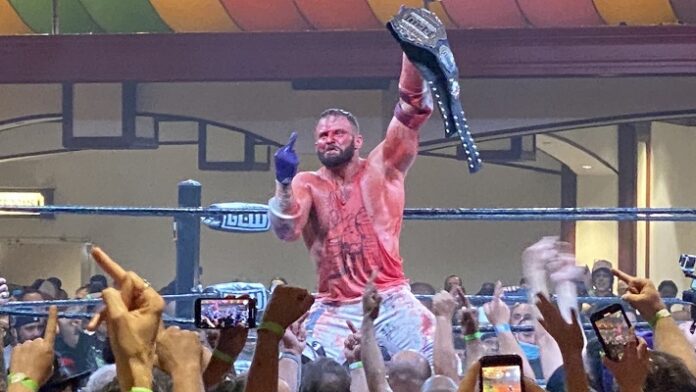 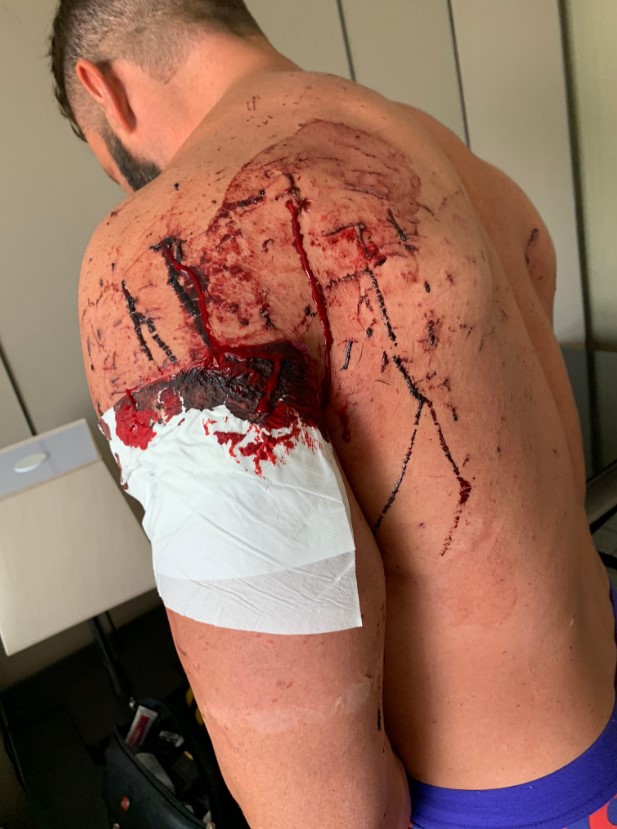 His arm and shoulder were ripped to bits and bleeding afterwardsCredit: Twitter @ImChelseaGreen 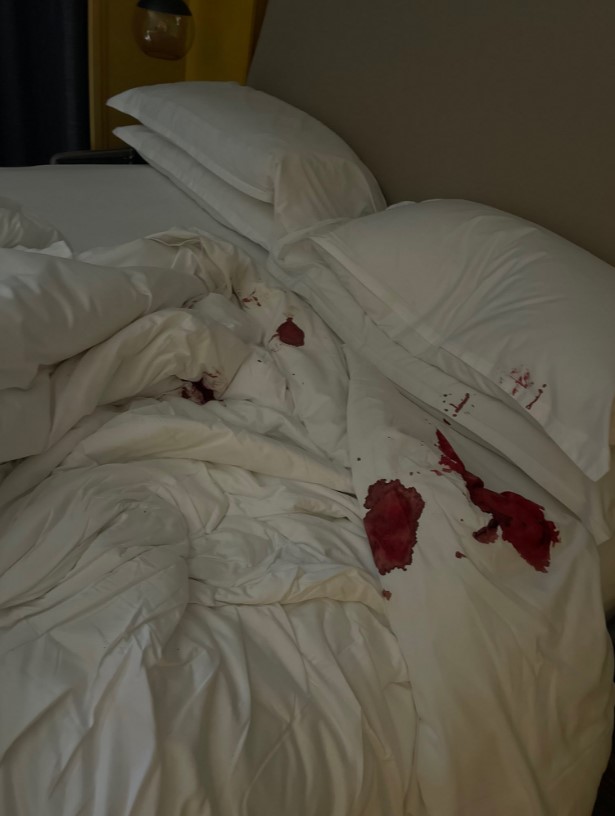 After the brutal hardcore match, Green shared several shots of her fella’s bleeding and ripped back and arms along with a blood-stained towel.

And it also appears that she provided the bandages to clean and protect his wounds and gashes.

The new champ responded to her tweet with the message: “I DID IT FOR THE GCW UNIVERSE!”

Cardona obviously received some major injuries during the Death Match with Gage.

But the fans in attendance were not pleased with the result as they pelted Cardona with tons of garbage and other paraphernalia.

“Did you really think I was scared of Nick Gage? Of course I was afraid of the violence, but I wasn’t afraid of the destruction that would happen in that ring.

“Look at my body. I’m covered in blood, I’m scarred up, but it was all worth it.”

Meanwhile, Green was one of nine stars ditched in May due to budget cuts along with Mickie James and Billie Kay.

And in an interview with Metro, she revealed her future plans.

She said: “I have a bucket list of things I want to do.

“Definitely I want to be killed in a horror movie. I’ve always wanted that, I always found it so hilarious where you see the girl running and they always trip and fall, and then they get killed.

“It’s just how it works. So I want to be that girl.

“Right now, I’m trying to work at making contacts in Playboy to hopefully do that.”

And the Canadian has stated that she, like James, was sent all the items she left on WWE property in a big bag, which led to the person behind the callous farewell package being fired.

James immediately took to social media to show her disgust, with Triple H and Stephanie McMahon offering their apologies, while Vince McMahon phoned her to say sorry.

Green has since stated that the same happened to her, only to find out that her care package included items belonging to Natalya and other wrestlers. 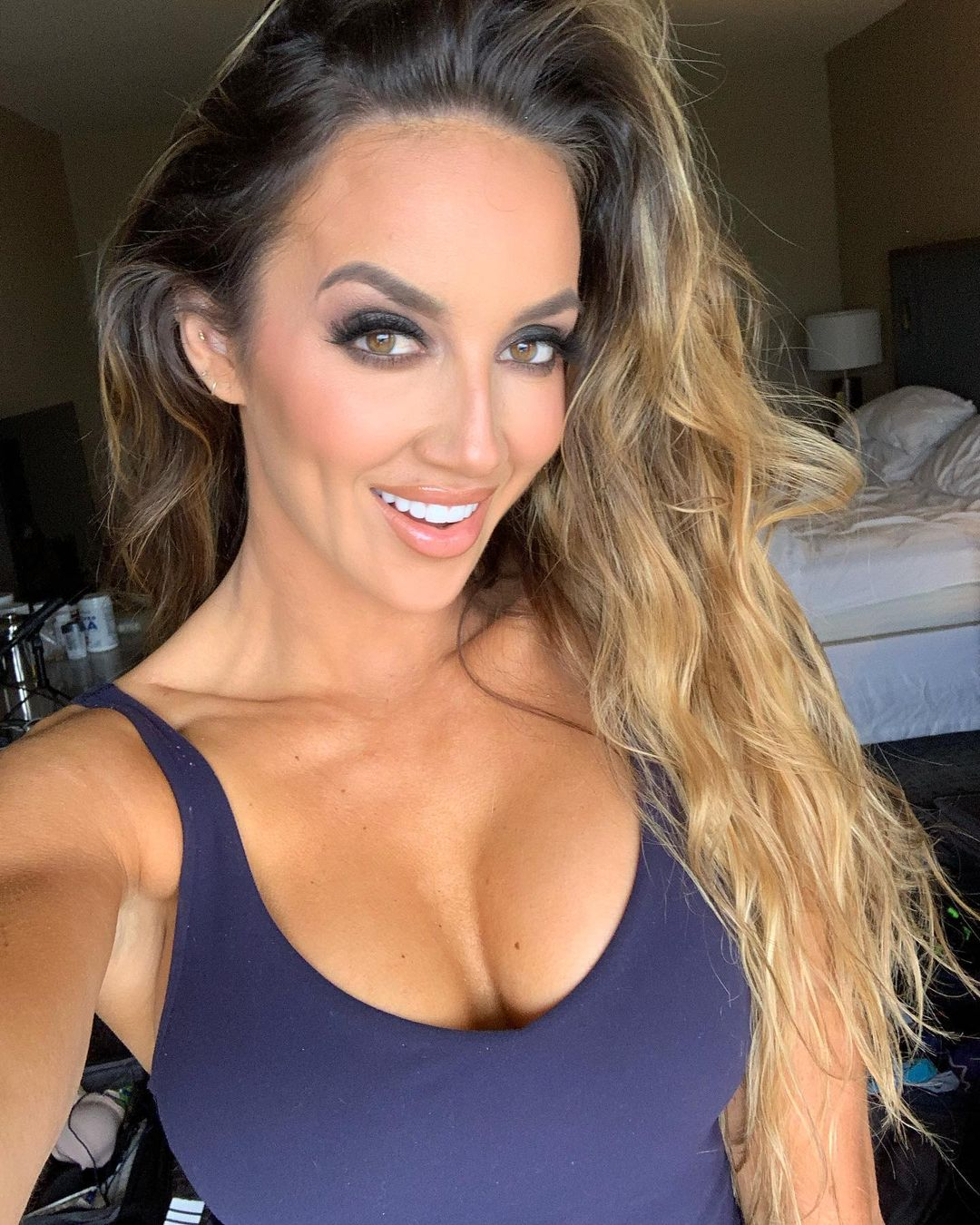 Chelsea Green was released by WWE in MayCredit: Instagram @chelseaagreen