TAPING memories, reading thoughts and controlling what another person sees through brain implants may seem like something from a creepy dystopia.

But campaigners are warning this is fast becoming a reality thanks to a well-funded worldwide arms race to develop mind controlling and mind bending tech through bizarre experiments on monkeys and other animals.

Brain experiments are being carried out across the world – such as this one in BelgiumCredit: Animal Rights 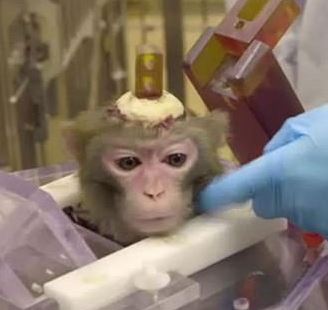 Monkey with hole drilled in his head an electrode attach

Many tests are done to cure horrible brain diseases and conditions such as Parkinson’s disease and dementia.

But scientists fear tinkering with the mind is slippery slope – and there could be a very real risk these breakthroughs are abused.

Mice, turtles and monkeys can already be controlled like “puppets” or “avatars”.

And it’s feared it won’t be long before this could be done to humans as our smartphones are predicted to morph into brain implants.

Scientists are warning that if humankind does not act soon, it will be too late to save our minds from the threat of cyber-hackers or evil regimes.

It advocates protecting the inside of our minds and setting out ethical guidelines for this new frontier of science.

Professor Yuste told The Sun Online: “We are dealing with a world race, private and public, to develop these methods.

“We have to regulate so we don’t infringe on the basic core of our humanity. “ 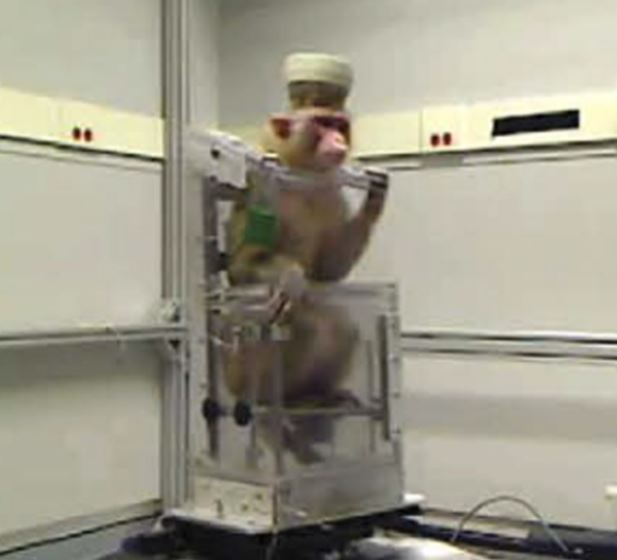 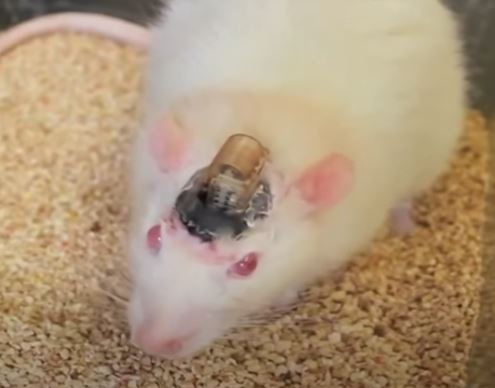 Scientists across the world expect to be able to electronically record the brain signals that build memories using electrical implants to help sufferers of Parkinson’s disease and dementia.

By the end of this decade this could pave the way for artificial enhancing or rewriting before being re-inputted into the brain.

But a report by the cybersecurity firm Kaspersky Labs and the University of Oxford Functional Neurosurgery Group claims that hackers could use the wireless communication to potentially take over the device itself.

The scientists’ study concluded: “Manipulation could result in changed settings causing pain, paralysis or the theft of private and confidential personal data.”

It is not just stealing memories that poses a risk to humankind.

Recent experiments across the world have proved just how close the world is to the era of being able to remote control humans.

Professor Yuste told The Sun Online: “The problem with neurotechnology and we know this with mice, if you directly activate these brain circuits, the mice interpret the information on their own.

“In other words if we put a visual hallucination or an image in the mind of the mice, the mouse behaves exactly the same as if it was their own thought process.

“That is not a surprise, because consciousness is generated by the brain.”

He added: “This makes the potential abuses of mental privacy and mental identity much worse.”

Researchers at the Korea Advanced Institute of Science and Technology recently created cyborg mice that obeyed the commands of their human overlords.

They “hacked” into the mice’s brains using a technique called optogenetics — a process in which fibre optic threads are inserted into the brain to manipulate it.

Meanwhile, this year scientists from the University of Utah and Stanford in the US have for the first time directed the decision making of monkeys.

The primates were made to look at targets by low-intensity ultrasound waves which were directed at the brain region that controls their eye movement. 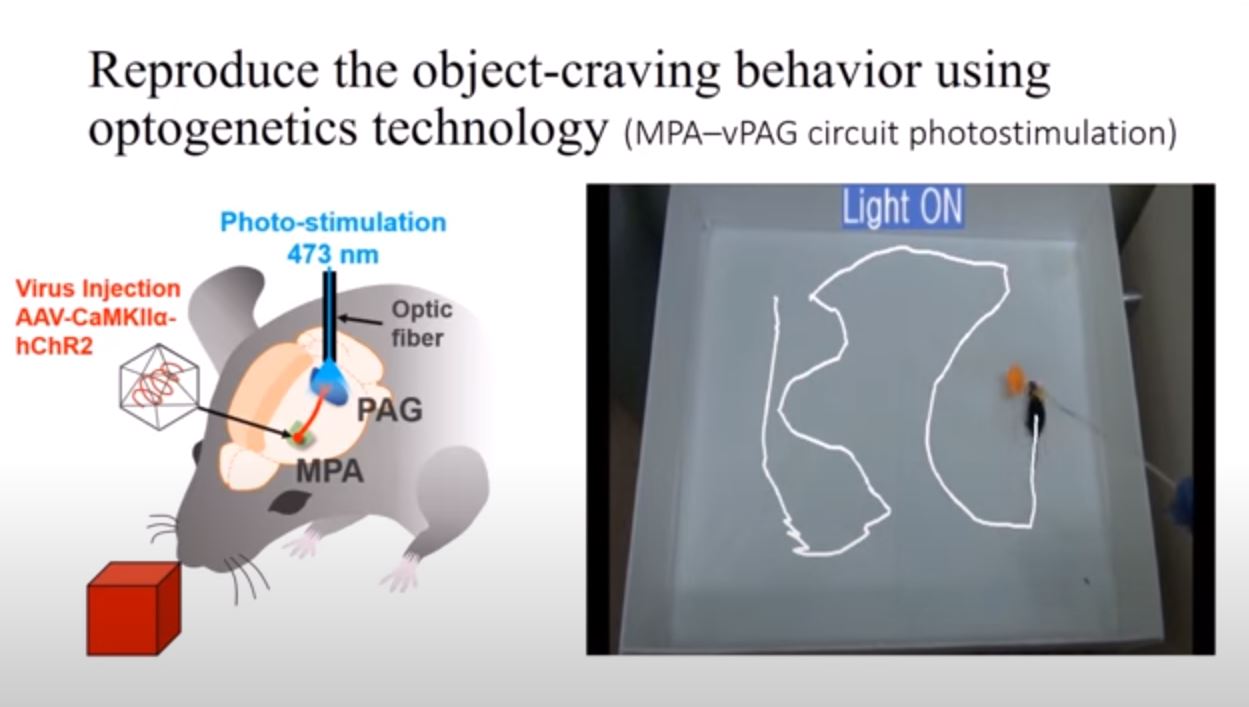 The researchers concluded: “There are … tantalising opportunities to apply ultrasonic neuromodulation to non-invasively modulate choice behaviour in humans, with first applications aimed at determining the set of circuits involved in a given disorder in a given individual.”

And in 2014 an experiment was carried out scientists from Harvard Medical School saw one money control another by connecting one of their brains to other’s spine.

KU Leuven in Belgian, meanwhile, has been wiring up monkeys to try to find out how they can make them grasp things.

It says it is trying to find cures for disabling brain diseases like Parkinson’s.

Big Tech has not surprisingly jumped on the bandwagon to pioneer its next generation brain-hacking products for medical reasons but also to stay ahead of the pack in developing new products.

Elon Musk’s computer to brain interface firm Neuralink has released an experimentation video in May claiming it shows a monkey playing the video game Pong with its mind via an implanted device, brain signals were sent wirelessly.

The macaque monkey, named Pager, was first taught to play the video game with a joystick, before then being hooked up to the brain implant which proceeded to read the monkey’s thoughts.

It is part of Musk’s long-term ambition to usher in an age of “superhuman cognition” – and its hopes the Neuralink device will soon be ready for testing on humans.