Another re-telling of Cinderella that surprises with a pleasant musical spring in its step (Picture: Kerry Brown)

Cinderella is almost better than it has any right to be.

When you consider the obvious issues working against it – namely that Disney cornered the market in princesses decades ago, including this one, and even returned to the Cinderella tale in 2015 for one of its better live action remakes – it’s fair to wonder what this one has to offer, other than its Camilla Cabello casting coup.

From the mind of James Corden (yes, really), this Cinderella comes with a large side serving of sass and song courtesy of writer-director Kay Cannon, the brains behind the Pitch Perfect franchise. Corden planted the seed of a Cinderella re-telling through contemporary song and Cannon watered the hell out of it.

That’s not to say things are perfect, as there are still scenes that fall a bit flat and some cringey lines, but the zest and overall sense of good humour that kept audiences coming back to check in with the Barden Bellas is also evident in a fair amount of Cinderella.

To sum it up in an acutely British way, it’s like a very good example of a pantomime. The film is all over the place tonally with its distinctly modern music, language and style coming up against the traditional and well-worn structures observed in the plot, it doesn’t have a subtle bone in its body and there’s a raft of slightly baffling but impressive celebrity appearances (including Pierce Brosnan and Minnie Driver), who are working with some dodgy characterisation but seem to be having fun, so does it matter?

Also, almost all the musical numbers are tip-top. The songs overall are fun choices – especially when the slightly unexpected mash-ups include opening number Rhythm Nation/You Gotta Be, as well as Whatta Man/Seven Nation Army. Plus Ben Bailey Smith/Doc Brown spits some good bars as a rapping palace official, because why not? That’s when the jubilant Pitch Perfectness of it is in full flow. The choreography is also on point. 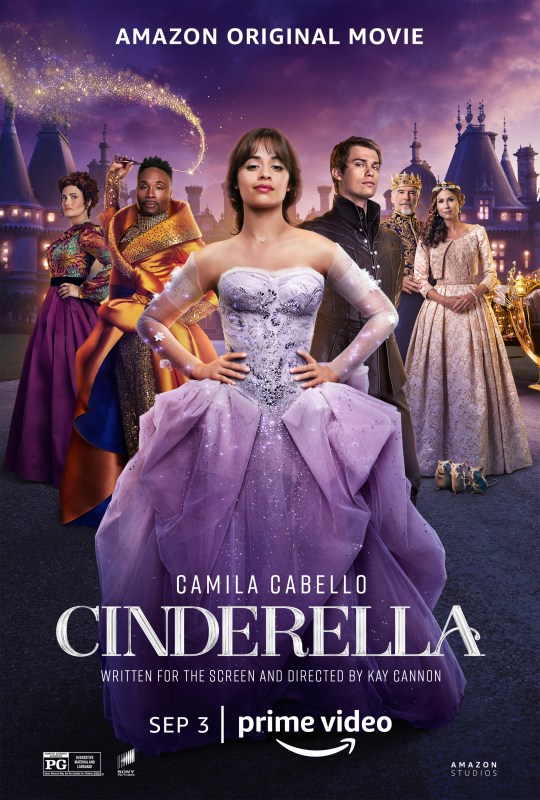 Camila Cabello makes her acting debut as Cinderella, offering a very assured performance that shows a knack for humour, as well as charm, and of course a lot of good singing. In fact, with her and Idina Menzel on board as her stepmother Vivian, plus Broadway’s Billy Porter as Fairy G, powerhouse vocals are guaranteed and delivered. Even Pierce Brosnan joins in with the swing of singing again, post Mamma Mia, in his own indomitable way.

Credit must also be given to some powerful original numbers, written by Cabello and Menzel for their characters, with Menzel’s Dream Girl packing a real emotional punch in the film as the musical star offers empathy and nuance to the more traditionally evil stepmother character. 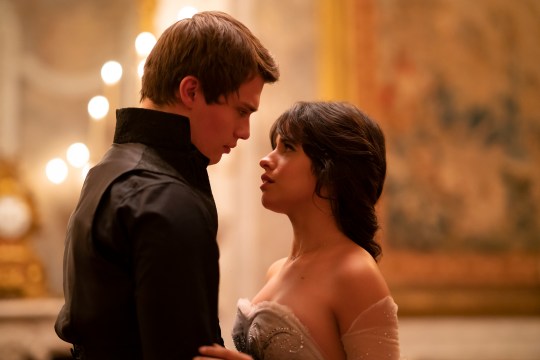 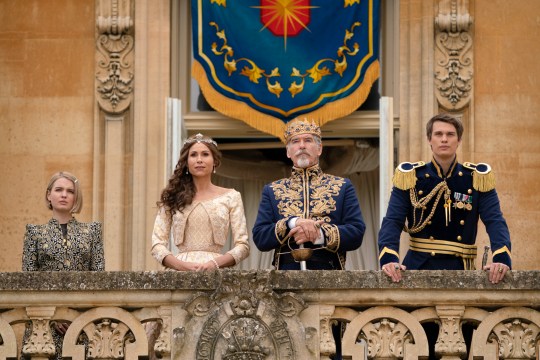 When Cinderella is delivering its musical numbers, it can be forgiven for its occasional cringeyness and basic plot manoeuvres, especially as there are some flashes of genuine humour and whimsy, including a whole aside on the word ‘toothsome’ and characters agreeing that mice should be female and rats should be male (obviously).

Speaking of the (definitely male) mice, this is where James Acaster and Romesh Ranganathan pop up, alongside James Corden. Knowing he produced the film goes a fair way to explaining their involvement, as well as that of Rob Beckett as slimy nobleman Thomas Cecil. That’s not to say they aren’t all good – they are, and Corden plays well with the others to strike up an equal rapport – but it is otherwise a so very American film. 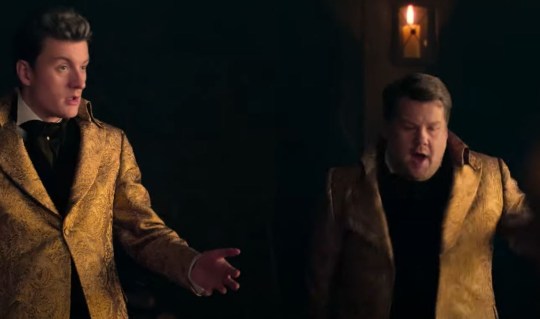 Also – consider this fair warning – the film does offer you the chance to see Corden’s full-size screaming face on the body of a CGI mouse. So, you know, be prepared.

Cinderella does not reinvent the wheel, remaining true to its roots as a fairy tale yarn, but it does add some nice modern sparkle with its songs, costumes and a dash of female empowerment. Its younger audience is sure to eat it up, but older viewers will likely enjoy a taste too.

Cinderella is available on Amazon Prime Video from Friday September 3.

Rebecca Ferguson has shared some titbits about ‘darker’ and ‘chaotic’ Mission: Impossible 7 from the red carpet for Dune’s London...