Farrell and Bateman are among the star-studded cast in the upcoming movie (Picture: Getty/Rex)

Stars of a new film depicting the aquatic rescue of 12 young footballers from a cave in Thailand say it was an ‘honour’ to be a part of the project, despite having difficulty swimming and battling claustrophobia.

Colin Farrell and Tom Bateman said the experience had been ‘terrifying’ but ‘extraordinary’ and praised those involved, both living and dead.

Thirteen Lives follows the expedition to save the youngsters and their coach, who became trapped after the cave flooded in 2018.

In an interview discussing the film, Mortensen and Farrell praised the ‘selfless’ and ‘multifaceted’ effort to rescue the boys.

Speaking about preparation for the roles, Mortensen said it had been ‘crucial’ to have the divers on set to supervise. 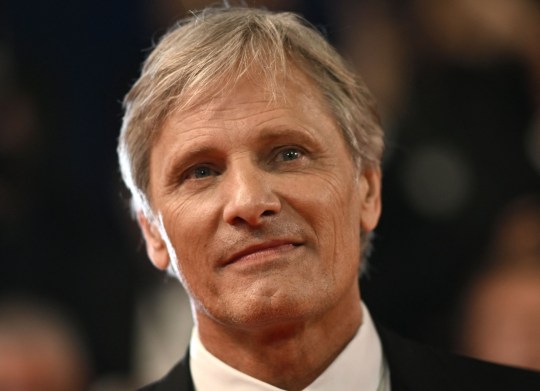 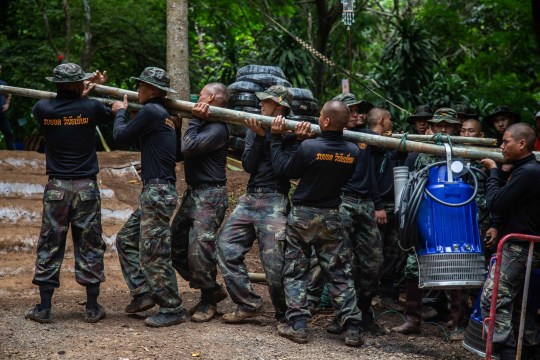 The Thai military were involved in the attempt to rescue a youth football team and their coach who got stranded in a cave in 2018 (Picture: Getty)

‘Whenever you’re underwater [in] caves, it’s dangerous,’ he shared. ‘So I think all the actors, we listened very carefully to what they were showing and telling us and watched what they did very carefully and everybody worked hard.

‘Everybody pulled together… and that reflected the real rescue and that it was a very selfless, team-oriented effort.’

The Lord of the Rings star also said that filming was ‘sometimes too real’ as there were some ‘very tight spots underwater’.

Farrell, who most recently starred as Penguin in The Batman, also admitted his own personal issues. 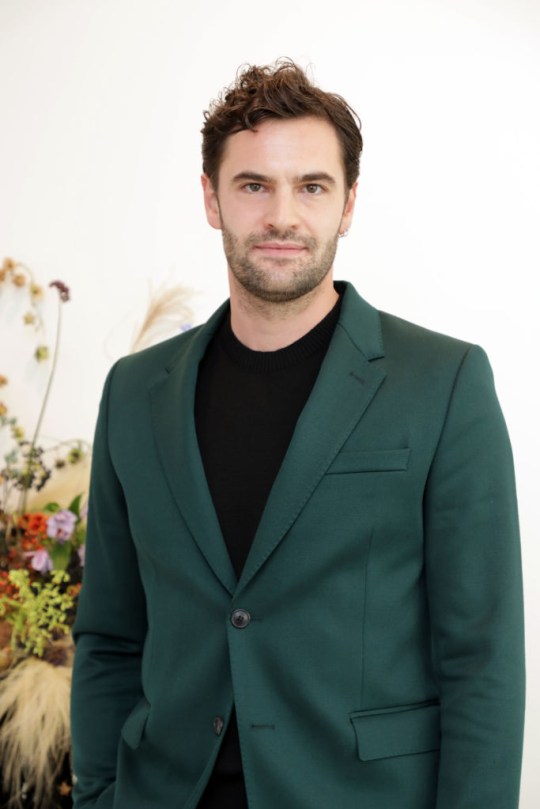 Actor Tom Bateman is also in the cast, alongside Joel Edgerton (Picture: Getty)

‘They said you’ve done work with children… then you throw water into the mix as well, and I can’t really swim. It’s a different world beneath the surface of the water.

‘I just felt like I was one spoke of many in a story that was so multifaceted that the burden and also the honour, were one and the same and that was what we were telling.’

However, he called the film ‘a great gift’ and continued: ‘I’ve done various things in my career but to be part of something that… in a time where the world seems to be living under greater and greater division, was really about these different people from different nationalities, different cultural backgrounds coming together for a common purpose, and one that was so terrifying, it was just a great gift.

‘We felt that spirit of collaboration the whole way throughout the shoot, and that was just a joy – apart from how nervous I was in the water every day. As Viggo said, it was as controlled an environment as could be but, you know, water’s wet no matter how much control you have or don’t have. 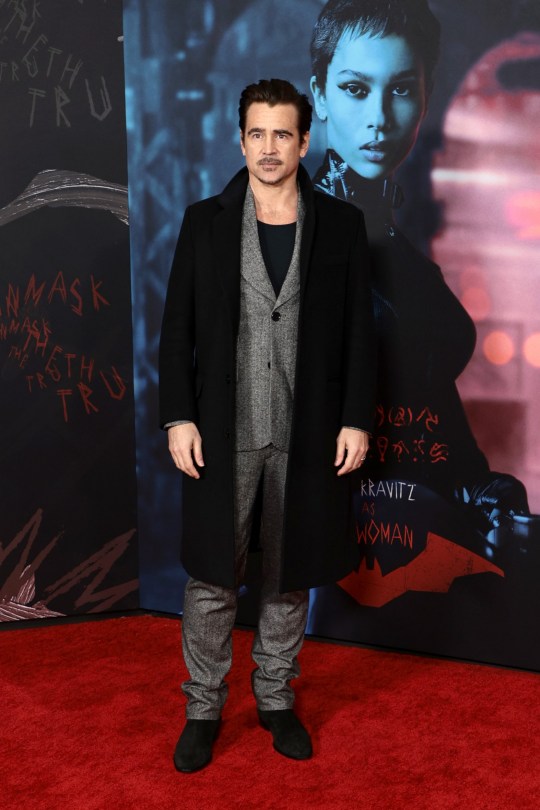 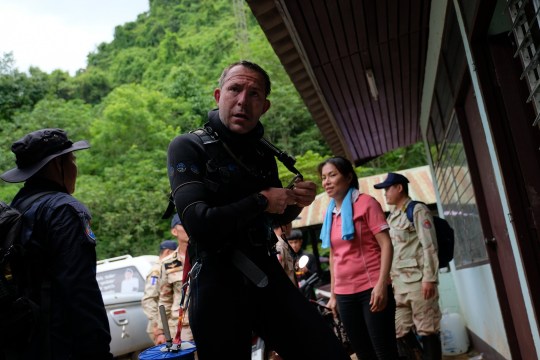 He added: ‘It was quite amazing. I’m claustrophobic so I struggled pretty much every day but I still vividly remember the last dive was one of my last days and I loved this experience very, very much but, my God, I was happy to get out of that.

‘The guys doing it, even after everything we’ve done, I cannot believe what they did, and to be a small part of telling their story is a real honour.’ 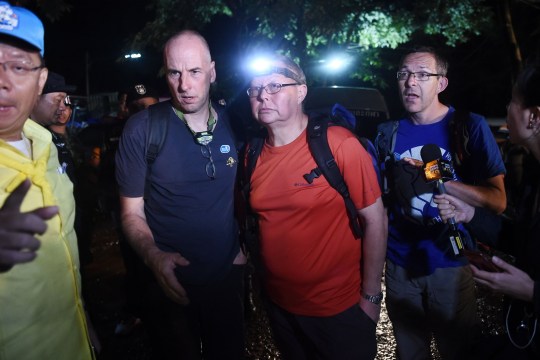 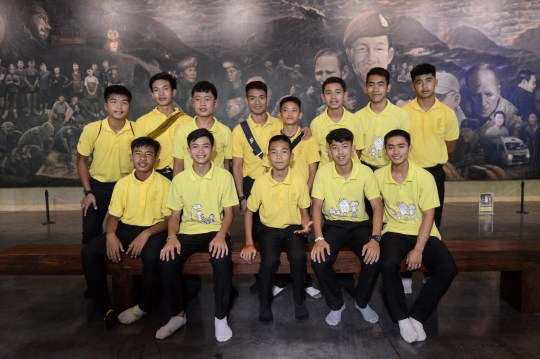 The Wild Board football team posing on the anniversary of their rescue (Picture: JITTRAPON KAICOME/AFP via Getty Images)

In 2019, following the ordeal, Mr Stanton and Mr Volanthen were both presented with the George Medal, the highest British civilian bravery honour, for their roles in the rescue mission.

The boys, aged between 11 and 16 and who were members of the Wild Boars youth football team, had cycled with their coach to the caves to explore when they became marooned inside.

Thirteen Lives releases in select US cinemas on July 29 and streams exclusively on Amazon Prime Video from August 5. 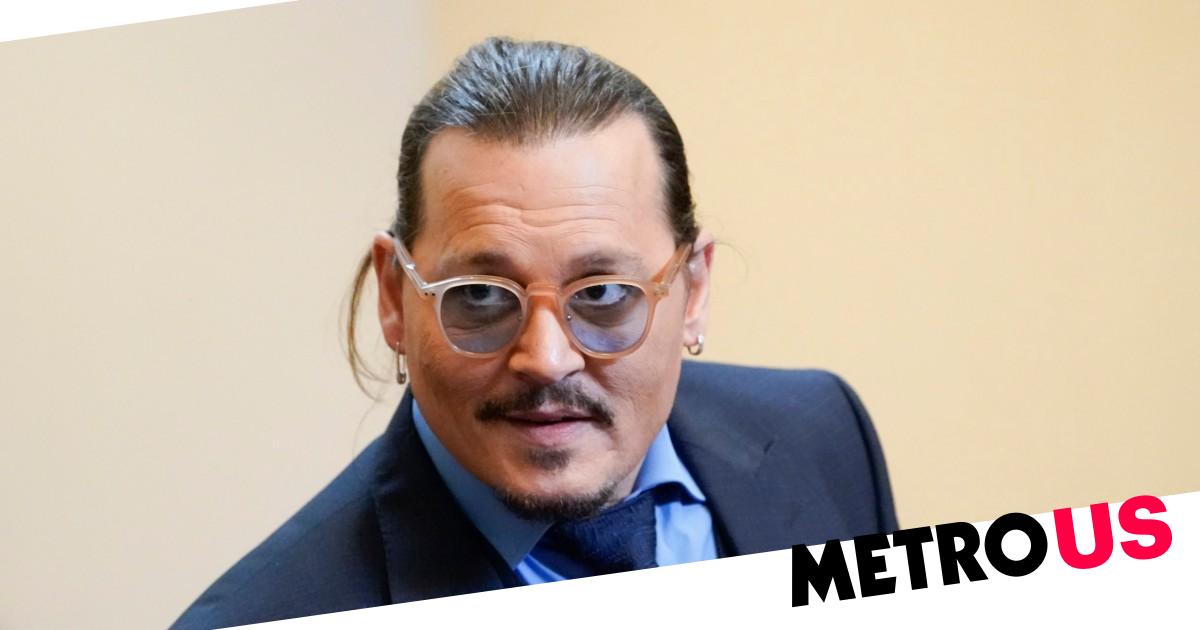