COURTNEY LAWES says he has done all he can as Warren Gatland prepares to make or break the dreams of his Lions.

The coach is set to publicly reveal his side to face South Africa in Saturday’s First Test on Thursday.

Gatland has kept the Springboks guessing but after hours of agonising and heated selection meetings, the hard work has been done.

Lawes, the versatile England forward capped twice against the All Blacks in 2017, will be one of those learning their fate in a team meeting before Thursday’s official announcement.

He said: “There’s not much you can do about it, so you’ve just got to enjoy the moment.

“Part of playing in a team like this is that there will be some moments which could be good or bad for you. It’s part of life.

“Obviously there’s going to be a lot of disappointment, but the main thing is that regardless of who is picked, we’re all going to buy in and support that team.

“I want a starting shirt and I made that very clear from before we even got out here on tour.

“I’ve done everything I can, I’ve prepared as well as I can and I’ve thrown myself into it, so I’ve just got to wait and see now.

“I’ve been around a long time and dealt with a lot of pressure like this – selection decisions in World Cups and all that kind of stuff.”

Lawes’ Northampton team-mate Dan Biggar, the likely fly-half for the Test opener, is wary that the players might have to sweat things out a little longer.

Having been capped by Gatland when he was Wales boss, Biggar said: “Gats probably would have finalised selection on Monday night.

“But he is the type who doesn’t do things by the book – so he might keep it for a little bit later on in the week.

“We haven’t got a timescale of when he is telling us yet.

“The boys are a little bit more anxious around knowing that the team is coming at some point. But also there is lots of excitement as well.

“This time around, for as far back as I can remember from the tours I have watched or been involved in is probably as open for selection.

“That is probably why there is lots of excitement and a bit of nerves around as well.

“Working with Gats for as long as I have you know, some days with Wales we didn’t get told the team until Thursday morning.” 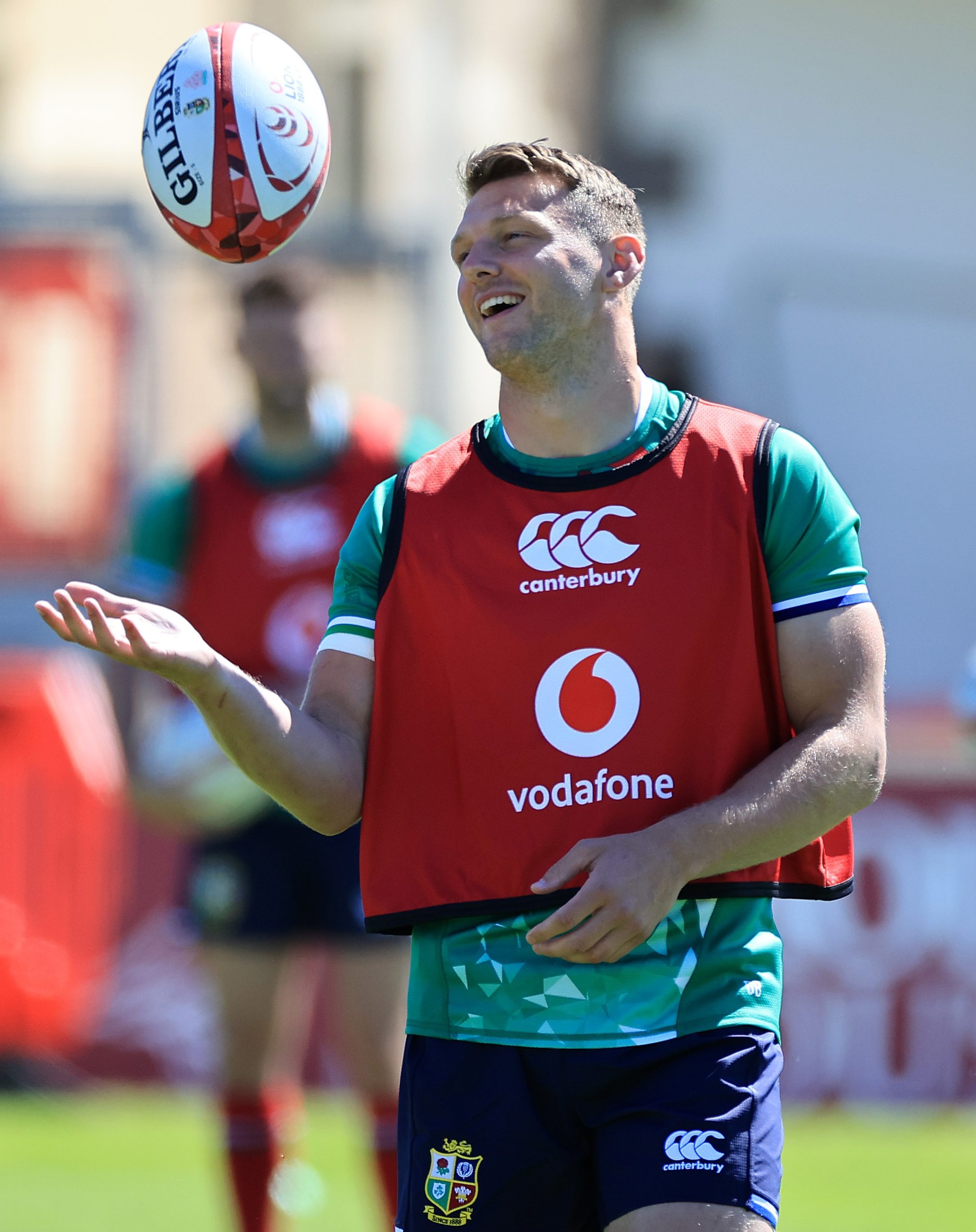 Dan Biggar is relaxed ahead of Thursday’s official team announcement

Though prop Tadhg Furlong is also feeling the heat.

The Ireland tighthead added: “I’m feeling good. . . nervous. Everyone is on edge.

“It means a lot to people and everyone is just waiting to see how it pans out if you are in or out. You can feel it, there is that bit of nervousness there.”

South Africa skipper Siya Kolisi is sweating on a negative Covid test today (tues) that would allow him back to training after catching the virus.

And Springboks no.10 Handre Pollard has also defended their route-one style play.

He said: “For me, it’s the most beautiful thing in the world. . . apart from my wife.

“It’s the way we were brought up and for me personally it’s a thing of beauty.

“Throwing a ball around is nice for the people watching on TV, but for me it’s beautiful.”

In a power play from the Boks, the hosts decided last night that they would name their own team today  two days earlier than planned.