Cowboys was worthy… but I wasn’t transfixed

TRANSGENDER issues have never been as prominent as they are now – which makes director Anna Kerrigan’s Cowboys very timely indeed.

Set in the western US state of Montana, it tells the story of 11-year-old Joe (Sasha Knight) and his desperate battle to persuade his small-town — and somewhat small-minded — mum Sally (Jillian Bell) that he is not a girl.

There are hugely touching moments in this gentle film that shines a light on an issue happening to loving, decent parents

Joe has better luck with dad Troy (Steve Zahn), who is a bearded, plaid-shirt-wearing cowboy, but is surprisingly accepting when he is told, “I’m born in the wrong body”.

Joe’s decision to wear cowboy shirts over dresses, and play with guns instead of dolls, infuriates his mother — and the strain breaks the marriage.

So starts a journey that sees Troy, who is mentally fragile and often unstable, and Joe try to escape his mother’s seemingly gentle and un-assuming transphobia.

She literally wants her little girl to look and act like a little girl, and she puts Joe’s change down to being a tomboy.

There are hugely touching moments in this gentle film that shines a light on an issue happening to loving, decent parents.

While their reaction to Joe’s change in identity is very different, both Troy and Sally are under-standable and neither fall into stereotypes of angry, prejudiced people.

Joe is played by a young transgender actor, who does a remarkable job at the complex role. However, not enough focus is placed on his character and the film soon becomes an insight into the destructive relationship of the parents and their struggle and confusion over Joe’s change.

The father and son’s bid to escape on horseback together makes for some good action.

It transports the film into a country and western chase, with a poorly staffed police force clumsily trying to find them. Troy’s mental illness becomes a slightly frustrating distraction to Joe’s plight, again taking the story away from him.

While this film has plenty of heart and some solid performances — even earning Zahn a best actor award and Kerrigan a best screenplay gong at last year’s Tribeca Film Festival — the story is too patchy to give a full sense of the complicated issues Joe and his family face.

IF someone told you to go and see a movie where the main character spends a lot of time examining bladder discharges, you would probably say they were taking the p*ss.

But Charlatan scooped the top movie awards in the Czech Republic this year, including Best Film. 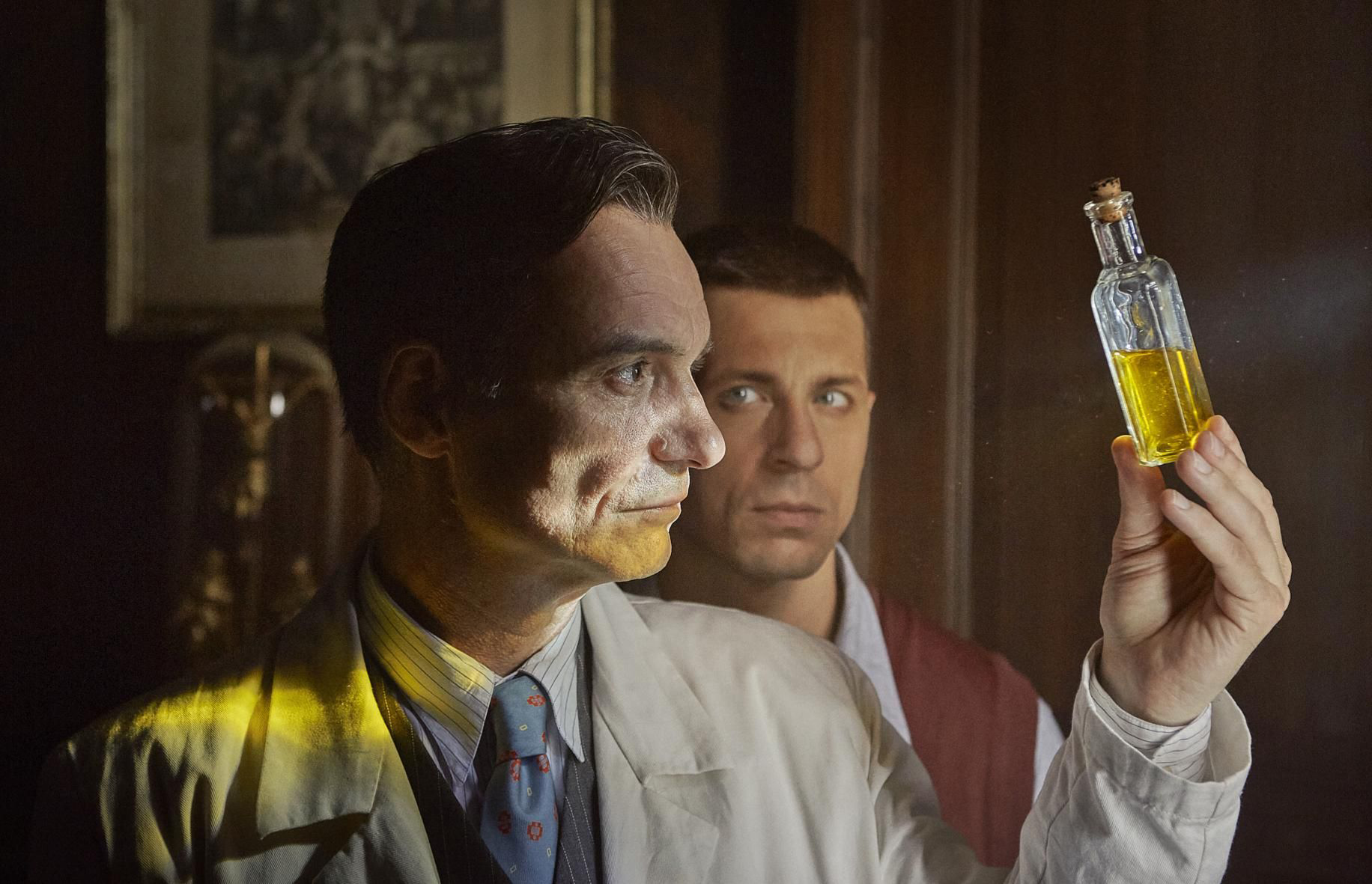 Anyone who believes in homeopathy and faith healing will most likely rejoice at CharlatanCredit: Capital Pictures

It is a partly fictionalised account of the life of a real man – Jan Mikolasek – who claimed to be able to diagnose anyone’s illness simply by examining their number ones.

He would then treat them with a variety of herbal teas. Mikolasek (Ivan Trojan) rose to prominence in the 1930s and was consulted by millions of patients – Britain’s King George VI and Nazi Martin Bormann among them.

Anyone who believes in homeopathy and faith healing will most likely rejoice at Charlatan for its unquestioning acceptance of these practices. Person­ally, I would have thought director Agnieszka Holland could have introduced an element of doubt.

What redeems Charlatan is its portrayal of Mikolasek as a very complicated man, one with a poor bedside manner and questionable motivations. On top of that there is the drama of him getting on the wrong side of the Communist party in 1950s Czechoslovakia.

Overall, though, describing the gloomy Charlatan as being awards worthy is humbug.

THIS feature-length documentary looks at Manchester United from the Busby Babes and the Munich Air Disaster in the 1950s through to the 1999 treble success under Alex Ferguson. 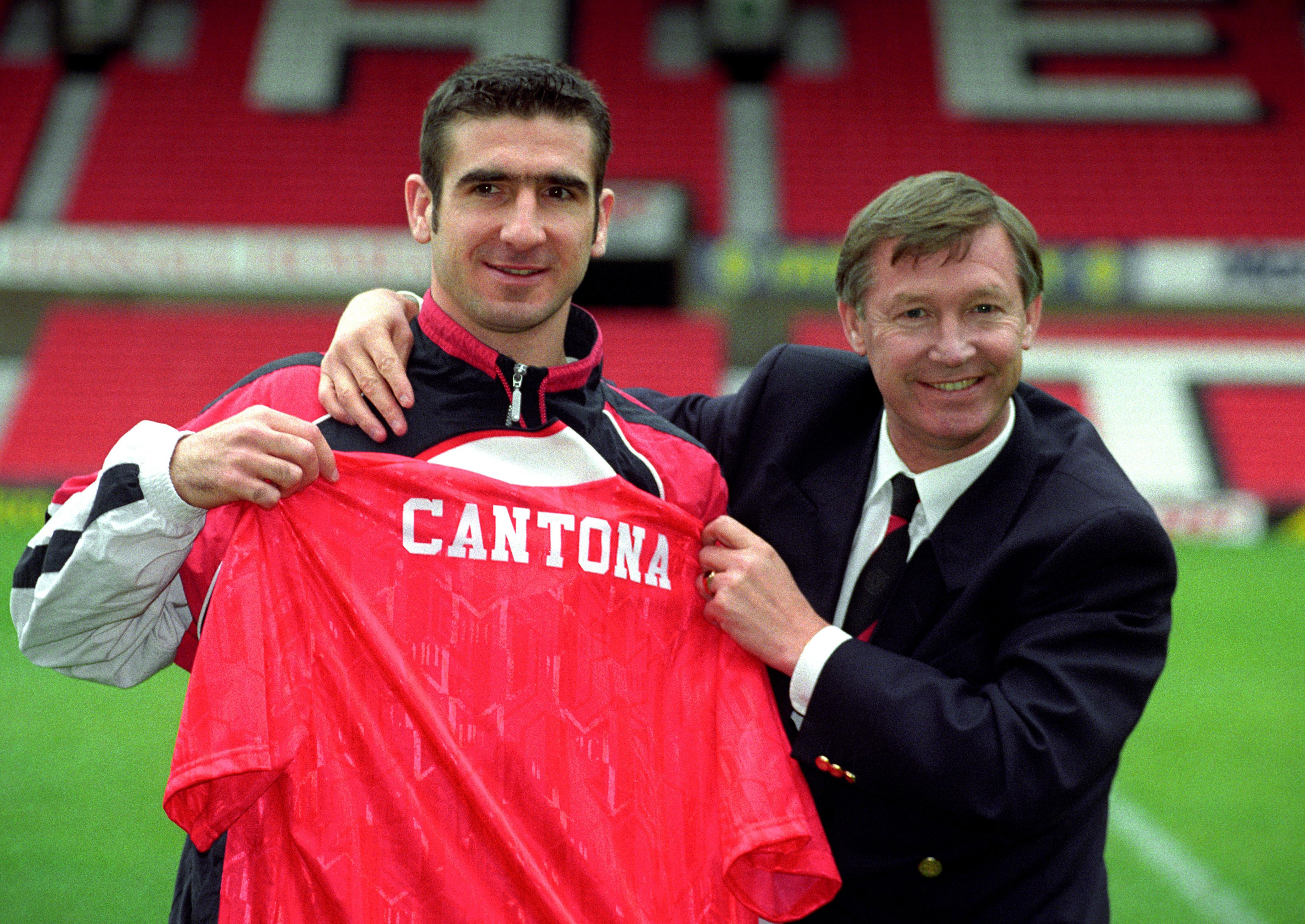 There are also unexpected comments from former Conservative deputy prime minister Michael Heseltine and Shaun Ryder of the Happy Mondays.

The documentary is presented and co-written by club hero Eric Cantona – who offers us his social and cultural insights into what the club means both to him and the city it represents.

Much is made of his £1million signing from Leeds United in 1992 and its transformation of the fortunes of the club, as well as the shock of his dramatic retirement.

And it’s unlikely you will see another former player quoting from Shakespeare’s Julius Caesar in a sports documentary any time soon.

But ultimately Cantona makes for good viewing, offering up honest gems, including that he still wishes that he had kung-fu kicked that Crystal Palace fan harder.

Ivan Trojan and Juraf Loj star in trailer for Charlatan