DAME Emma Thompson has given a new meaning to the term “costume drama” in her latest movie Cruella.

The Oscar winner, who plays glamorous fashion designer The Baroness in Disney’s new live-action extravaganza, reveals: “My underwear was like a sort of ship’s rigging. I mean, there were people hauling on ropes.

“It was a lot. So peeing was hard and involved a team of people.”

Emma, 62, plays the terrifying Baroness von Hellman, opposite the young Cruella, played by fellow Oscar winner Emma Stone, and she says the dressing room routine was a whole lot easier and quicker for her 32-year-old co-star.

She continues: “The underwear was a big old deal. Not for la Stone, obviously, because she’s slender as a lily and didn’t need to wear a corset like a frigging whalebone aria.”

The 101 Dalmatians prequel, which comes out on Friday, is one of the first big movies to be released into cinemas since lockdown eased.

Set in 1970s London, it tells how Cruella first grew cold-hearted and is packed with extravagant costumes. They include the Baroness’s broad- shouldered dresses that curl up, like something that fellow Disney baddie Queen Maleficent would wear.

In the film, the Baroness keeps her figure by dining on small cubes of cucumber rather than substantial meals, whereas Emma can’t abide the tiny morsels that actresses are often expected to eat.

She says: “One of the things I really enjoyed hating about her was the fact that she didn’t eat. 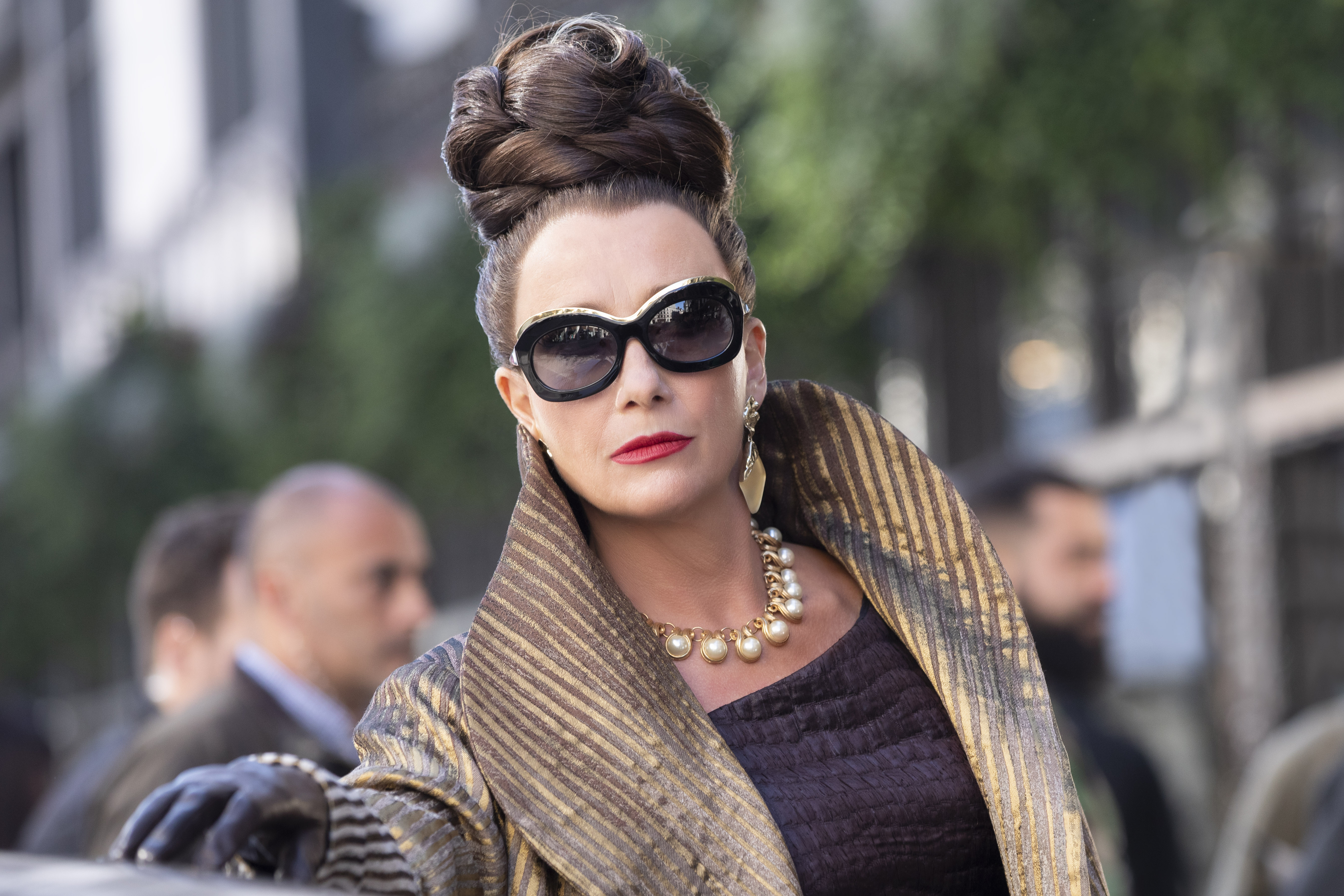 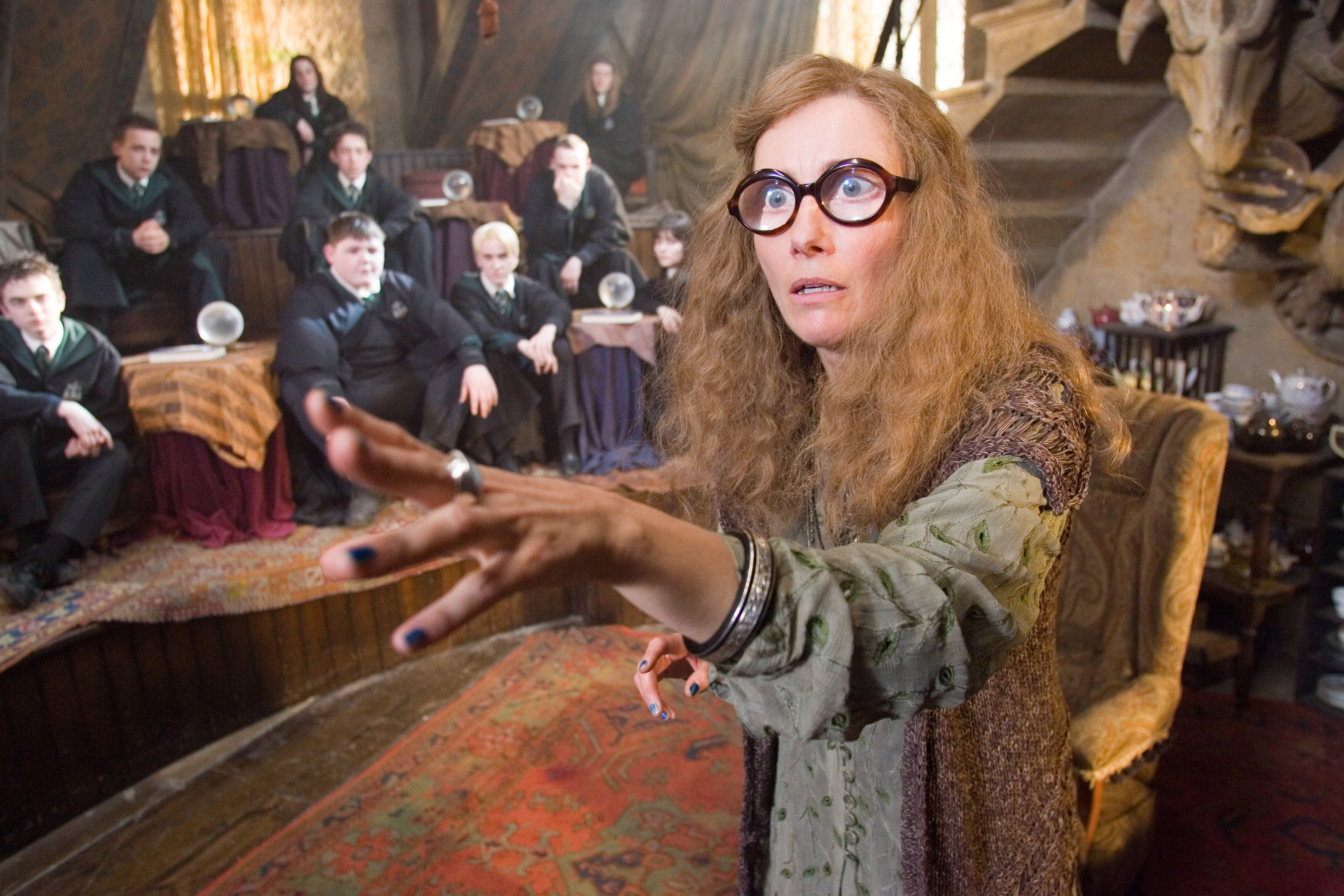 And while that should not be a controversial message, in an era of social media outrage it will most likely upset someone.

But Emma, who was made a Dame in the Queen’s 2018 birthday honours list, is not afraid to say what she thinks.

And after loveable screen roles such as Nanny McPhee, the cheated wife Karen in Love Actually and the anxious Professor Trelawny in Harry Potter, she wanted to throw off that kindly image and head in a very different direction.

That role arrived in the form of the Baroness, a Devil Wears Prada-type boss who terrifies her trembling staff.

She tells employee Cruella that she is only useful “until you’re not . . .  and then you’re dust.”

Later a shop owner who dares to complain about the Baroness’s designs is told: “Your store hasn’t been refurbished since The Blitz.” 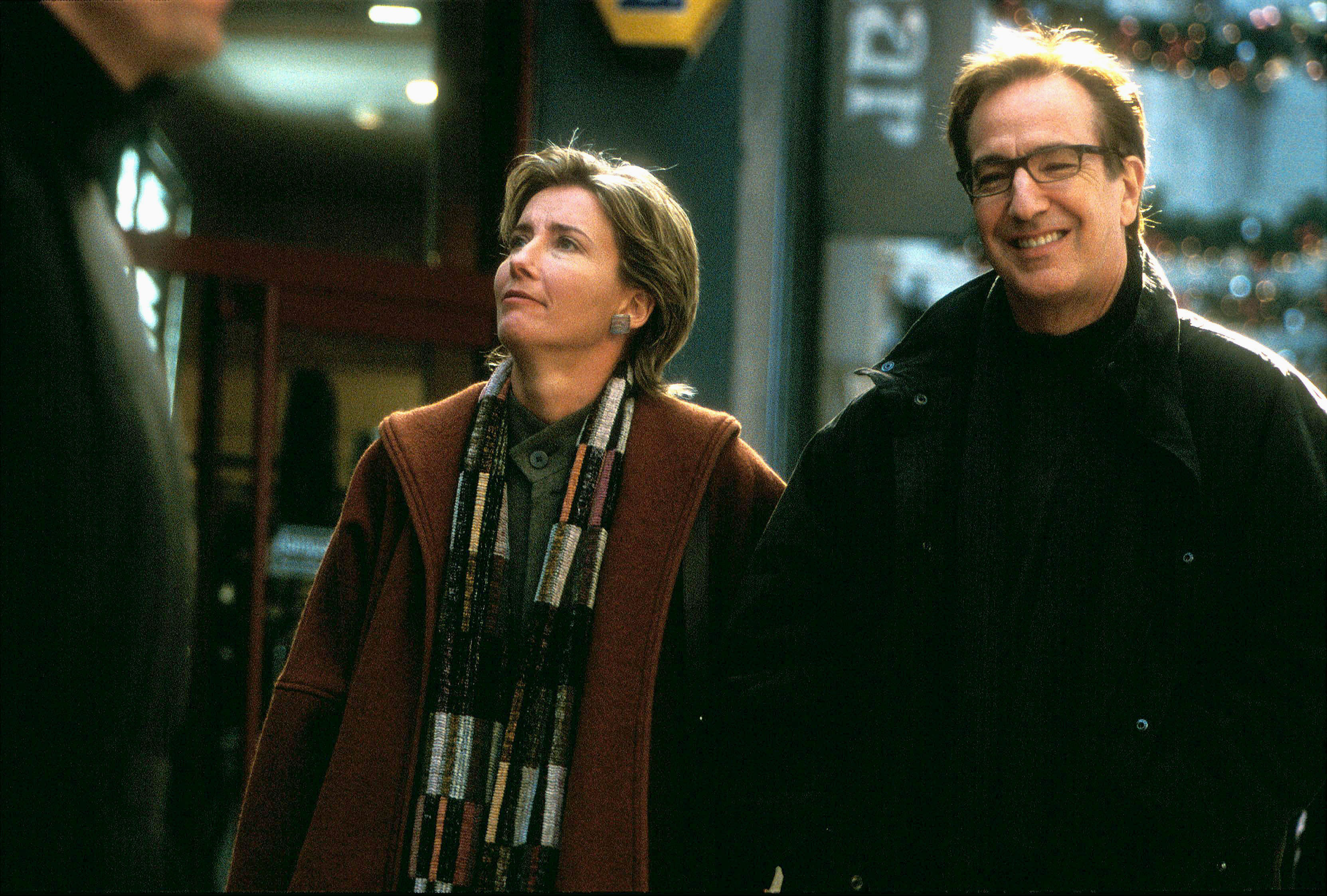 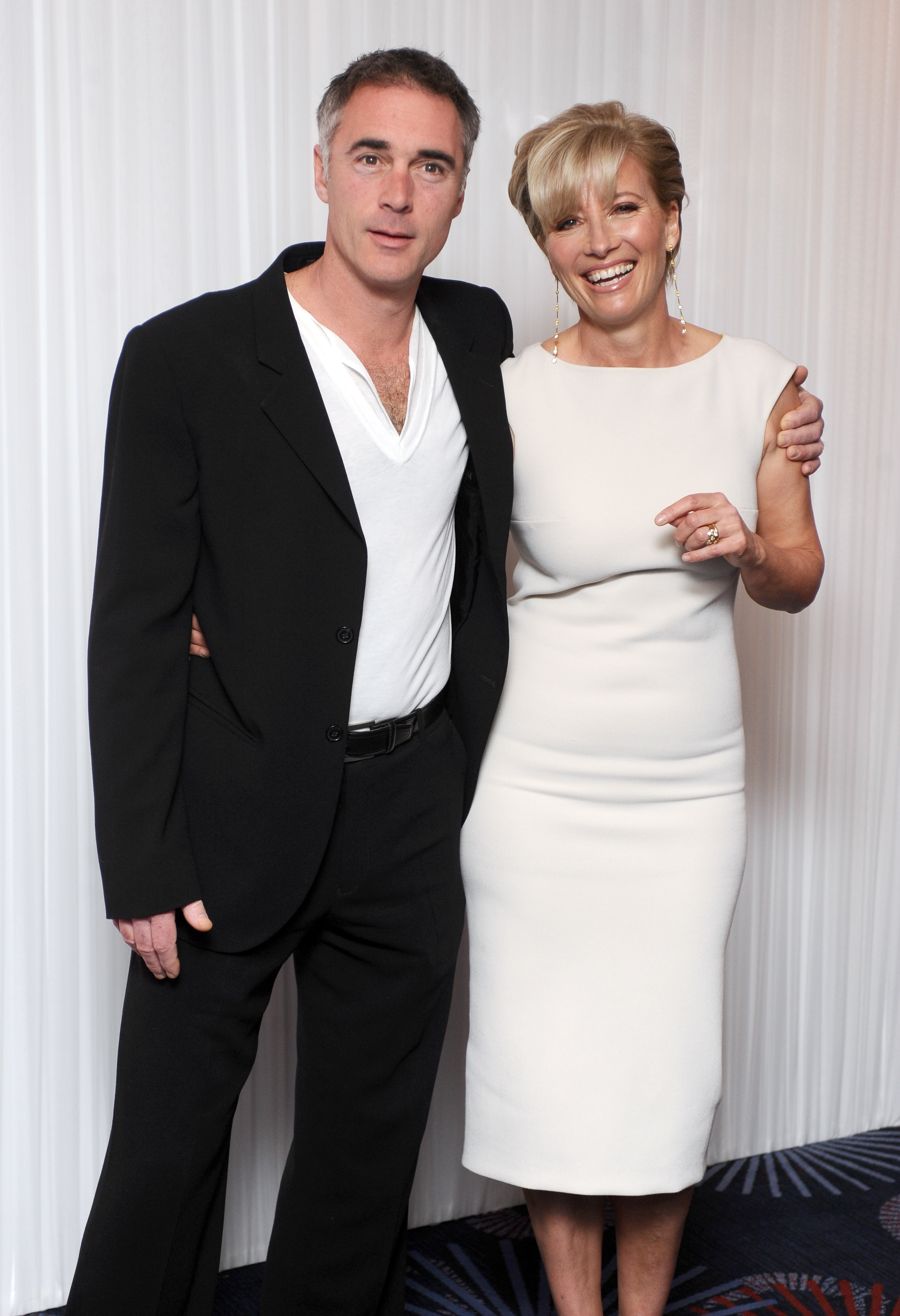 I’ve spent decades playing what my mother used to call ‘good women in frocks’. And now I got to play a really evil woman in frocks

Emma, who has been married to actor Greg Wise for 18 years, says of her inspiration for the role: “I drew on life, obviously.

“I mean, I think if my husband were in the room, he’d say, ‘And no acting required, really’.

“I had such fun doing her because I think I’d been asking for quite a number of years if I could be a villain, a proper villain.

“I’ve spent decades playing what my mother used to call ‘good women in frocks’. And now I got to play a really evil woman in frocks.”

There were a few bosses within the entertainment industry itself for Emma to draw on for her part in Cruella.

In 2019 she quit her role in animated film Luck because of the involvement of studio head John Lasseter, who had left Disney Pixar after allegations of workplace misconduct.

She has also spoken out in the past against predatory men such as Harvey Weinstein, who she called the “tip of the iceberg”.

Emma says: “My experience of people who are truly mean like that and truly hardened and narcissistic is quite rare. But there are quite a number of them in showbusiness — mentioning no names.” 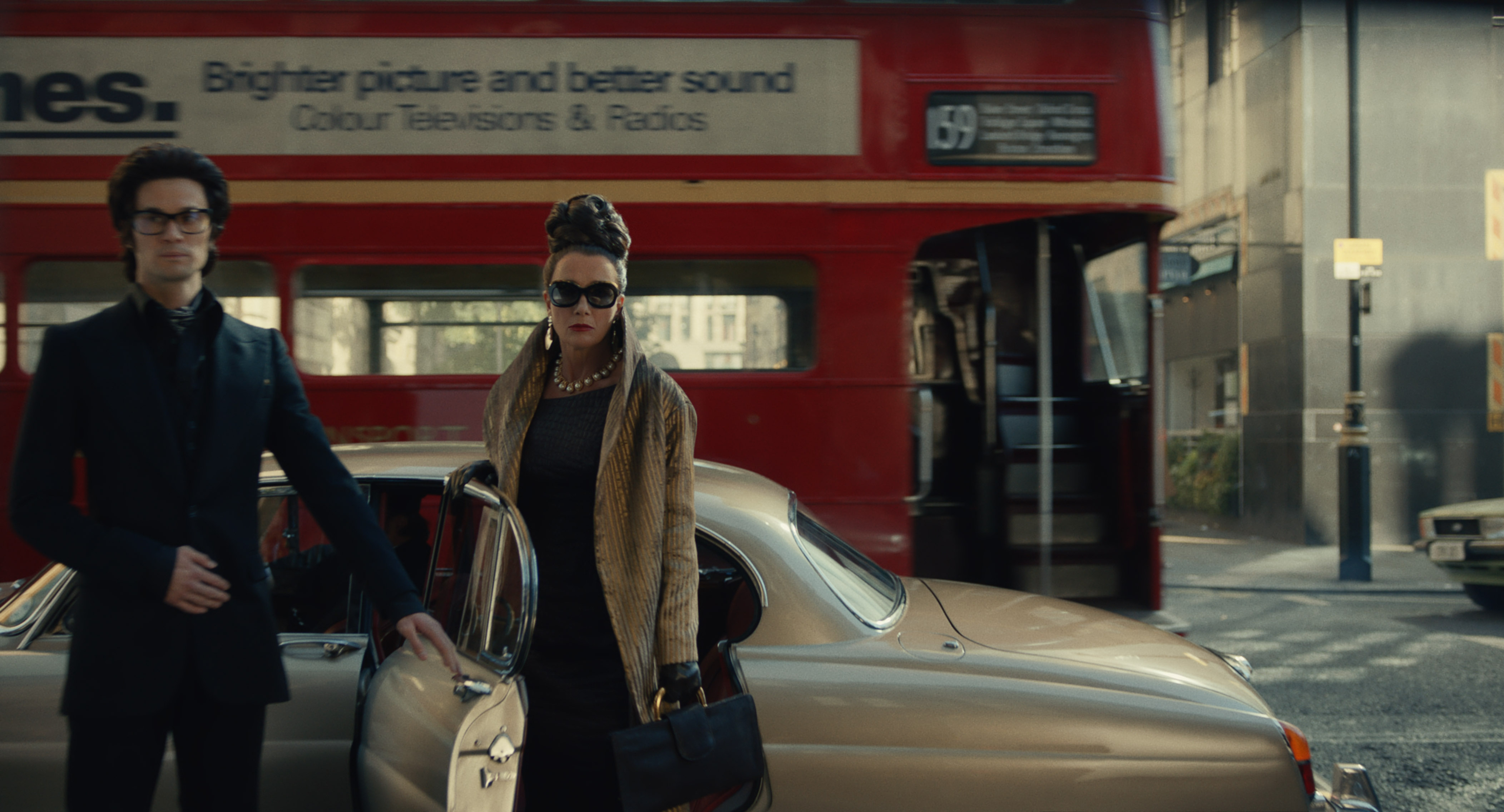 Cruella is set in the 1970s, when Emma was a teenager in LondonCredit: © 2021 Disney Enterprises, Inc.All Rights Reserved. 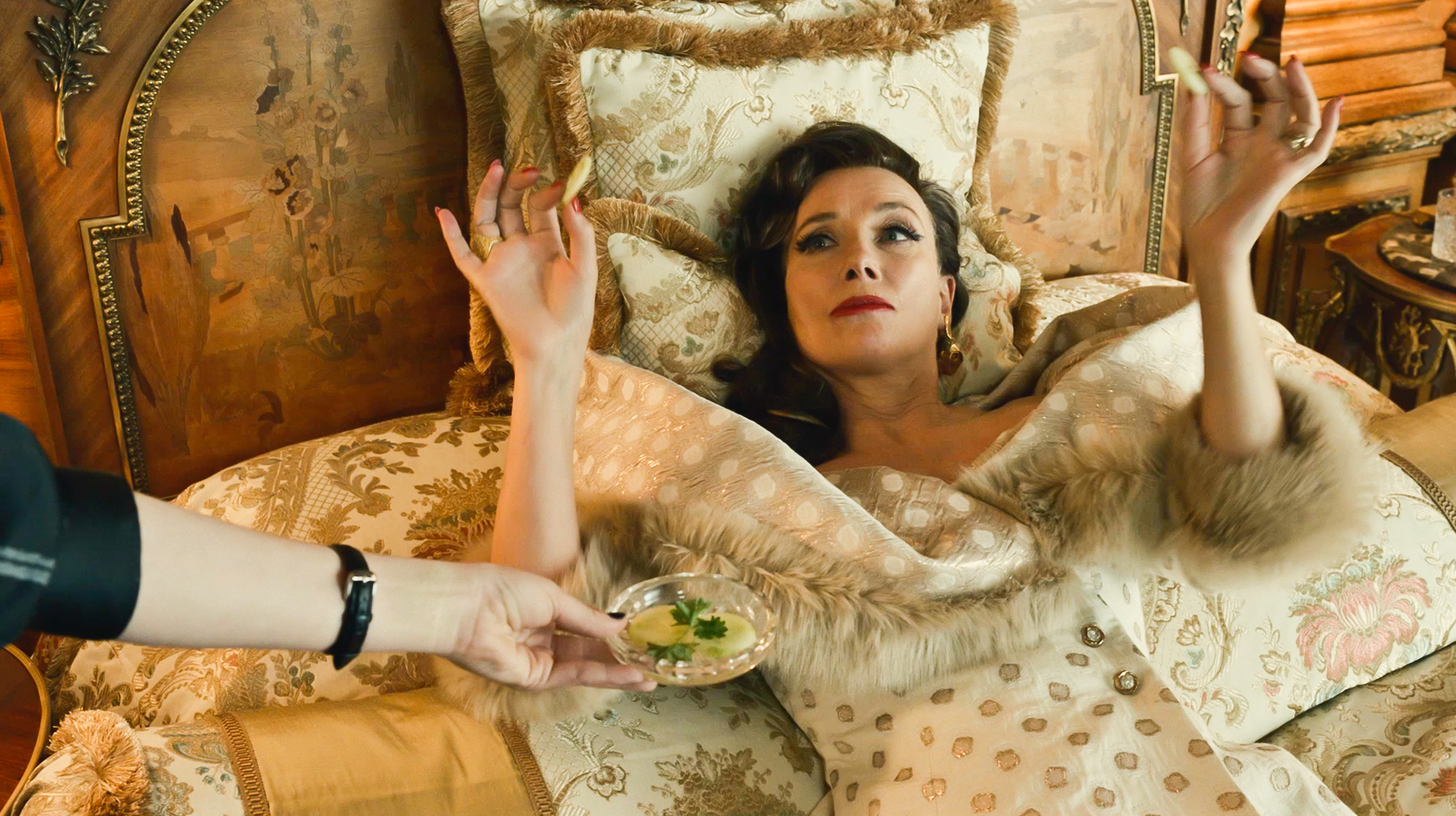 The actress slams her character in the film for not eatingCredit: Supplied by LMK

But finding examples of heartless female characters was less straightforward for her. They are there, but hidden away, she feels.

Mum-of-two Emma says: “We’re all supposed to be nice and good, aren’t we? And bad mothers are simply unforgivable.”

Fortunately she had a loving childhood, being brought up by the actors Phyllida Law, now 89, and the late Eric Thompson, the voice behind 1970s children’s programme The Magic Roundabout.

Emma says: “I was very well brought up by a very kind and wonderful woman, my mum, and my dad, a wonderful man.

“I was surrounded by lovely, kind people.”

Born and raised in London, Emma found making Cruella sparked memories of her own youth because it is set in the 1970s, when she was a teenager in the capital.

The movie even features the same London double-decker bus that she used to catch.

“It was just like being little again and being a teenager going into London to maybe buy myself a top, which would have cost perhaps 50p or something, because we’d only just gone decimal.” 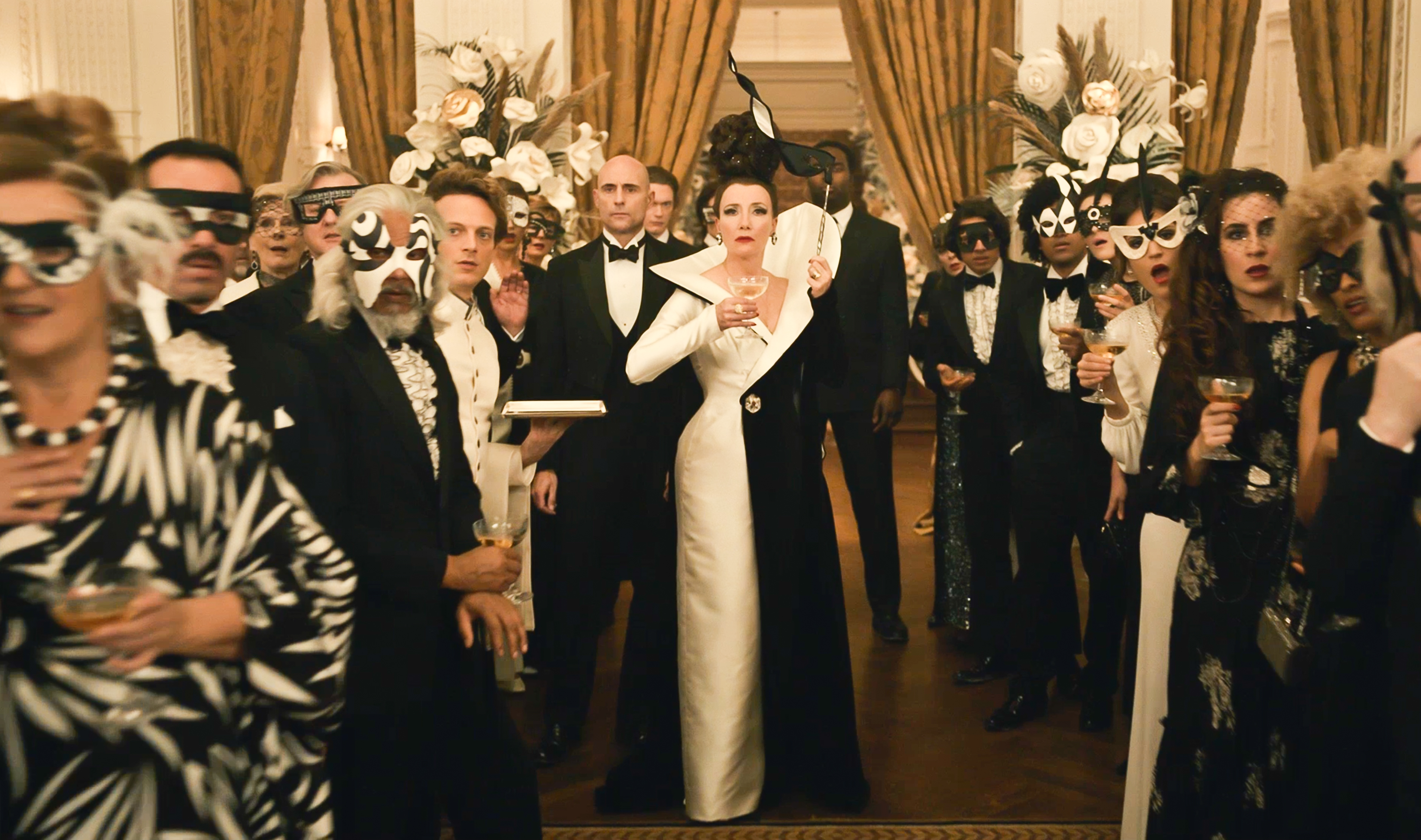 Cruella is packed with extravagant costumesCredit: Supplied by LMK 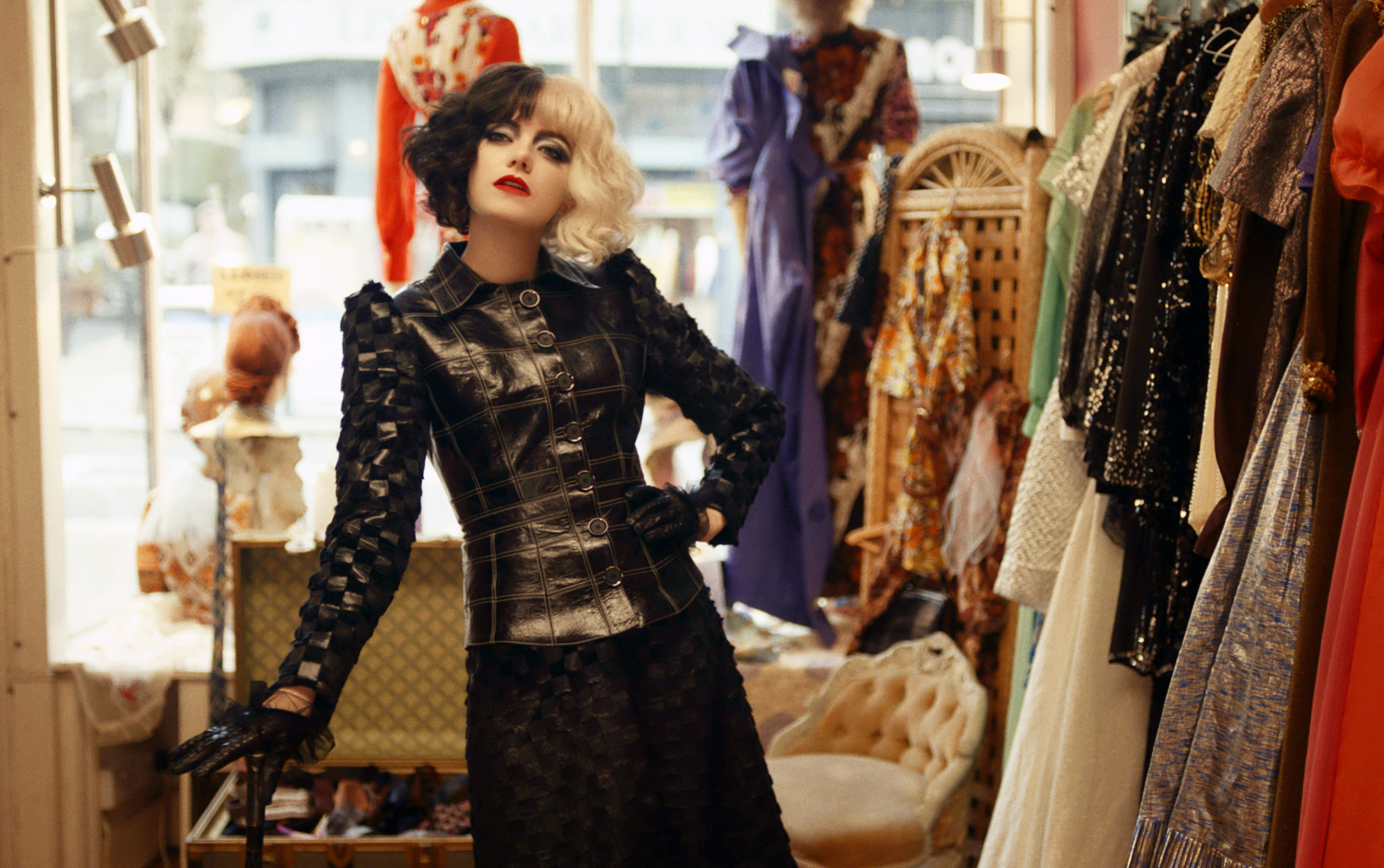 The young Cruella is played by Emma StoneCredit: AP

I don’t trust people who don’t eat. There, I’ve said it. That shouldn’t be a controversial message but it will upset someone on social media

The vintage clothes worn by extras in crowd scenes were also very similar to the ones Emma knew from her teenage years.

She adds: “It was surreal, because I had actually worn some of those clothes. I think some of the supporting artists were in my old gear.

“I mean, we were all in Afghan coats and clogs and smocks and cheesecloth and maxi skirts and wet-look boots.”

Off screen, Emma continues to opt for casual, comfortable clothes, so it was a challenge to strut her stuff in the towering high heels that the Baroness has to climb into.

She says: “I don’t wear anything higher than a flip-flop in real life. And also I had wigs as well.”

Even so, Emma can be persuaded to dress up when it is required.

Showing off her fun side, she recently posed in a series of madcap couture outfits for Vogue magazine in the capital.

The photoshoot included her lying on top of a concrete cube in a massive bright red dress and black wig.

Those images were perhaps the only way she could upstage Emma Stone’s outfits in Cruella.

In typically self-deprecating manner, Emma joshes that she coped with the competition from her younger co-star by blotting out her misery with a spot of refreshment.

She says: “I found it very difficult being with Stone, who is more beautiful, young, talented, etc.

“But I swallowed my bitterness and I dealt with it mostly through drinking negronis one after the other late into the night.”