She couldn’t be there in person, but her video message made up for it (Picture: Youtube/DC/Gage Skidmore)

Dame Helen Mirren has joked that she had been ‘banned’ from Comic-Con for fighting, as she shocked fans with a humorous but risqué virtual greeting at the 2022 event.

The Oscar-winning actress, who stars in the upcoming DC film Shazam! Fury Of The Gods, delivered a special message to convention-goers on Saturday.

Fans were officially introduced to the ‘Shazam-ily’, as a new trailer for the superhero sequel debuted at the Warner Bros theatrical showcase on the third day of Comic-Con.

Stars of the film Zachary Levi, Asher Angel and Jack Dylan Grazer appeared on stage with Lucy Liu during the first panel of the day.

Dame Helen, who plays Hespera, the villainous daughter of the Greek titan Atlas, was not present at the convention, nor was fellow cast member Rachel Zegler, but a joint message from the actresses was played to attendees.

Asked why she was not present, Dame Helen said it was a ‘silly story’. 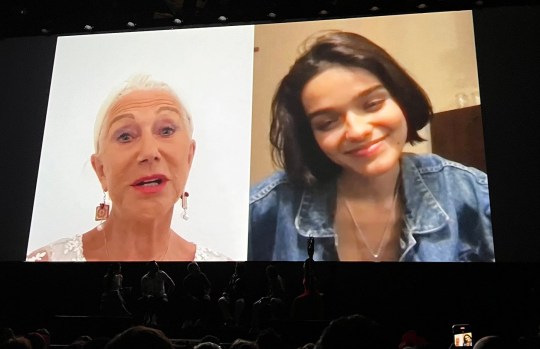 ‘I love Comic-Con and used to go there as a fan, but someone tried to cut in line, and you know how annoying that is,’ she began.

‘Did you get banned from Comic-Con for fighting?’, the West Side Story star asked.

‘Of course not darling, it wasn’t a fight… he went down instantly,’ Dame Helen replied. 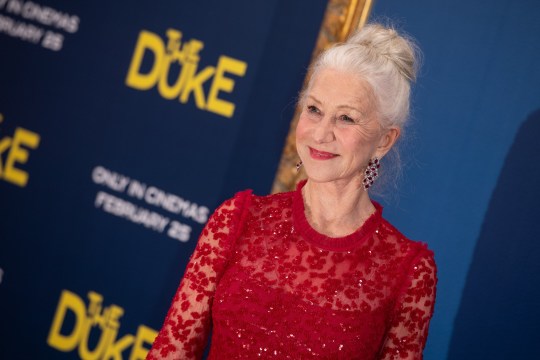 We love her NSFW sense of humour! (Picture: Getty)

She went on to say that she loved playing her ‘delightful baddie’ and told Levi: ‘Zach, I had such a lovely time kicking the s**t out of you.’

Speaking about her female co-stars, she stated that she and Lucy Liu are now ‘sisters for life’, exclaiming: ‘P***y power!’, drawing gasps and laughs from the audience.

She may be in her 70s, but he’s still got a cheeky sense of humour!