Don’t Look Up has been centre of social media conversations since its release in December (Picture: AP)

Don’t Look Up may have divided Netflix audiences but, either way, it’s made history after clocking up a jaw-dropping amount of views in just one week.

The Adam McKay-directed blockbuster stars Leonardo DiCaprio, Jennifer Lawrence and Meryl Streep as astronomers desperately trying to warn the US Government – and the world – of a comet that is heading directly towards Earth, threatening to wipe out humanity.

It’s been a constant conversation on social media since its release and now, the figures are out.

According to Deadline, Don’t Look Up was watched for a total of 152,290,000 hours globally between December 27 and January 2, a record-breaking amount for the streaming service.

Reacting to the news, director McKay admitted he was completely humbled by the feat and tweeted: ‘I’m straight up flabbergasted by this.’

The film, which offers a satirical look at the climate change crisis and misinformation, has also spent two weeks in Netflix’s global top 10 list for TV and films since its release on December 24. Its current nearest contender, The Unforgivable starring Sandra Bullock, stands considerably further behind at 21,310,000 hours viewed. 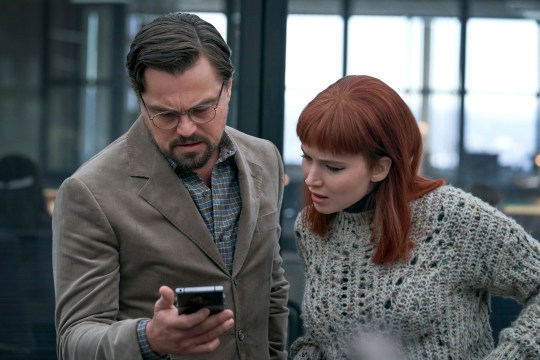 The satire is also currently ranked as the number one film in 92 countries including the UK, the US, Canada, Ireland, France, Germany and Australia.

It’s good news for the Don’t Look Up team overall but somewhat bad news for DiCaprio, who has lost his perfect Rotten Tomato record due to the mixed reviews of the film.

The Oscar-winning actor, 47, had enjoyed an almost 10-year streak of ‘fresh’ ratings for his acting credits, which have included Once Upon A Time In Hollywood, The Revenant and The Wolf Of Wall Street.

However, Don’t Look Up has received mixed reviews from critics despite viewers lauding it for raising awareness of current issues such as climate change and the approach to the Covid pandemic.

The film has racked up a combined score of 56% based on 234 reviews from critics, with audience reviews coming in much higher at 77% based on over 100 reviews by verified accounts.

Don’t Look Up is available to watch on Netflix.