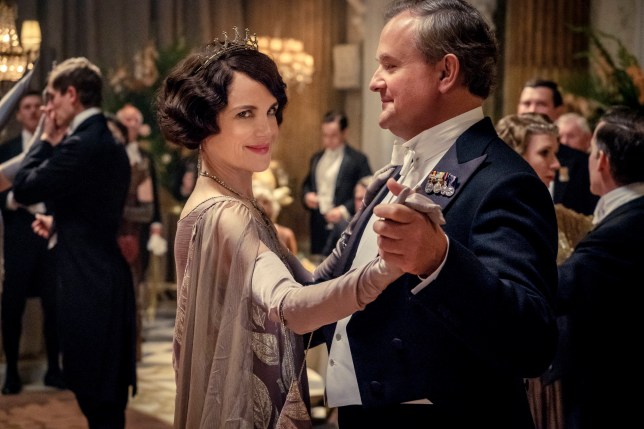 Many of the cast members are expected to return (Picture: AP)

The Downton Abbey movie sequel is officially in the works and it’s exactly what we all need right now.

Naturally, fans are hyped about the second instalment, and Hugh Bonneville, who plays Robert Crawley, Earl of Grantham, has been blessing us with updates as often as possible.

In fact he recently revealed that he has seen a script after Jim Carter, who plays Mr Carson, confirmed last year that the sequel was in the works.

Now, Hugh has said that the ‘planets are circling’ and that ‘they are beginning to get into alignment.’ While we’re not entirely sure what that means, it all sounds very exciting.

What will the Downton Abbey movie sequel be about?

The first film followed the lives of the Crawley family and their maids, butlers and cooks as they were thrown into disarray following the arrival of King George V (Simon Jones) and Queen Mary (Geraldine James).

While the main plot of the sequel isn’t yet known, surely it will have to answer one big question on fans’ minds – the fate of Violet Crawley, Dowager Countess of Grantham (Dame Maggie Smith).

In the first film, the character was shown alluding to her own death, suggesting that she ‘may not have long to live’.

However, creator Julian Fellowes hinted that she may very well make her return in the sequel, telling Empire: ‘We should remember that at the end of the film, Maggie was by no means dead.

‘You imagine Violet is on her way out, but that decision hasn’t been reached.’

Who is in the cast of the Downton Abbey film? 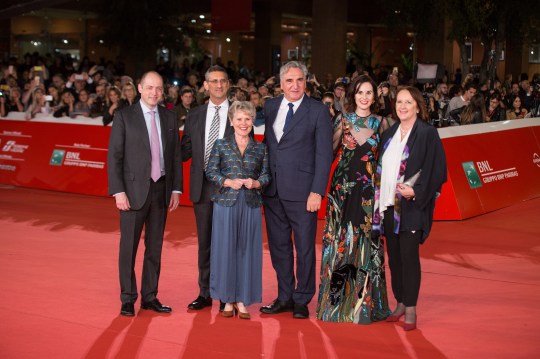 Many of the cast members are expected to return (Picture: Getty Images)

The cast are largely expected to return for the second movie.

Jim and Hugh have openly spoken about the sequel, while other stars including Laura Carmichael (Lady Edith), and Joanne Froggatt (Anna Bates) are also thought to be returning.

Joanne previously said of filming a potential sequel: ‘I think I could be persuaded. I’d love to do it again. It’s just so lovely to go back and work with a group of friends.

‘We’ve worked together for over a decade now. You guys know what it’s like. It’s like going back to school after the summer holidays.’

When is the Downton Abbey film coming out?

The release date is currently unknown, but Jim and Hugh recently revealed that the script has been written.

While there could be delays to filming due to coronavirus, Hugh teased that everyone is keen to get going once they have been vaccinated.

‘Here’s the deal, if everybody who is offered a vaccine takes a vaccine, we can make a movie, we will make a movie,’ he told Zoe Ball on her BBC Radio 2 Breakfast Show.

‘There is a thing called coronavirus knocking around and until that is under control in a sensible way, we are not going to be able to get all those ducks in a row, mixing my metaphors here.’

The ongoing investigation following an incident in which Alec Baldwin fired a prop gun that killed cinematographer Halyna Hutchins on...