Harry Styles has nabbed a starring role in My Policeman (Pictures: PA / WireImage)

Harry Styles has given an insight into his upcoming film My Policeman, but he hasn’t quite bared all.

The former One Direction singer, 28, has a stellar career as both a solo artist and an actor, having been tipped for Oscar glory for his role in the upcoming LGBTQ+ drama.

Starring alongside Emma Corrin and Rupert Everett, My Policeman tells the story of gay policeman Tom Burgess, who struggles to hide his seuality from his wife when he falls for a museum curator Patrick.

Harry recently drove fans wild when a trailer for his other project, Don’t Worry Darling, dropped, which featured some very saucy scenes.

The star was questioned about potential love scenes in My Policeman, and he teased a bit of nudity – or ‘bum,’ to be exact.

During an appearance on the Howard Stern Show, he lifted the lid on stripping for the intimate scenes, and how much ‘trust’ is required for all involved. 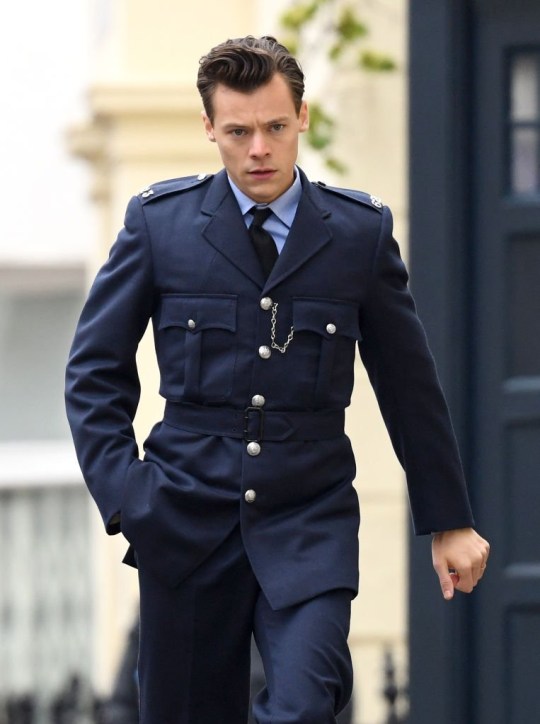 Harry spoke of stripping off for the upcoming project (Picture: WireImage)

‘I wasn’t naked in Don’t Worry Darling. I was naked in My Policeman,’ he clarified.

‘There’s no peen in the final cut. There’s bum bum…

‘I don’t think the peen was intended to be involved. The peen, it was pre-negotiated that that would remain my own.’

Detailing what went into filming the scenes, Harry continued: ‘I think the most important thing in that stuff is trust. I think if you speak about it properly with everyone that’s involved… 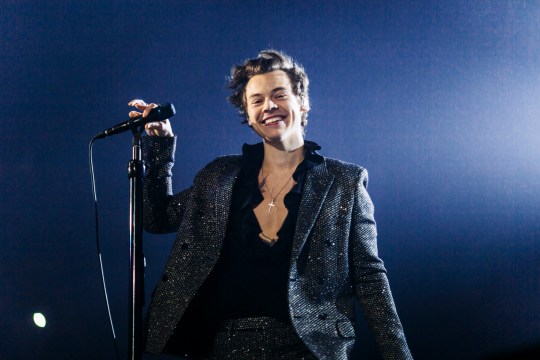 The singer also opened up about his romance with Olivia Wilde (Picture: Getty)

‘If you remember that the most important thing on the set is the two human beings doing it.

‘If at any point either one of you is uncomfortable, I think having the conversation where it’s like, “It doesn’t matter if they’re getting great stuff, if you don’t feel good, you tell me and we’ll stop.”‘

As well as the nudity involved in the script, the Adore You musician explained that he felt ‘incredibly vulnerable’ just in kissing scenes, as this was something he had never done in front of an entire camera crew before. 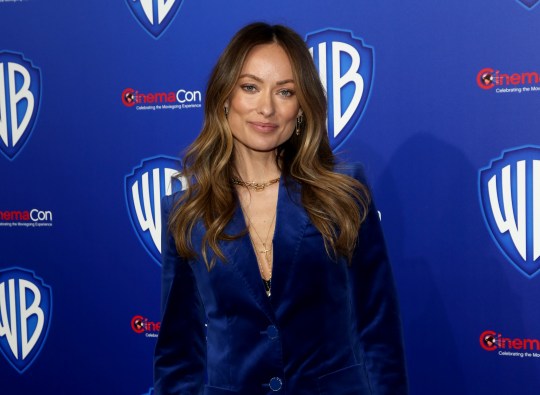 Olivia and Harry were first linked at the beginning of last year (Picture: WireImage)

‘I’d never kissed anyone on camera before and it felt like giving a part of myself away in some ways,’ he added.

‘It does feel incredibly vulnerable.’

Elsewhere in the wide-ranging chat, Harry was questioned on his relationship with partner Olivia Wilde – who happened to direct him on upcoming film, Don’t Worry Darling.

The pair were first linked last year and have kept their romance mostly out of the spotlight, refusing to address the speculation surrounding their bond.

Howard couldn’t help but bring the topic up, simply asking him about falling in love on a movie set.

Attempting to sidestep the question, Harry added: ‘I had a wonderful experience being directed by Olivia. I think there is something that obviously … acting is very uncomfortable at times. I think you have to trust a lot.

‘Being able to trust your director is a gift. That was very helpful, and it really meant for a really nice experience working on that movie.’