The official posters for House of Gucci have finally dropped, and there’s only one person on anyone’s minds – Jared Leto.

We were given our first proper glimpse at the star in character as Paolo Gucci earlier today, alongside co-stars Lady Gaga, Adam Driver and Al Pacino.

The 49-year-old was the very definition of unrecognisable in his solo shot, with prosthetics giving him a larger face.

He also sported a receding grey hairline and moustache.

Jared looked stylish in the portrait, donning a checked grey blazer and striped shirt, with a patterned tie.

The Joker actor finished the stoic look with a white flower pinned on his lapel. 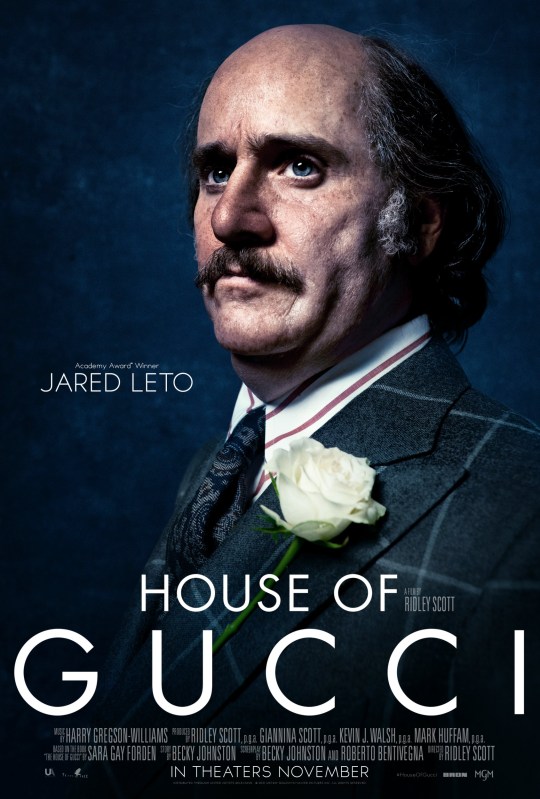 Fans went into meltdown over the transformation, flocking to Twitter to dissect the photo.

‘How is this Jared Leto bro,’ a baffled follower commented.

Another praised: ‘Jared Leto’s range is extremely powerful and impactful, and he always understood the assignment!!!’

As one agreed: ‘One thing about Jared Leto, he knows how to get into character!!!! The man can act! And I love him!’ 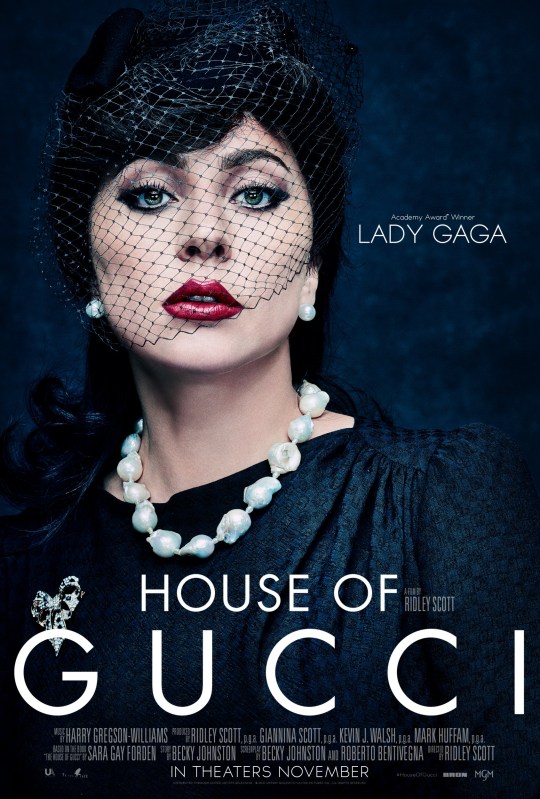 Lady Gaga also did not come to play in her portrait (Picture: MGM / Splash)

‘HOW IS THIS JARED LETO?! Academy Award nom for Hair & Makeup on its way,’ a Twitter user predicted.

‘And here we have the frontrunner for hair and makeup #Oscars #JaredLeto,’ a fan vowed, with an impressed person adding: ‘I can’t get over that this is Jared Leto.’

House of Gucci follows the true story of Patrizia Regianni, who was convicted of plotting the 1995 murder of her ex-husband Maurizio Gucci (Driver).

The film, directed by Ridley Scott, is based on the book of the same name by Sara Gay Forden, and has been slated to be released later this year.

We will be counting down every second until it hits the big screen.