Tom has some strong feelings about House of Gucci (Picture: GC Images)

Tom Ford was pretty amused by House of Gucci and has revealed in a scathing review that he ‘often laughed’ while watching the film.

The Ridley Scott-directed crime drama boasts a star-studded cast including Lady Gaga, Al Pacino, Salma Hayek and Adam Driver. It follows the true story of Maurizio Gucci (Driver)’s murder and his ex-wife Patrizia Reggiani (Gaga), who was convicted of hiring the hitman who killed him in 1995 – years after their marriage fell apart.

It also recounts the bitter drama and jealousy riddled in the Gucci family, which eventually lost them their empire.

Ford, who worked at Gucci between 1990 and 2004, is briefly depicted in the film by Reeve Carney, and had some interesting thoughts on the drama.

In a lengthy review for digital publication Air Mail, the fashion designer and filmmaker wrote: ‘I recently survived a screening of the two-hour-and-37-minute film that is House of Gucci.’

He went on: ‘The film is … well, I’m still not quite sure what it is exactly, but somehow I felt as though I had lived through a hurricane when I left the theater. Was it a farce or a gripping tale of greed? I often laughed out loud, but was I supposed to?’

Ford, 60, found it ‘hard to see the humour and camp in something that was so bloody’, noting that in real life it didn’t seem very camp – perhaps ‘absurd’ at times but ‘ultimately it was tragic’.

The designer seemed to take particular issue with the portrayal of Paolo Gucci, the former chief designer at Gucci, portrayed by Jared Leto. 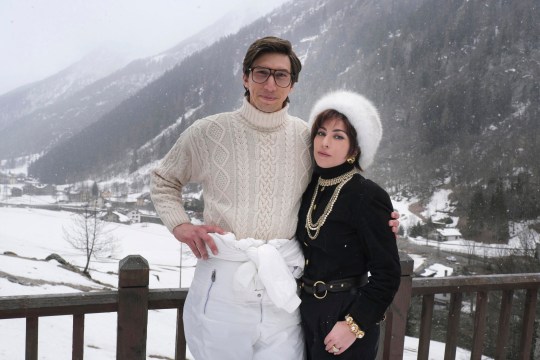 He said: ‘Paolo, whom I met on several occasions, was indeed eccentric and did some wacky things, but his overall demeanour was certainly not like the crazed and seemingly mentally challenged character of Leto’s performance.’

‘It is hard for me to divorce reality from the glossy, heavily lacquered soap opera that I witnessed on screen,’ he added.

However, the Nocturnal Animals director had much praise for Gaga whose performance as Patrizia was ‘spot-on’, while he found the costumes ‘impeccable’ and cinematography ‘beautiful’.

House of Gucci has received mixed reviews with criticisms including the bloated runtime and Gaga’s Italian accent.

House is Gucci is out in cinemas now.