I gorged on takeaways & pizza daily – I thought it was fine as I’m a size 8, but the junk food aged my body by a decade

NURSE Keely Sutton stops off at McDonald’s after a 12-hour shift for her usual order of cheeseburger and chips — her fourth takeaway of the week.

Surprisingly, the 40-year-old is physically fit and only a size 8/10 — but she is at risk of causing serious damage to her health with her diet. 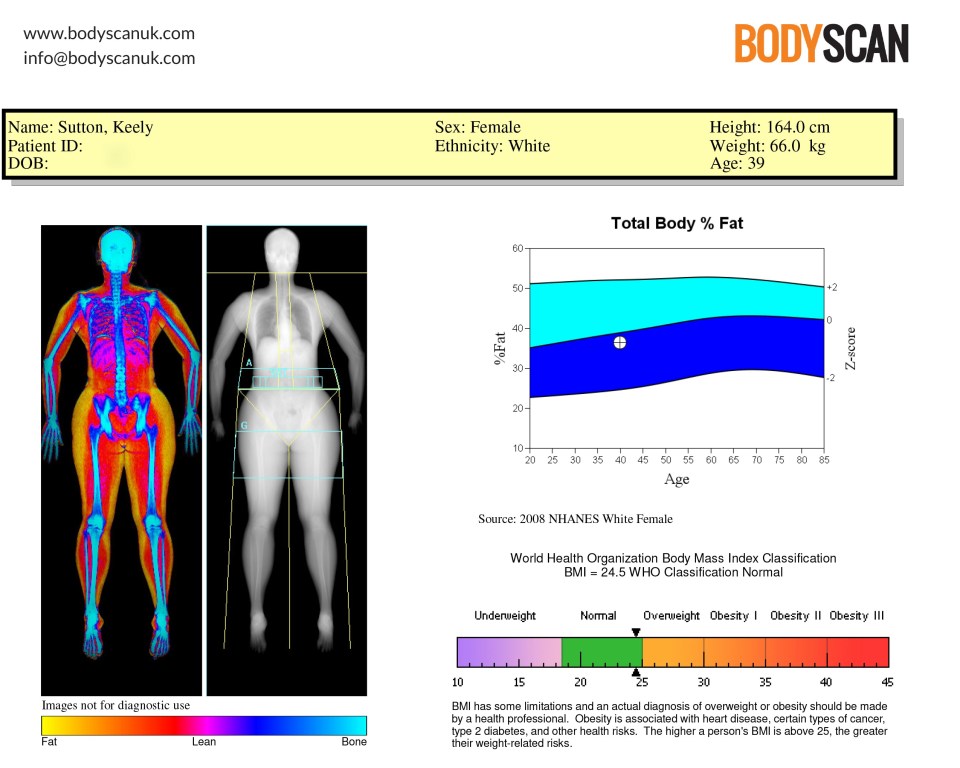 News Group Newspapers LtdThe orange around the body scan above, highlights where fat is building up[/caption]

After undergoing an internal fat scan, Keely discovered that her addiction to fast food is putting her at risk of Type 2 diabetes, heart disease and even dementia.

Her visceral fat — the type that builds up around the body’s major organs — is that of a woman in her fifties, and she has more body fat than 75 per cent of women her age.

Keely, from Blaby, Leics, went for a DEXA Body Composition Scan after telly personality Dr Chris van Tulleken, 42, revealed that eating junk for a month aged his body by a decade.

Mum of two Keely says: “Until the scan, my diet never really worried me. I’m not overweight and I’m happy with how I look.

“I go to the gym a couple of times a week and I’m on my feet a lot and do lots of walking. I reckon I burn off most of what I eat.

“But even though I’m slim, I know my diet was bad.

‘I love sausage rolls and fry-ups’

“As a nurse, I’m on my feet all the time working 12-hour shifts, but by the time I get home I could never be bothered to cook so I’d just grab a takeaway.

“I’m a single mum so I don’t have a partner at home waiting to cook me tea.

“I’d order from Domino’s twice a week and I’d often grab fish and chips or a McDonald’s for me and the kids.

“I love sausage rolls and fry-ups, and mid-shift I’d often have a bag of crisps or a chocolate bar as I need the energy to get me through long days at work.

“We get bought lots of cakes and sweets too so it’s rare I go a day without a treat.

“Lunch was often a meal deal. My favourite is a bacon, egg and tomato cobb sandwich with crisps, a fizzy drink and an M&Ms grab bag on top. It’s all about convenience.

“However, I’ve always tried to make sure my 16-year-old daughter and 13-year-old son eat healthily.

“We always have lots of vegetables with our Sunday roast but I love a pudding so we often follow it up with apple pie and custard and I’d still have a chocolate bar later, too.”

While Keely looks healthy from the outside, the results of the bodyscan showed that her total body fat is 21.4kg — the ideal number for a typical woman her age is 17kg.

And Bodyscan director Philip Chant, who carried out the scan at his London clinic, suggested she lose 9kg — which is 1st 5lb — to get into the ‘low fat’ zone.

He explains: “The scan showed she is carrying quite a bit more fat than she expected. The level of visceral fat (shown in orange on the scan) she has is actually what we would expect to see in an average woman of 50.

“Visceral fat is what we refer to as ‘bad’ fat around your organs that increases the risk of Type 2 diabetes, heart disease, stroke, colon cancer and dementia.

“If you look closely, you will see bright orange spots within the red areas around Keely’s waist, either side of the spine. This is indicative of visceral fat.

“Typically, visceral fat starts to increase dramatically for both sexes in the late 40s and early 50s.

“While women carry less than men, the rate of increase for women over 50 is double the rate for men at the same age.”

Shocked by the results, Keely now intends to start living more healthily — something her daughter has been encouraging her to do for some time.

Keely says: “I’m a nurse so I probably should have been worried about what I ate, but because I couldn’t physically see anything wrong with me, I didn’t.

“My daughter is on social media, and has become very aware of her own appearance and wants to be healthy. She is very slim, but she would say to me, ‘Mum, we had a McDonald’s yesterday, do we have to eat chips again today?’.

“So I’d cook a big bowl of pasta instead — it’s better than a takeaway.”

Unfortunately, there is no quick fix to break down visceral fat. Philip says: “The best way is to reduce your overall level of body fat and to increase exercise.

“Keely’s body fat is 36.5 per cent, which puts her in the 75th percentile. This means she has a higher body fat per-centage than around 75 per cent of women of a similar age who have had a DEXA body scan.

“Visceral fat is metabolically active and responds directly to exercise, which subcutaneous fat (the fat you can pinch) doesn’t.

“But the most effective way of lowering your level is by being careful about what you put in your mouth.”

For Keely, this is the wake-up call she needs. She says: “I’ve had my heart rate, bloods and cholesterol checked. All my results were in the normal range.

“But it goes to show that these tests can’t tell you everything about your health or the longer-term implications of your lifestyle.

“If I carry on the way I am, I am at risk of all sorts of nasty illnesses.

“I now know that I need to break into a sweat three times a week to lose the fat on the inside.

“It’s all the invisible fat you can’t see when you look in the mirror. I’ve already started cooking healthier meals such as fish with rice or chicken salad and I also weigh food like cereal to make sure I’m sticking to the recommended 30g serving.

“If I stick to around 1,500 calories a day, I can shift the fat now. It will be harder to lose when I get older.

“I’ve also upped my gym training and I feel so much healthier as a result.”

Despite her food and fitness overhaul, Keely says junk food isn’t entirely off the menu, and believes it is down to individuals to decide what they eat.

She says: “It is personal preference what people choose to eat and drink. People should be encouraged to make healthier choices.

“You can’t tell people what to eat and what not to eat.

“If it’s a bit pricier, those who want fast food will still buy it. An extra few pennies wouldn’t have put me off. It’s just those less well-off that end up hardest hit.” 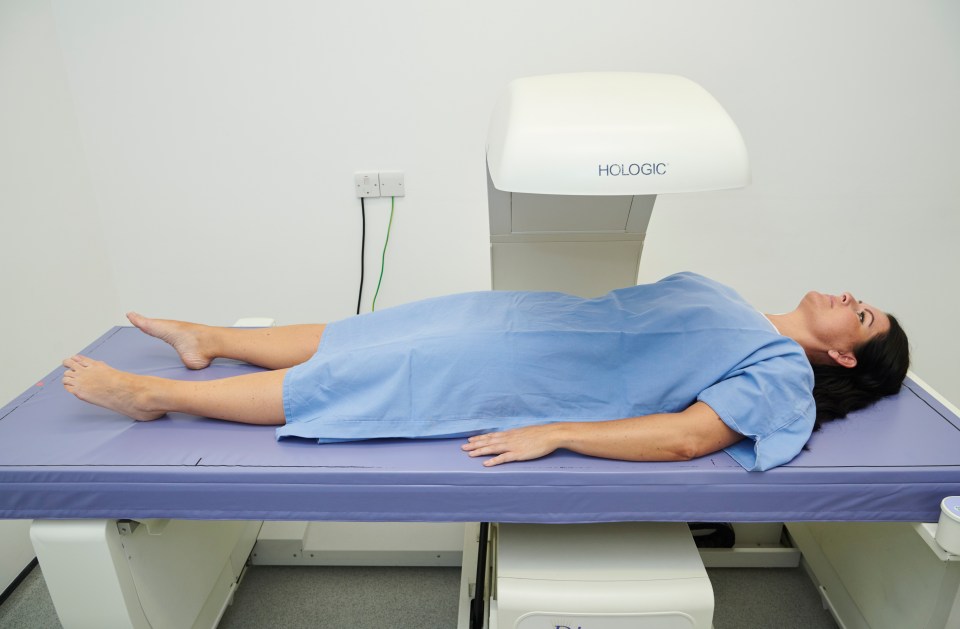