An actor tripped up while filming Indiana Jones 5 (Picture: PA)

Indiana Jones 5 was brought to a halt after an actor took a tumble during a chase scene in Glasgow.

Filming for the so-far unnamed movie has shut down parts of the city centre, transforming buildings and businesses into Manhattan of the late 1960s and mimicking a parade for the returning Apollo 11 astronauts.

However, everything was brought to a standstill when one of the actors fell over and had to be seen by an ambulance crew. The incident comes just weeks after Harrison Ford sustained an injury as he filmed a fight scene.

The performer, whose name is not known, appears to be involved in a chase involving Harrison Ford’s character through the parade, when he races through a brass band of sailors.

But disaster struck during one of the takes and the actor fell, prompting the attention of the medical team.

Luckily, the cast member was soon back on his feet and gave the crowd a wave to signal he is not seriously hurt. 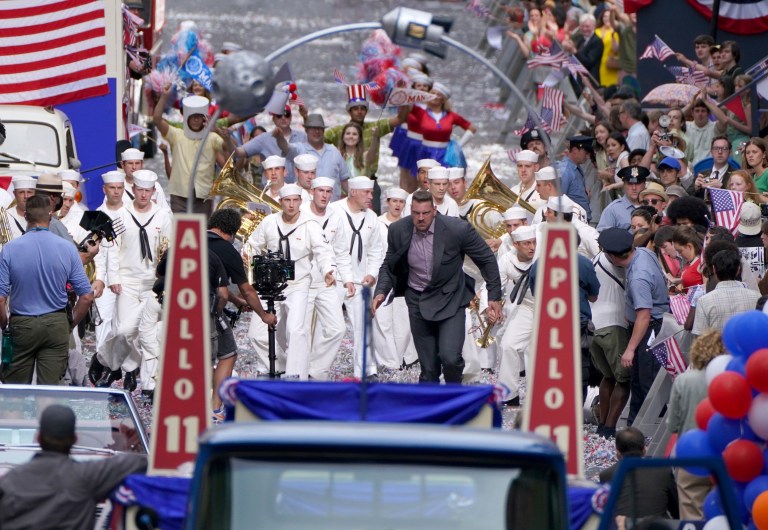 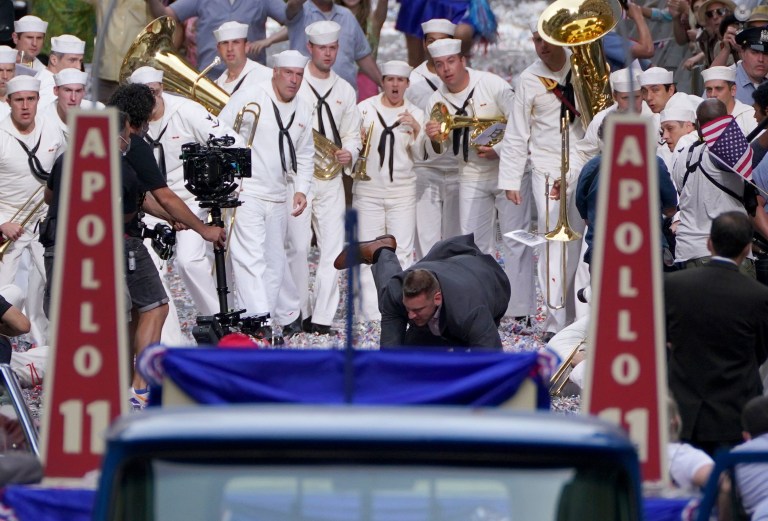 A cast member fell to the ground in a dramatic moment caught on camera (Picture: PA)

Before the incident, director James Mangold could be seen instructing the actor on his performance.

At other points in Sunday’s filming, a body double for Ford could be seen riding a horse and bursting through a banner adorned with the words ‘a giant leap for mankind’ – the phrase made famous by Neil Armstrong when he took his first steps on the moon in 1969.

A body double for actor Boyd Holbrook was also seen as part of the chase scene on a motorcycle. 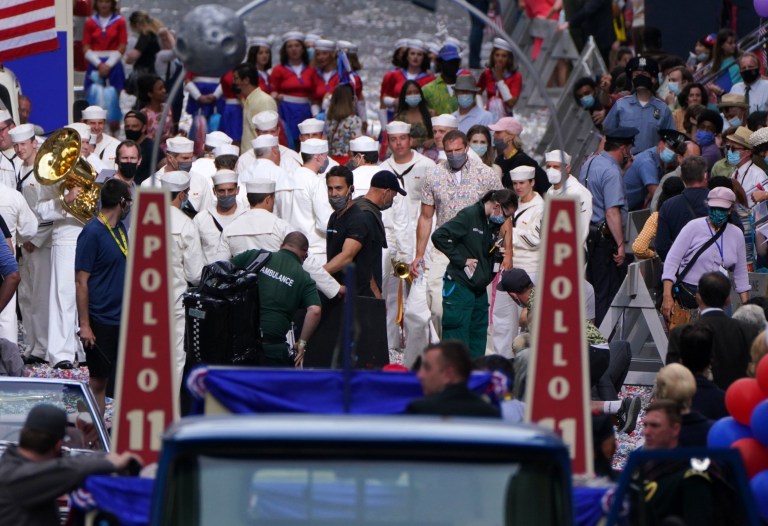 The actor was given medical attention during a scene (Picture: PA) 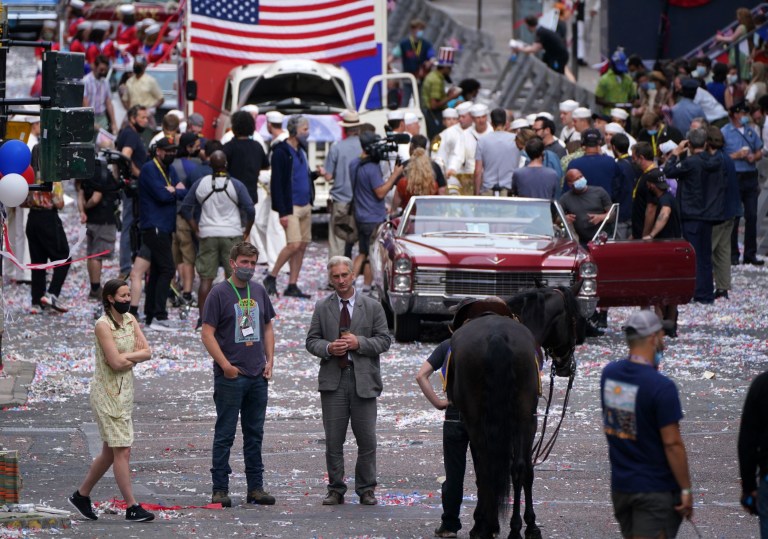 Phoebe Waller-Bridge, star of Fleabag, was pictured on set on Wednesday at Cochrane Street.

Parts of the city centre will be closed on various days until July 31 for filming.

Vehicles will not be able to wait, load or unload – or even move – on other dates along St Vincent Street, Hope Street, West Nile Street and Wellington Street, among others.

Filming will move along to the Trongate, Montrose Street, Bothwell Street and Blythswood Street as the month goes on.

Vehicles will not be allowed to move along the M8 Kingston Bridge off-ramp to Bothwell Street from 8pm to 10pm between July 26 and 28.