TOP GUN fans are desperate to know if the Ice Man will return for the sequel.

Val Kilmer made the role famous in the original 1986 film, and moviegoers want to know if he will appear in Top Gun 2.

Accepting the part of Ice Man in the original 1986 film proved to be a fortuitous break for Val.

Top Gun was the box office’s biggest hit of that year, and Val’s line, “you can be my wingman any time,” is part of pop culture.

The good news is the actor is in the movie, but you better be ready for the most heart-tugging moment in the film.

Tears have been shed in previews, as the actor makes a return to the role of cocksure Tom “Iceman” Kazansky that made him famous.

A highly charged scene with Tom Cruise’s pilot, Maverick, is at the emotional heart of the movie that has received five-star reviews. 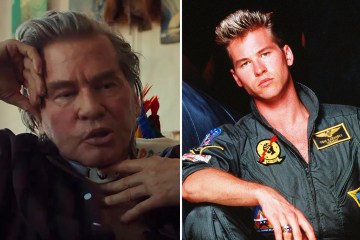 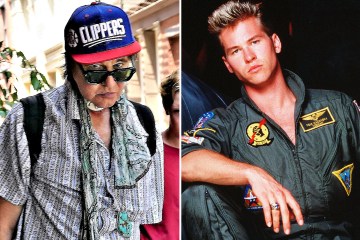 In the new film his character is an admiral in command of the US Pacific Fleet and on friendlier terms with top test pilot Maverick, who is trying to dodge a promotion that would see him grounded. 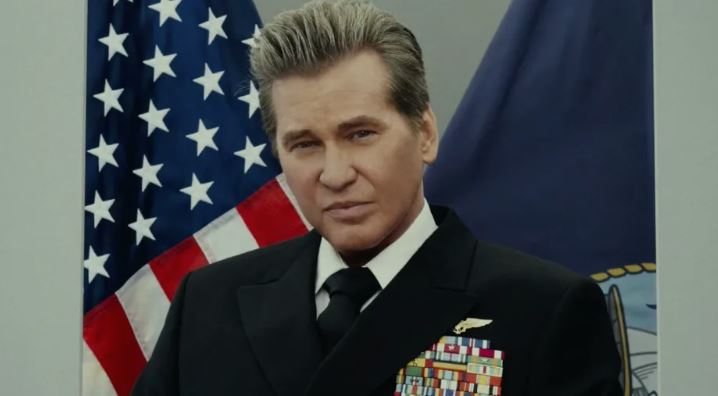 What cancer does Val Kilmer have?

The 62-year-old actor lost his voice as a result of life-saving throat cancer surgery.

Ex-girlfriend Cher, who he dated in 1981 before he was famous, proved crucial in Val’s life-saving cancer treatment.

In 2015, the actor was short of funds and living alone after a property deal in New Mexico had cost him millions of dollars in the 2008 financial crisis.

Val woke one morning in a pool of blood he had coughed up due to a growing lump in his throat that had been making it difficult for him to swallow.

“I presumed this was the day of my death”, he wrote in his autobiography I’m Your Huckleberry.

He was given an emergency tracheotomy — an incision through the front of the neck and into the windpipe to help a patient breathe — at nearby Santa Monica hospital.

But he needed ongoing care and it was lifelong pal Cher who organised for him to be transferred to the David Geffen School of Medicine, which is renowned for its cancer research.

He wrote: “Once Cher works her way inside your head and heart, she never leaves.”

Which Top Gun stars appear in the new movie?

Tom Cruise and Val are the only original Top Gun cast to appear in the sequel.

Sadly she revealed she was never approached to reprise to the role of Charlie.

“I’m old, and I’m fat,” she told Entertainment Tonight. “And I look age-appropriate for what my age is. And that is not what that whole scene is about.

“I’d much rather feel absolutely secure in my skin and my age than place any value in all that other stuff.”