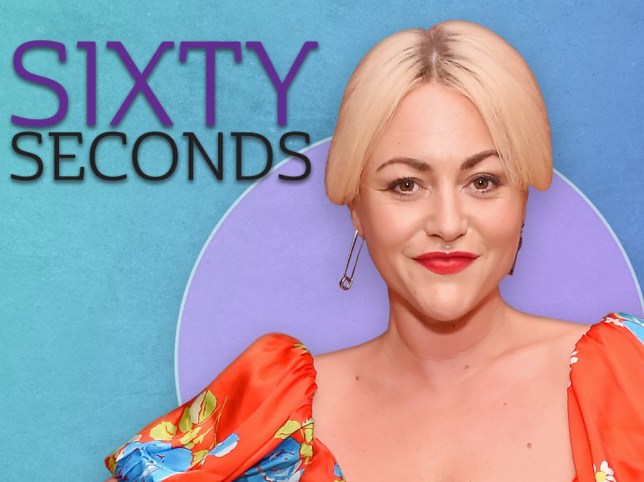 Jaime Winstone gets frank about what life is really life for an actor in the current climate (Picture: Getty)

The actress, 35, talks about her love letter to London, home schooling and being mentored by Barbara Windsor.

It’s shot beautifully and does feel like a very different time. It feels like it captured those final moments and I keep wondering whether we’ll have that again.

It was also inspiring to work with women juggling a camera with a baby on their hip and managing to keep their creative flow going.

The film received nominations at the Raindance and Edinburgh film festivals. Why do you think it resonated so much?

I think because everyone who’s lived in London has this deep connection with its wonder and secret little places. Whether you love it or hate it, we’re committed.

And there are so many homages to what people love about London, even if it’s an everyday thing like walking up Primrose Hill, walking along the Embankment or popping into a little gift shop and getting your cards read.

It’s about a mum who’s trying to make it in the arts and I can certainly relate to that. You’re trying to stay focused and true to what you believe in but you have a crying baby. It’s a career I love but it’s challenging sometimes.

Are you home schooling?

Yes, my son’s four so we’re doing what we can. It’s actually been really promising, what his school has offered, so we’re just nailing the phonics and writing and staying creative.

Their little brains need constant motivating and we’re lucky to have a garden for him to run around in. I’m very lucky we’re in a bubble with my parents so he’s with Mum today.

I just got a message from her about bringing him back but he’s had about four chocolates and I don’t want him in my company just yet!

Do your mum and actor dad Ray help out quite a lot?

Yes, as much as they can. At the moment we’re all being very cautious, although we’re in the same bubble. I don’t go over there as much as I normally would.

Going to the cinema and sharing film and good television with the people you love is a big part of my family so we’re missing that. 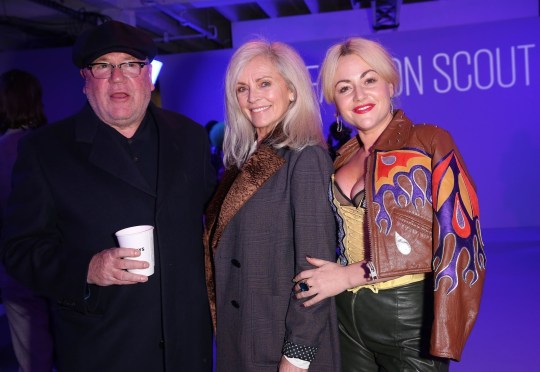 How has Covid affected what you had planned?

It’s changed everything. I had two jobs I was about to do that are now not green-lit and two really great short films with exciting new directors that we’ll hopefully still shoot. But there are such problems in our industry.

I did a music video for Celeste and it’s really hard to grasp chemistry when you’re acting with such distance or you’re paranoid you’re going to touch something or get ill. It’s changed my income, everything.

Having my son is a blessing because I’ve had so much time with him that I wouldn’t have had otherwise. But as a woman and a mum you need to have purpose, and when that purpose is ripped away you really are left with, ‘Right, OK, who am I?’

And then there was the sadness of Barbara Windsor passing…

It was a weird mix of emotions because I felt so grateful to have that time with her, working on Babs [the biopic].

I’d taken a year out to have a baby, so your confidence is wobbly, but she took that chance on me. It was like the nation had lost a mother but I’d lost a huge influence.

What do you enjoy about playing real-life people?

I absolutely loved recreating moments of Barbara’s life. It was really fun to step into that Carry On outfit and sing On The Sunny Side Of The Street.

But then I have a job coming up about the Barking murders where I play the real-life sister of a man who was murdered, and having that insight into their lives was so interesting. 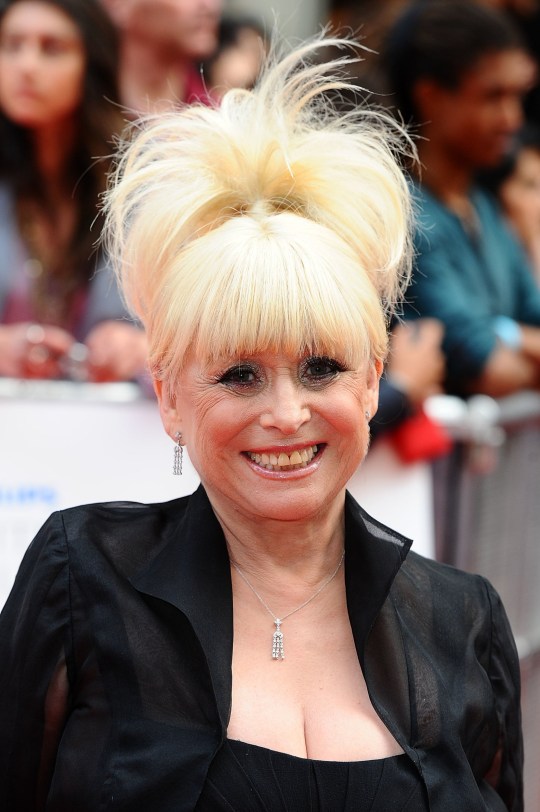 Do you tend to know a lot of the people you work alongside, having been brought up in the acting world?

Yes, it’s always been such a comfort zone and natural habitat for me, being on set. I was the runner for numerous productions like Indiana Jones before I went into acting.

That was my schooling — watching actors and directors do what they do, how they communicate and the lighting. So sometimes when I walk on set I know half the people already.

Who of your acting mates do you most love working with?

Sheridan Smith. We’re kind of cut from the same cloth. She’s a great girl and has also just become a mummy — we swap notes on that.

What do you miss most about normal life?

Being able to dance in a crowd and feel people’s energy and enjoy people’s company. And working. Having that creative freedom to say, ‘Today I’m going to read a book in the park, I’m going to walk around and bump into people.’

People are trying to carry on with their lives and it’s like we’re living in a dark movie. What comes next? The aliens will be turning up soon!

Hurt By Paradise is available on digital from Monday.

Amazon Studios has released the first trailer for Being The Ricardos, a feature film that follows the marriage of I...