You know the name, you know the number – James Bond 007 is celebrating 60 years on the big screen.

That’s right, audiences across the world have been enjoying the adventures of the British spy since 1962, when Sean Connery made his debut in Dr. No.

He’s one of the most enduring film icons of all time, with Daniel Craig having made his final Bond film No Time To Die last year.

But James Bond never dies, and his cinematic legacy is set to continue with a new actor playing the slick spy – but who will don the tux is anyone’s guess.

He’s famous for his one-liners, classic cars, and surprisingly uncreased tuxedos – but how well do you really know the character, actors past and present, and all of his films?

Use these pub quiz-style questions, of varying difficulty, to test your Bond knowledge.

Q1: Let’s start off easy: How does Bond drink his martini? 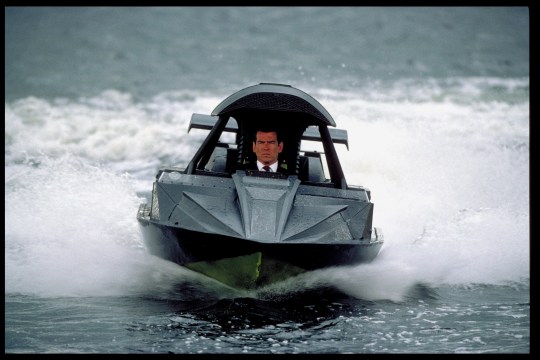 Do you know who created this British spy? (Picture: Keith Hamshere/Sygma via Getty Images)

Q4: How many Bond films did Daniel Craig star in?

Q5: Which British intelligence agency does James Bond work for: MI5 or MI6?

Q6: How many Bond actors have been knighted by The Queen?

Q7: Who was the second actor to play James Bond in the franchise?

Q8: Can you name the white cat-owning arch-nemesis of James Bond?

Q9: In which 2002 Bond film would you find Halle Berry as Bond Girl Jinx?

Q10: In which country was Bond actor Pierce Brosnan born?

Q11: In which Bond movie did James say: ‘There’s a saying in England. Where there’s smoke, there’s fire’?

Q15: In recent films, James Bond has carried a Walther P99 gun. Do you know the name of his traditional pistol?

Q17: Which theme begins with the lyrics: ‘This is the end. Hold your breath and count to ten’?

Q18: Which actor played Bond in Moonraker, Octopussy and The Spy Who Loved Me?

Q19: Which Swiss actress made waves as Honey Ryder, the first ever Bond Girl?

Q22: Which Bond film do you think has the highest rating on movie review site Rotten Tomatoes? 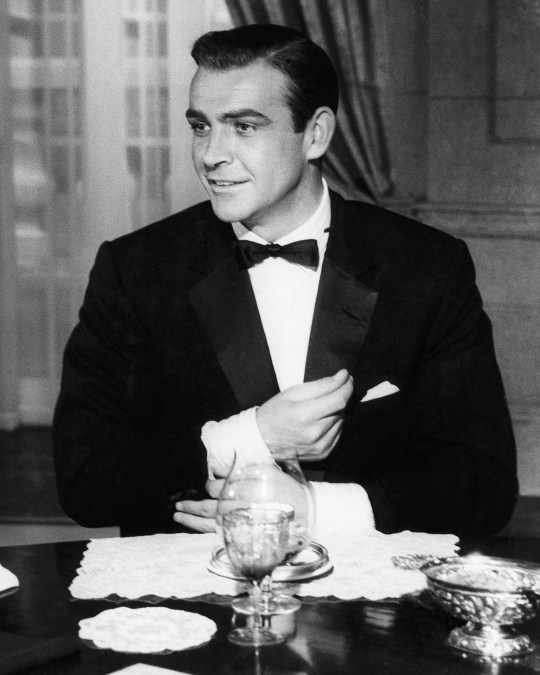 Sean Connery was the first actor to portray Bond on the big screen (Picture: Bettmann/Getty)

Q23: In 1967, which actor appeared as Bond in the ‘unofficial’ spy parody Casino Royale?

Q24: During which film does James Bond say: ‘Well, I’m afraid you’ve caught me with more than my hands up’?

Q25: Denise Richards’ 1999 Bond character Dr. Jones shared a first name with a holiday season. What was it?

Q26: Bond works with two associates each known by one letter. Can you remember them?

Q27: In what year was the first Bond novel – Casino Royale – published?

Q29: What is the name of the one man helicopter flown by Bond in You Only Live Twice?

Q30: What is the name of Bond’s love interest in Casino Royale, played by Eva Green?