Jennifer Lawrence has told of the ‘personal challenge’ of shooting her latest film during Covid and the days of strict lockdown – losing a veneer.

The Oscar-winning actress was speaking at the New York premiere of upcoming star-studded Netflix film Don’t Look Up, where she stunned in a floor-length gold gown.

‘Well, I lost a tooth pretty early in the filming,’ she told the Associated Press, adding: ‘And I couldn’t go to the dentist until the end of the movie, so I had to film most of the movie toothless. That was my personal challenge.’ 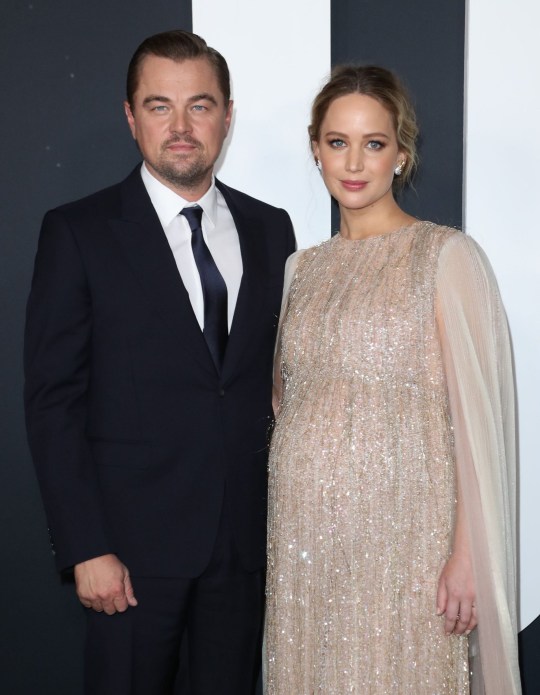 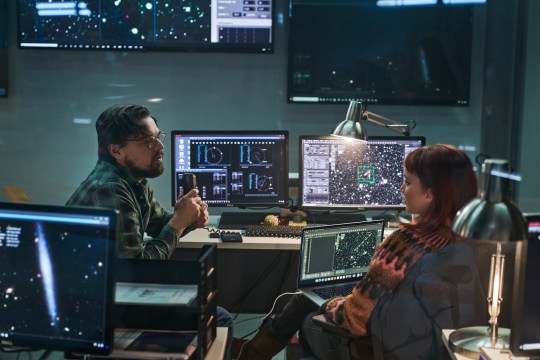 DiCaprio, 47, speaking alongside Lawrence said: ‘Talking to people with masks and shields all day… Usually, you know, from a creative perspective, you’re mixing it up with the cast and crew constantly, but we’re, you know, we’re completely isolated.

‘But, like I said, it was an amazing opportunity to work during Covid, for all of us to work, and especially do a movie that was, you know, about us believing in the scientific community. That was the coolest part.’

Director McKay told AP of his approach to film-making: ‘You know, honestly, I would much rather be making Step Brother movies for the next 20 years, but the world got so crazy.

‘And, clearly, we’re living in a time of tectonic change. And very frightening times, especially when it comes to the climate.

‘Yeah, it was just, you know, those early movies that I did with Will [Ferrell] were a delight. And there is some point of view to those movies, but it just felt like it didn’t make sense to keep making those movies.

‘So, it’s not like I had some personal change. It was more that the world changed so radically that I, as a film-maker, you can’t ignore that.’

The film marks DiCaprio’s first screen appearance since Quentin Tarantino’s Once Upon A Time In… Hollywood in 2019, while Lawrence has not starred in a movie since the X-Men instalment Dark Phoenix, also in 2019.