A JUDGE has ordered a New Jersey woman to remove her “f**k Biden” flags from outside her home or face daily $250 fines.

Roselle Park resident Andrea Dick has been ordered to remove the flagsCredit: WABC 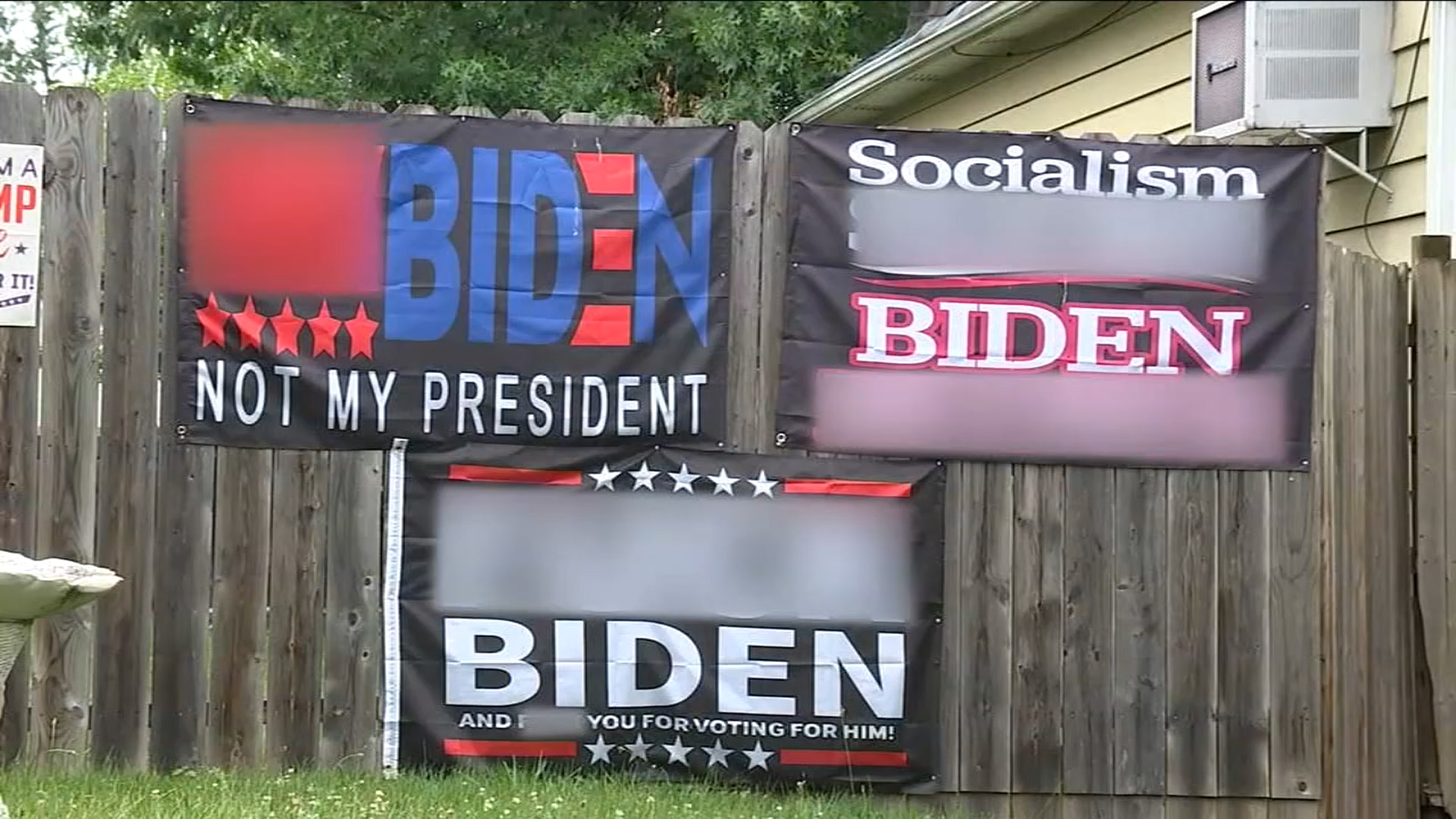 Dick has displayed six anti-Biden flags outside her homeCredit: WABC 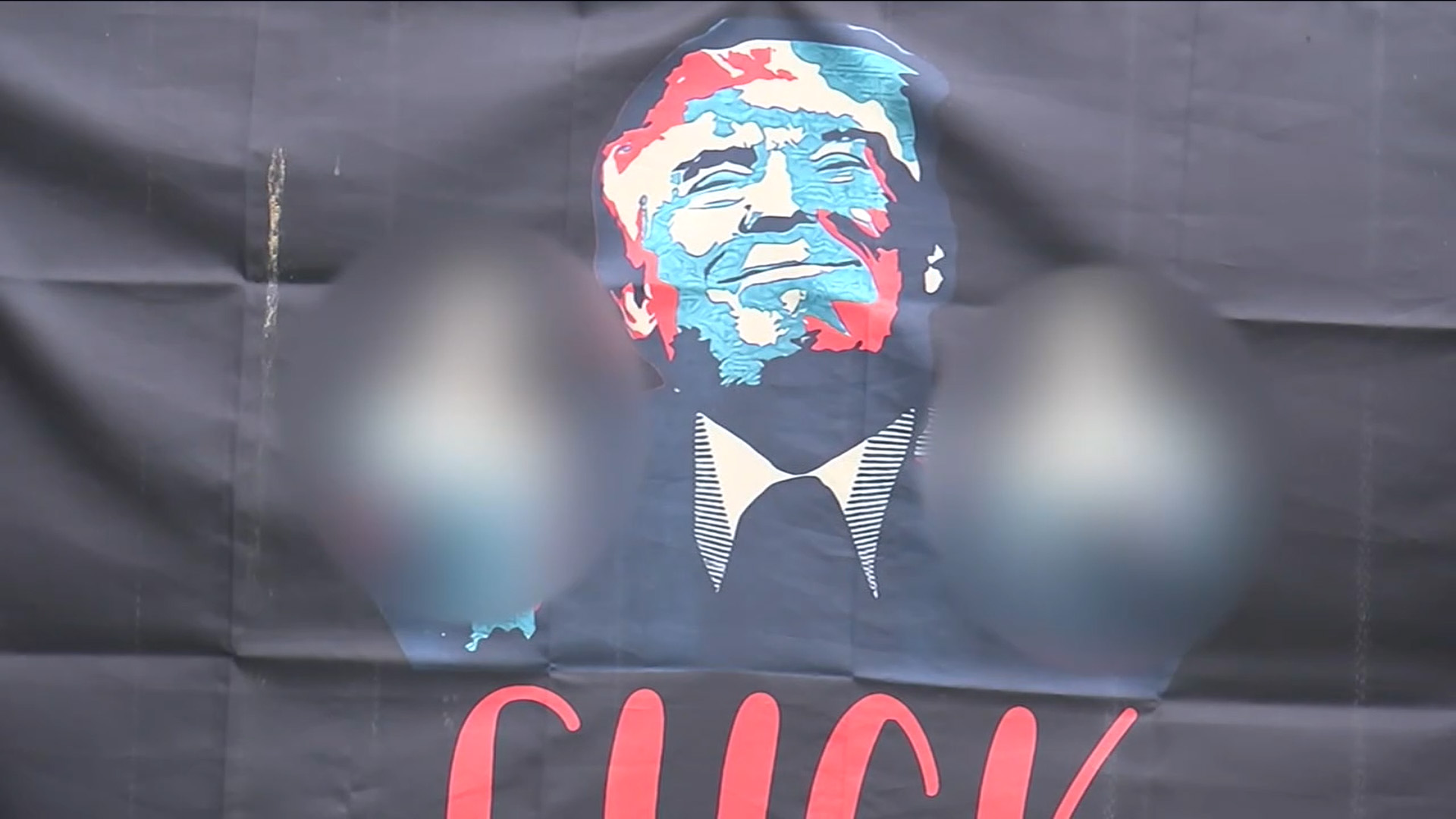 According to NJ.com, Mayor Joseph Signorello claimed Dick’s “vulgar” display violated town laws which banned “obscene materials” – but he said the political nature of the display was not a problem.

“It’s been brought to our attention less because of the political aspect of it, but the vulgarity of it,” Signorello said.

“The real problem is, from a neighbor perspective, is it’s a block away from an elementary school.

“It’s in a high visibility area for children. Most of the ire was drawn from a lot of local parents.”

Roselle Park Municipal Court Judge Gary Bundy ordered Dick – and her mom, the property owner, Patricia Dilascio – to take down the flags or face daily $250 fines, according to reports.

But Dick was defiant when she was told by city officials to remove the display and said she’s ready for a fight.

“I’m not taking them down,” Dick said.

“I refuse to take them down… today I got a phone call from code enforcement… I said nothing against you, but I’m not taking them down.

“I said I have a right, freedom of speech, and I’m leaving them up there.”

She told NBC New York the messages are her way of showing support for Trump, who she says “should have won the election”.

“I am a firm believer in the First Amendment,” Campagna said, NJ.com reported.

“I may not believe in what you’re saying, but I absolutely believe that you have the right to say it. That’s what our democracy is about.

“I don’t think we want that to happen in Roselle Park.”

But Bundy said “freedom of speech is not simply an absolute right”.

“This is not a case about politics. It is a case, pure and simple, about language,” the judge said.

“This ordinance does not restrict political speech. Neither this town or its laws may abridge or eliminate Ms. Dilascio’s freedom of speech.

“However, freedom of speech is not simply an absolute right.

“It is clear from state law and statutes that we cannot simply put up the umbrella of the First Amendment and say everything and anything is protected speech.” 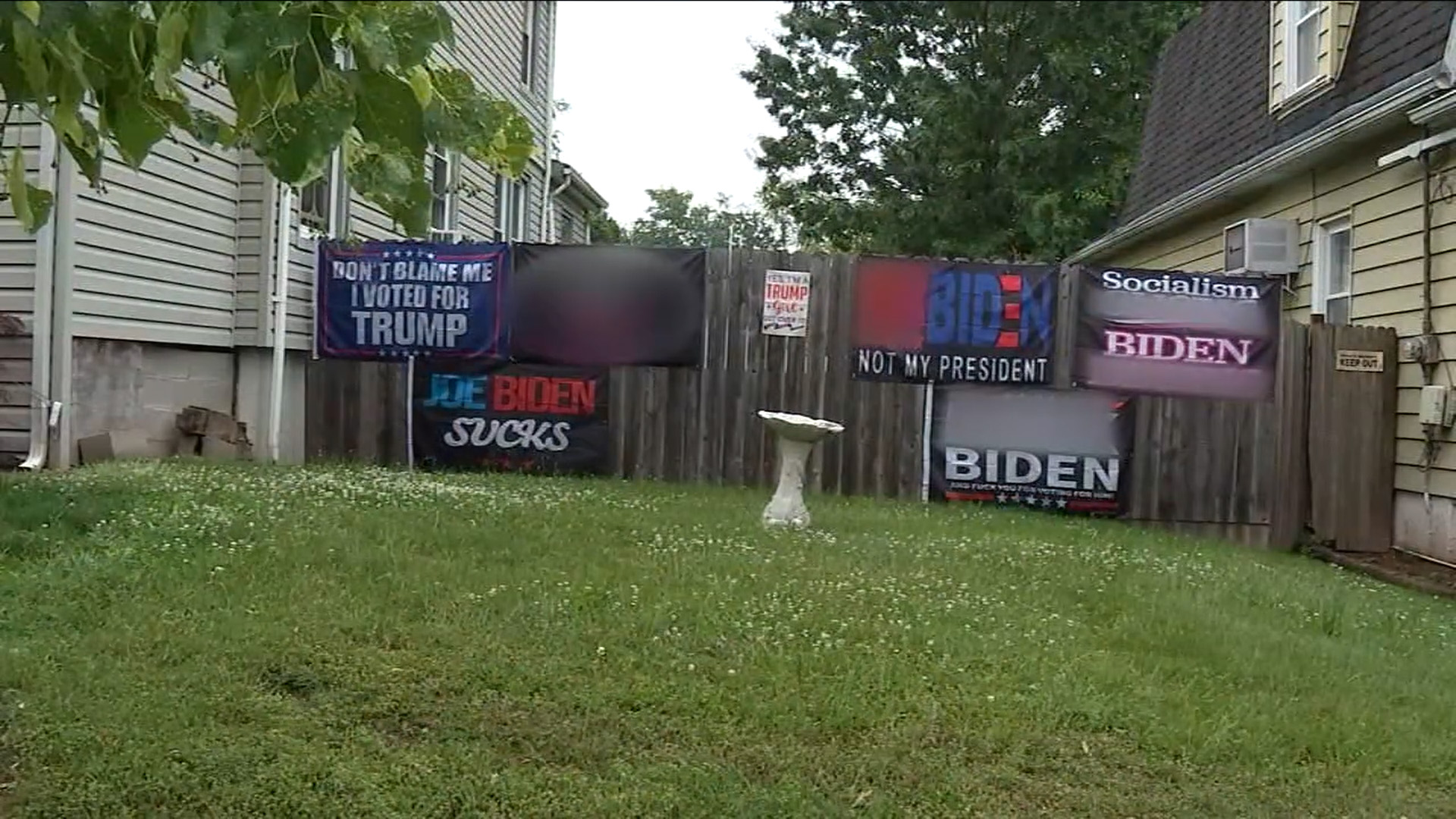 The woman faces daily fines of $250 if she doesn’t take the flags downCredit: WABC