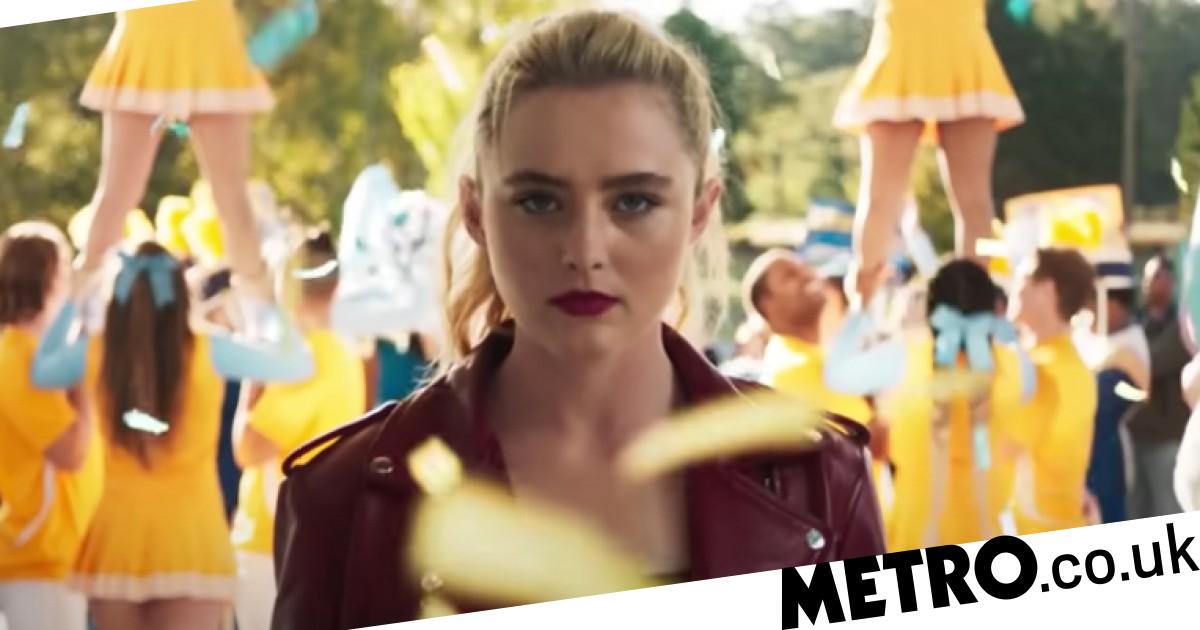 *WARNING: Spoilers for Freaky below*

Kathryn Newton has opened up about stepping up to the lead role alongside Vince Vaughn in body-swap horror comedy, Freaky.

The actress previously appeared as Reese Witherspoon’s daughter in Big Little Lies, and as part of the ensemble cast in cult Netflix series The Society, and she stole the show in the darkly comedic flick.

In Freaky – which was released on DVD this week – she stars as teenager Millie, who unwittingly finds herself as the target of The Butcher (Vince Vaughn), before they mysteriously swap bodies. As well as juggling the trials and tribulations of high school, the real ‘Millie’ has to convince her friends of the truth behind her new persona before it’s too late.

Speaking to Metro.co.uk ahead of the release, the 24-year-old spoke of how much she related to Millie, and how thrilling it was to play two sides to the same character.

‘Millie was a lot like me, I think, in high school. [She’s] just trying to survive and not sure who she is, and letting other people tell her who she is,’ she told us. ‘And I love that in this movie, you can get that it doesn’t matter what you look like or what other people say about you, it matters how you feel about yourself. It takes Millie being a serial killer to realise how powerful she is.

‘So it was really cool to – in an extreme way – play a character that was both really small and just a little girl, and then a very strong girl.

‘It was interesting to do both because it’s the same person, same body. It’s a completely different confidence. That was important that you just have to see yourself from a different perspective and then everything can change.’

Kathryn also shared her delight that Millie is a truly fleshed out character who is able to stand on her own two feet – even with a psychotic serial killer hellbent on trying to ruin her life.

‘I felt like Chris Landon [director] and Michael Kennedy [writer] wrote a script for me, Kathryn, that was perfect for me,’ she continued. ‘I felt like I was growing up, I felt like it was my first role where I’m nobody’s kid. This girl is a person. 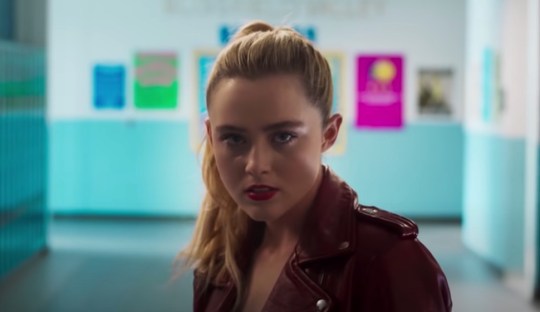 ‘I felt like this movie gave it up for Millie. She was her own hero. In the end nobody saved her, she got so much help but she did it herself.

‘Obviously, in reality it’s not good, but in a magic movie way, she did it. I think it is empowering and the last shot is everything, she’s there with her mother and sister, and she saves herself. I felt like a true badass.’

We’ve seen more than our fair share of body-swapping movies over the years, including Freaky Friday, It’s A Boy Girl Thing and The Change-Up, but Freaky added a twist to proceedings, with Millie switching things around with an adult serial killer.

Side note: Seeing Vince acting the part of a teenage girl truly is iconic.

Lifting the lid on how he played the role to perfection, Kathryn explained that she did her own improvising in character before filming kicked off, with her co-star checking the footage out.

This led to a more collaborative process behind the scenes, with the pair and director Chris coming together to create their roles in a joint process.

As well as terrifying us and making us howl in equal measures, Freaky pays some not-so-subtle homage to some of the biggest scary movies in history – most notably, Friday The 13th and Halloween.

And the actress teased that there was a lot more to some scenes than we first thought.

‘There’s a lot of that in the movie, you just have to go back and look again,’ she added. ‘I love that, the little hidden easter eggs in the movie.

‘I think the football jerseys on some of the extras in the football scene were names of classic horror movie killers. If you look, you can see it.’

Well, we now have to watch Freaky all over again just to catch all of those…

Rebecca Ferguson has shared some titbits about ‘darker’ and ‘chaotic’ Mission: Impossible 7 from the red carpet for Dune’s London...