Laverne Cox is manifesting her dream to appear in superhero movie

Laverne Cox is hoping to be cast in a superhero movie after being cast in action-thriller Jolt (Picture:Getty/Splash)

Laverne Cox has revealed her ‘dream’ of appearing in a superhero movie after winning a role in action film Jolt.

The actress, 49, who shot to fame as inmate Sophia in Netflix prison drama Orange Is The New Black, is set to make her first foray into action in thriller Jolt, set for release this month.

And, while she is delighted to have been cast in project, she has set her sights on a superhero flick next.

She told the PA news agency: ‘That is a dream, and that is something I am manifesting.

Laverne will star opposite Kate Beckinsale and Bobby Cannavale in Jolt as a police officer, Detective Angela Nevin, investigating a murder.

‘And the foul-mouth persona is really to let her cop buddies understand that she’s not to be messed with and I just thought it was so much fun. I’ve always wanted to do an action movie.

‘And I’ve never done anything like it before, and I’ve always wanted to do it. Hopefully, I’ll get to do more.’

She said that she wanted audiences to see her in an action role as she feels she has a lot to give as this type of character.

Laverne added that she’s been a fan of James Bond her whole life and has spent many nights in with her boyfriend watching Avengers.

The Orange Is The New Black star recently opened up about her new mystery boyfriend after splitting from ex Kyle Draper in the summer of 2019 after two years together. 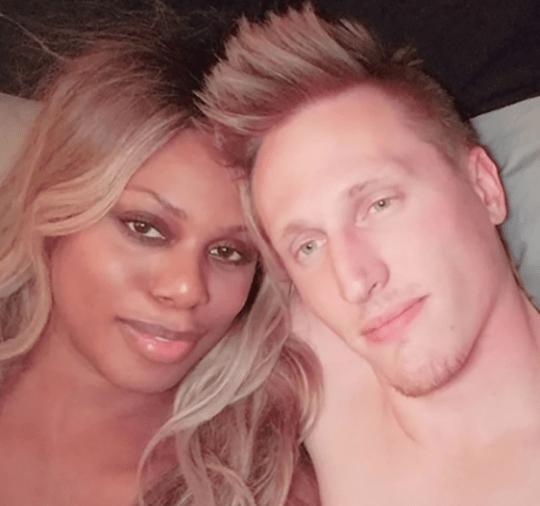 Laverne Cox recently shared a picture of herself of the mystery man who is 22 years her junior that she met on Tinder (Picture: Instagram/lavernecox)

Appearing on The View earlier this year, she said it was a ‘miracle’ she had found love again.

She stated that as a black trans woman there is ‘a lot of misunderstanding’ and transphobic stigmas are a ‘real issue’.

However, she seems happy in the relationship, saying: ‘We had a conversation because I’m trying to keep him out of the spotlight, so I would try not to say too much.

‘Yes, he’s technically 22 years younger than me – the age difference has not been an issue. It’s just really hard to find someone that you really connect with.

‘It’s hard to find love. I’m a 48-year-old Black trans woman who’s kind of famous and I feel like it’s a miracle that I found love again.

‘I’m just celebrating that and super excited that God has brought this man into my life.’