SING it from the rooftops – this new musical will have you dancing out of the cinema all the way home.

Joyous and charming, In The Heights is Lin-Manuel Miranda’s adaptation of his stage show of the same name.

Lin-Manuel Miranda’s In The Heights is joyous and charmingCredit: Alamy

Known round the world for his smash-hit musical Hamilton, Miranda has done it again with a new set of can’t-get-them-out-of-your-head songs that turn the good vibes up to the max.

The story is set in Washington Heights, an area just outside New York with a lively Hispanic community.

It is the same area that provided the setting for West Side Story 60 years ago — a new film version of which is currently being adapted by Steven Spielberg.

In The Heights introduces us to Usnavi (Anthony Ramos), who has lived in the neighbourhood since being orphaned in the Dominican Republic.

He dreams of returning to the motherland to open his dad’s old beach bar. In the meantime though, he works in a small but colourful corner shop filled with endless characters.

From the lottery ticket lovers to the coffee addicts, Usnavi knows them all.

But the one he’s most interested in is Vanessa (Melissa Barrera), a sassy beauty who has her heart set on a career in fashion.

There’s also cheeky chap Benny (Corey Hawkins), who is the most enthusiastic minicab operator on earth, with a long-time crush on Nina (Leslie Grace).

Nina has flown the Heights to go to Stanford University, something her dad (Jimmy Smits) is immensely proud of, while Nina is not too keen. All the characters are torn about their feelings for their neighbourhood.

While they are all incredibly fond of it, they are ambitious and want to spread their wings. There are a few patchy moments where the pace slows down too much and lesser characters are given too much sing time.

This makes the film half an hour too long.

But like Grease, The Sound Of Music and Mary Poppins before it, In The Heights feels like a musical that will entertain generations for decades to come.

It leaves you with sunshine in your soul.

RYAN Reynolds and Samuel L Jackson reunite as Michael Bryce and Darius Kincaid to prevent a cyber attack on Europe in Patrick Hughes’ sequel to his 2017 action-comedy The Hitman’s Bodyguard.

That threat is instigated by ruthless Greek billionaire Aristotle Papadopolous, played by Antonio Banderas looking like a poor man’s Javier Bardem in Skyfall. 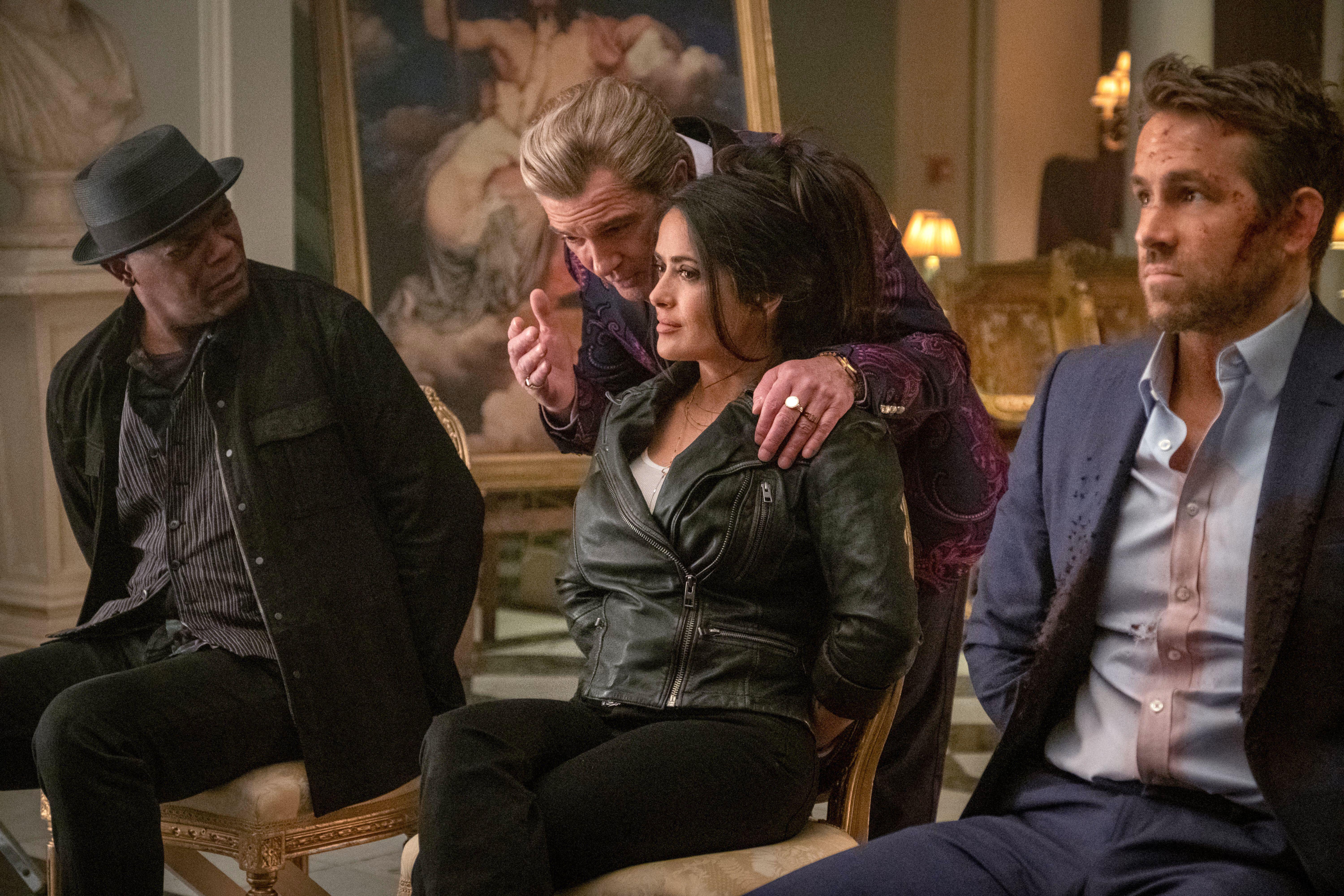 It’s then up to our heroes – and Salma Hayek as Darius’s con artist spouse Sonia – to leave their grievances in the past to save the continent.

The main trio bring their pizzazz to proceedings but it is not enough to lift an inane script that offers even less plausibility than the first outing.

Writers Tom O’Connor and brothers Brandon and Phillip Murphy also serve up the tired sequel trope of making the female action lead broody. And a slew of half-hearted, clichéd jokes miss more than they hit their target.

Perhaps Hayek isn’t bored of her boobs being used for gags, but I certainly am.

Then there are the over-edited action sequences, which have enough cuts and camera whipping to make you dizzy.

All in all, The Hitman’s Wife’s Bodyguard never seems like a movie that’s worth taking a hit to your wallet.

PIXAR has previous for pulling at the heartstrings.

Whether it’s a lonely old man who battles to stay in his home in Up or faithful playthings in Toy Story, it knows how to make an audience well up. 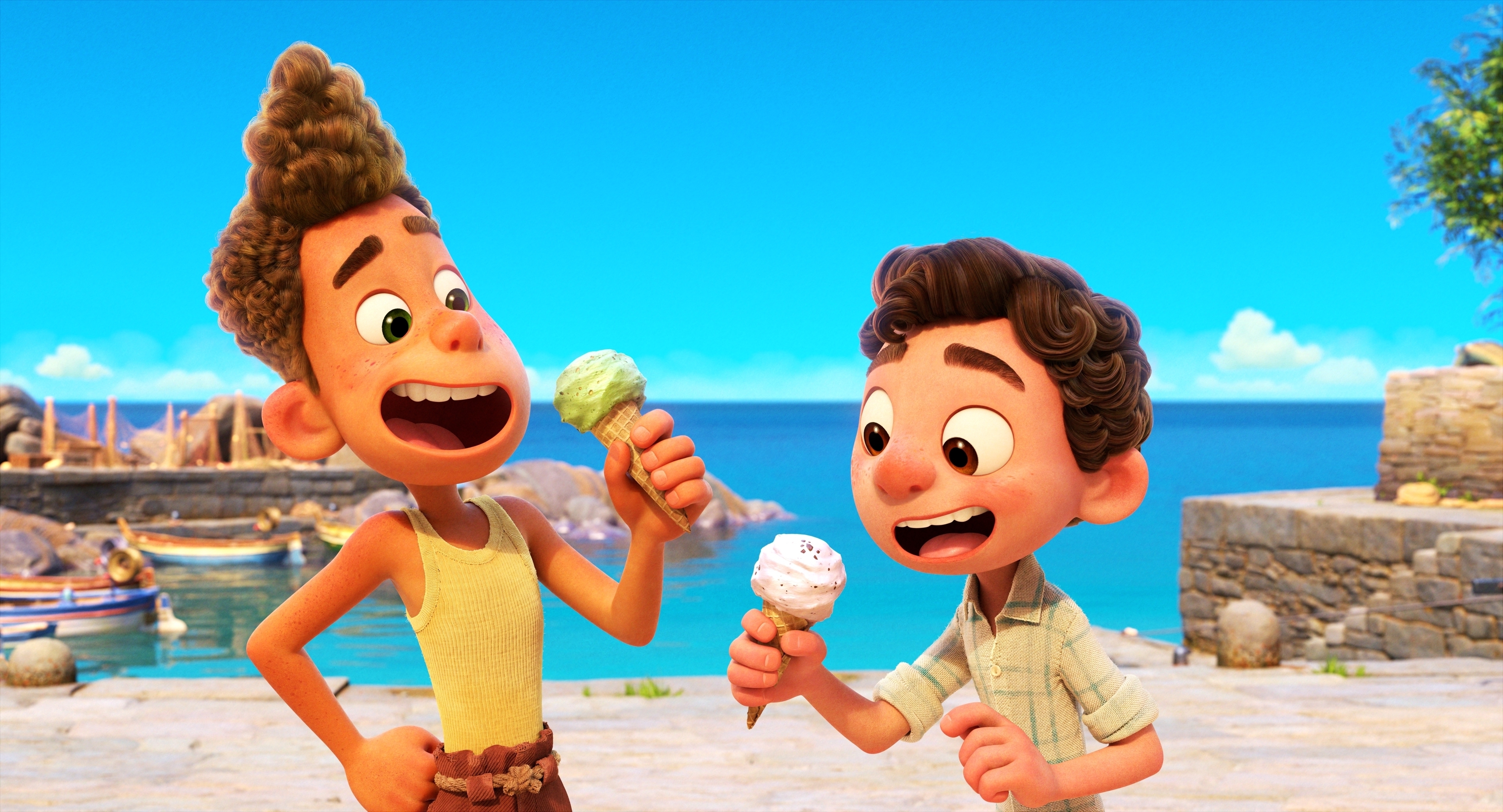 The target of this offering from the studio is a bromance between two young sea monsters who magically turn human when they go inland.

Luca (Jacob Tremblay), is 13 and lives in the sea with his monster family. Like a modern – and male – Ariel from Little Mermaid, he is obsessed with humans and wants to know what it is like to live on land.

The pair have the power to turn human when dry and they sneak away from the water to meet Giulia, a local girl in the Italian Riviera. So starts a friendship full of pasta eating, Vespa riding, star gazing and trying to avoid getting wet.

While director Enrico Casarosa has made a beautiful, pastel-tinted film about friendship and adventure in Luca, it is never thought-provokingly powerful like other great Pixar films.