Lindsay Lohan describes return to acting as like ‘riding a bicycle’

The Mean Girls star will be back on the big screen soon (Picture: Netflix)

Lindsay Lohan has said that acting is ‘like riding a bicycle’ as she prepares to make her return to the big screen after a lengthy hiatus.

The actress, 36, is due to star in Netflix’s upcoming festive film Falling For Christmas, coming to the streaming platform on November 10.

Her breakout role came in the 1998 film The Parent Trap in which she played estranged twin sisters Hallie Parker and Annie James.

She is best known for her roles in classic noughties films Mean Girls, Freaky Friday, and Confessions Of A Teenage Drama Queen which propelled her to stardom.

The star’s last major role was in 2012 erotic-thriller The Canyons, where she starred alongside James Deen, Nolan Funk, Amanda Brooks, and Gus Van Sant.

Speaking to The Hollywood Reporter about her return to acting, Lohan said it’s a part of who she is. 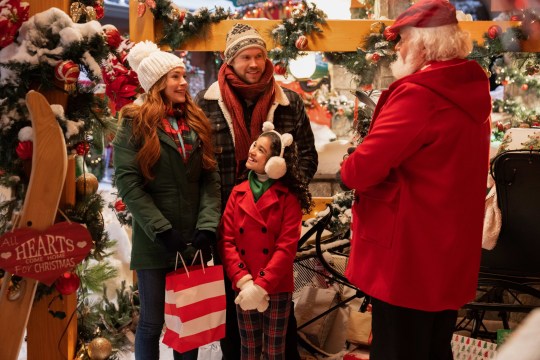 Lohan will be back on the big screen next month (Picture: Scott Everett White / Netflix) 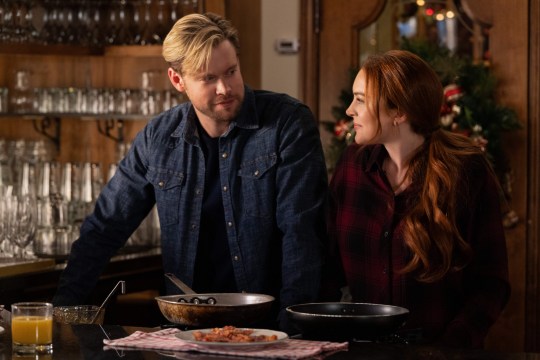 It is her first major role since The Canyons, released 10 years ago (Picture: Scott Everett White/Netflix) 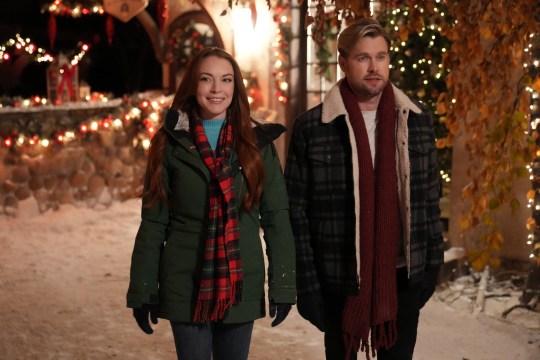 ‘I tried to avoid letting distractions on set get in the way. I’m very much to myself before and after a scene,’ she said

‘I like to get in my own headspace and prepare quietly on the side. But for me, my whole life, acting is like riding a bicycle.’

She went on to say to take people on that journey with her is ‘such a blessing.’

Yesterday Netflix released a poster for her upcoming film, in which Lohan stars alongside actor Chord Overstreet.

The day, October 3, coincided with what is known on social media as ‘Mean Girls Day’ in reference to one of Lindsay’s most memorable lines in the film. 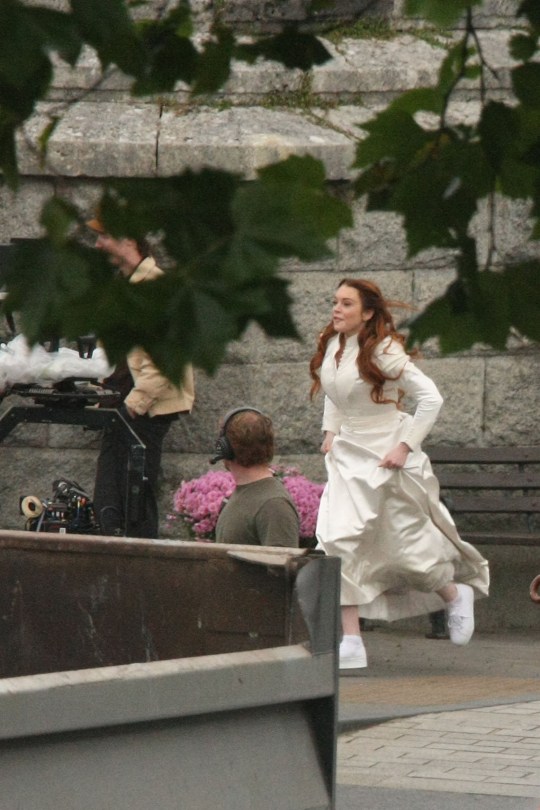 The star was spotted filming in Ireland for another Netflix film (Picture: Mark Doyle / SplashNews.com)

The actress was also recently spotted in Ireland filming for another upcoming Netflix film, Irish Wish.

The rom-com does not yet have a release date, though filming took place earlier this month with Lindsay spotted by star-struck fans in County Mayo and County Wicklow.

The official synopsis for the film reads: ‘When the love of her life gets engaged to her best friend, Maddie puts her feelings aside to be a bridesmaid at their wedding in Ireland.

‘Days before the pair are set to marry, Maddie makes a spontaneous wish for true love, only to wake up as the bride-to-be.

‘With her dream seeming to come true, Maddie soon realises that her real soulmate is someone else entirely.’