Lockdown killed my 7-year marriage, my husband became obsessed with gaming and wouldn’t come to bed until 4am

IF it wasn’t the kids’ school work it was the unwashed dishes – the usual bickering that most couples have on a daily basis.

But over lockdown these little grievances that would normally be shrugged off became too much to endure for Kaye Harrish-John and husband Simon Lin.

Kaye Harrish-John, pictured with her husband Simon Lin, said: ‘We split up but have decided to remain amicable’Credit: Huw Evans

After seven years of marriage, the couple from Gower, South Wales, have become yet another pandemic statistic — one of the break-ups leading to a 95 per cent rise in divorce enquiries made to law firms in the past few months.

Kaye, 40, a development manager, who has two young children with accountant Simon, 36, says: “Cracks were already starting to show in our marriage before the first lockdown.

“Simon’s love of gaming had intensified and it was driving me crazy.

“I’d complain he was spending all night online, gaming, and he wouldn’t come to bed until 4am.

“Our schedules were virtually opposite and we were either arguing or ignoring each other.

“Simon started sleeping downstairs on the sofa as he would be gaming all night and our sex life dried up.

“We knew we were in crisis but neither of us had the energy to face it.

“We told ourselves we were just stressed with work and it was a phase.

“When lockdown happened I initially thought it might be a good thing for us because it would force us to spend more time together.

“But like most couples our marital problems were exacerbated.

“Working from home together while trying to home-school put immense pressure on us.

“We were fighting over everything, from unwashed dishes to the kids’ homework.

“As the days rolled into weeks we realised we had nothing in common except the kids.

“Simon spent his time in one room gaming and I spent time in the other room watching telly or home-schooling the kids.

“I began to resent him and felt like he was dumping all the home-schooling on me.

“He came around and started to help out more but it didn’t improve our relationship.

“Sometimes we’d sit in front of the telly and not say a word to each other.

“Lockdown made everything ten times worse as we didn’t have that space to miss one another.

“The excitement and passion had gone and there was no hiding from that.

“We couldn’t make any more excuses.” 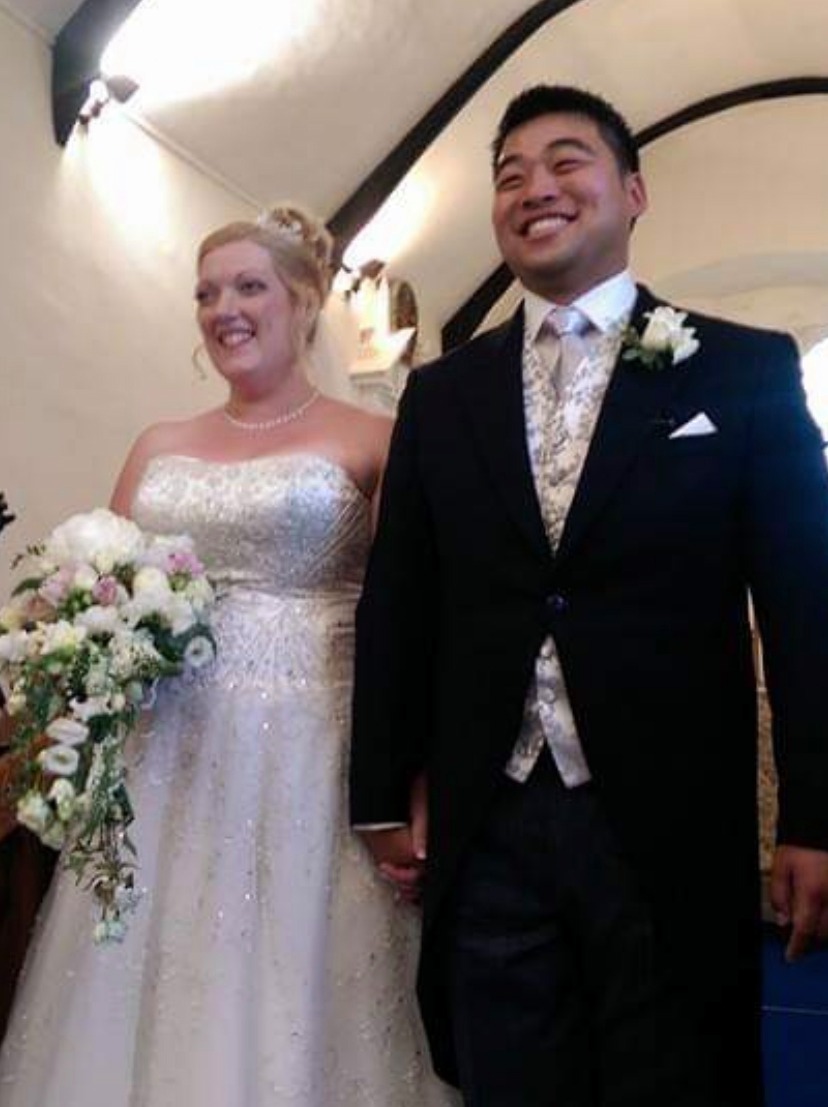 The couple on their big day, but after seven years of marriage, Simon has moved out of the family home

But they are far from alone, with lawyers expecting a boom in post-pandemic divorces.

Figures from the Stowe Family Law firm show enquiries have nearly doubled, from 4,505 in January to March last year to 8,801 between January and March of this year. And Co-op Legal Services reported a 250 per cent rise in requests for divorce lawyers in 2020 compared with the year before.

Google searches for “quickie divorce” are up 235 per cent, too.

Family law barrister Paula Rhone-Adrien says: “The huge backlog of cases means we won’t know the full scale of devastation until at least 2022.

“It’s no secret the pandemic has been very testing.

“People have been living in extremely difficult situations where there’s no space to thrive and miss one another.

“Instead, a lot of couples are arguing and have had no escape.

“My advice to anyone who’s considering going through a divorce is to take your time.

“Divorces can be incredibly stressful. People need to slow down, take a deep breath and talk before they do anything drastic.”

For Kaye and Simon, though, the decision to split was mutual.

Kaye says: “In the end, after months of feeling extremely unhappy, we sat down and had an honest conversation. But it didn’t help.

“The gulf between us had grown and it was becoming impossible to continue living together.

“We decided Simon would move out and our marriage was over.

“It was devastating but we wanted to remain amicable.

“There was no one else involved, we’d just grown out of love.”

Simon, who has left the family home, says: “Lockdown made us realise how different we’d become.

“It was painful but we’re determined to stay friends for our kids.”

Lockdowns over the past 18 months have been an opportunity for many individuals to change their outlook — and according to Paula, change is the main reason relationships fail.

She says: “Somebody is changing and the other person won’t accept it.

“That leads to other things, such as adultery.”

But while many couples are considering splitting up — with the average divorce now costing £14,500 — it might not be too late to repair the cracks. 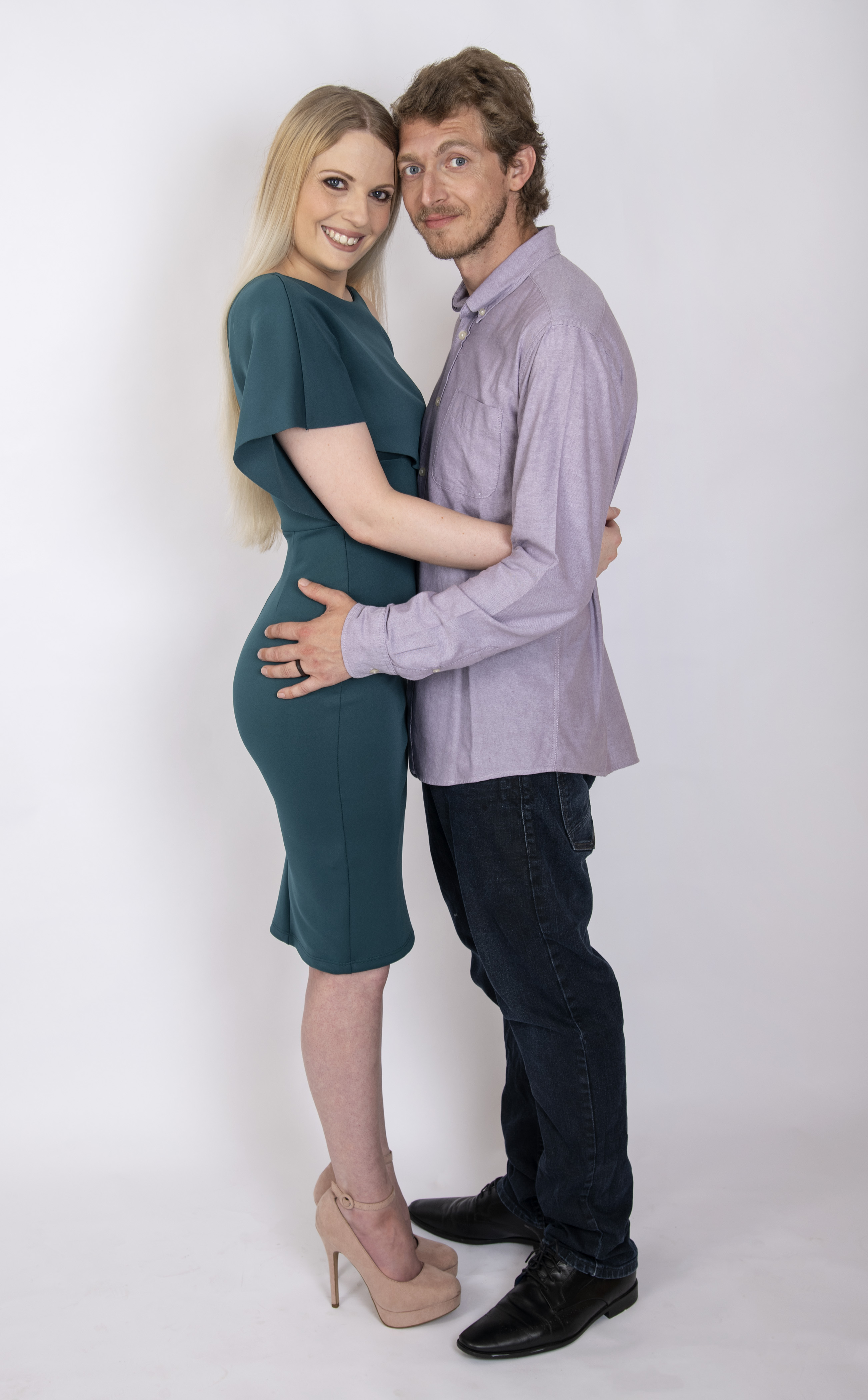 Jessica Logan, 27, who is married to Dale, 32, a delivery driver, says counselling has saved their three-year marriage.

“Our lives changed dramatically when Covid hit. Dale was furloughed and I was off sick with inflammatory bowel disease,” says former mortgage adviser Jess from Tamworth, Staffs.

“We were rattling around our big house.

“It set us on a collision course, taking out our worry and stress on each other.

“We started arguing about everything, from daily chores to paying the mortgage.

“With nowhere to escape to, we were living in a pressure cooker.”

Having married in April 2018, Jessica and Dale had already battled teething problems and had a short break from each other in December 2019.

When the rows resumed, Jess wondered if it was time to call it a day.

She says: “I was terrified of having to tell everyone but we weren’t communicating.

“Eventually we sat down and spoke honestly.

“It was painful, hearing things I did that got on Dale’s nerves, but we needed to be honest.

“Now we are working through it and speaking to a relationship counsellor.”

Dale adds: “Lockdown almost broke Jess and I but I’m so glad we are working it out and will stay together.” 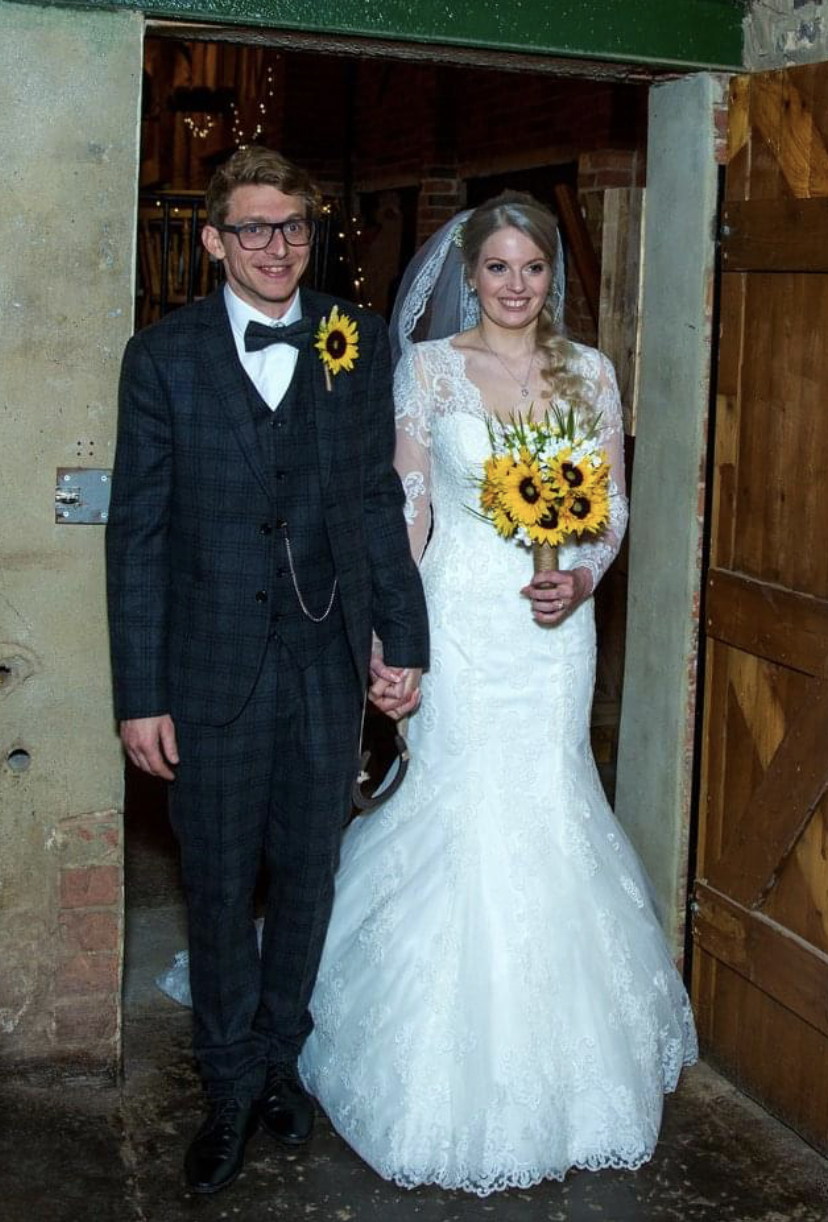 How to avoid an unhappy ending

IF your relationship has struggled during the pandemic, family law barrister Paula Rhone-Adrien, below, reveals how to avoid the post-lockdown divorce . . .

EMBRACE CHANGE: In my experience, the number one reason for a split is change. Somebody has new interests and the other person won’t accept it or embrace it. That leads to other problems such as adultery.

COMMUNICATE: Sometimes it’s as simple as just sitting down and listening to one another. When someone feels ignored, it makes them resent their partner and creates barriers. Keep talking. Do not switch off, zone out or create barriers.

TRUST: If someone is no longer listening to you or is dismissing what you’re saying, then you can no longer trust them with your biggest, darkest secrets. You then lose faith in the relationship and will find solace in someone else. Always let your partner know they can depend on you.

LOYALTY: It is always a dangerous recipe if couples no longer feel like a team. Avoid bad-mouthing your partner to your friends and family. It whips up tension and you’ll grow further apart.

MARRIAGE COUNSELLING: Don’t be afraid to seek expert help. Go and make contact with a family counsellor (try Relate, which specialises in relationship therapy). If one party won’t go, the other should go alone, as it will still help.

GROUND RULES FOR SPEAKING: It can be hard to talk to your partner when you’re angry. Set specific times to talk things through. Don’t spring it on them or bring up the conversation if they’re having a bad day at work.

PATIENCE: Marriages are hard work. You need patience. You might have perceived the situation incorrectly. We’ve all had arguments where we’ve looked back and thought, “I thought I was in the right at the time but now I know I was wrong”.

SEPARATE FOR A WHILE: People make rash decisions and think you need to be married or divorced. But actually you can take some time out and evaluate the situation in a few months. You’ll have time to miss one another and may have resolved issues.

BE HONEST: Of course there are people who have just fallen out of love with their spouse but still care about them. For them, divorce can be very sad and it can take them years of to-ing and fro-ing about whether to end it. Be honest with your partner and see if you can work through it before you call time.

DON’T STAY FOR AN EASY OPTION: Don’t stay in an unhappy marriage for the wrong reasons. Worrying about people judging you is not a reason to stay together. Look after your mental health and surround yourself with positive distractions to help you through it.