Channing Tatum has confirmed he is donning his velcro trousers for one last spin around the dancefloor in Magic Mike 3.

Alexa, we cannot stress this any more, play Pony by Ginuwine.

The 41-year-old Hollywood heartthrob will reunite with Steven Soderbergh for Magic Mike’s Last Dance, the third and final instalment of the franchise, which seemingly will stream on HBO Max.

Sharing the news on Twitter, Tatum teased fans with the news, posting alongside an image of the script: ‘Well world, looks like Mike Lane’s tapping back in.’

In a statement, he said: ‘There are no words for how excited I am to blow the doors off of the world of Magic Mike with Steven, Greg, Reid, and the amazing people at HBO Max. The stripperverse will never be the same.’

Soderbergh directed the first film in the series in 2012, which focuses on the world of male stripping, and is loosely based on Tatum’s own experiences as an 18-year-old stripper. Gregory Jacobs stepped in to direct the 2015 sequel Magic Mike XXL, while writer Reid Carolin penned both of the previous films and will be returning for the third. 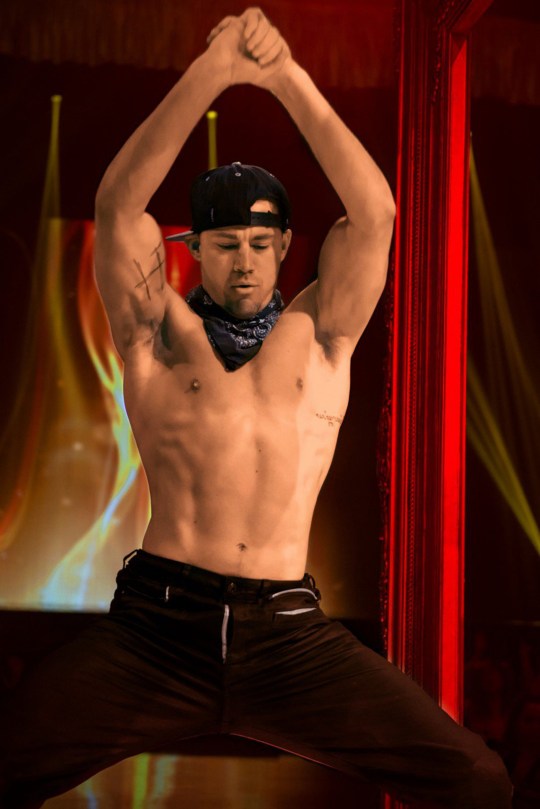 Anyone else breaking out into a sweat? (Picture: Shutterstock)

The franchise, in which he plays a veteran performer who takes a newcomer under his wing, has so far grossed more than $300million (£224m) worldwide.

Toby Emmerich, Chairman of Warner Bros., said in a statement amid the very, very exciting news: ‘Is there anybody on screen more charismatic and appealing than Magic Mike? We’re thrilled to be back in business with Channing, Steven and their creative team to bring back Magic Mike’s wonderful combination of dance, drama, romance and humour.’

Director Soderbergh noted how he was directly inspired to make a third film when he saw Magic Mike Live, the spin-off show that premiered in London in 2018.

He said: ‘As soon as I saw what Channing, Reid, and the Magic Mike choreographic team did with the live show, I said, “We have to make another movie.”

‘Mike Lane’s dream of connecting people through dance must be realised.’

Aside from Magic Mike, Tatum is also making his directorial debut on Dog (where he’ll also star and produce), as well as The Lost City (which was formerly known as The Lost City Of D). Busy year!