Roald Dahl’s beloved story of a brainy, book-loving little girl with psychokinetic powers (she can magically move stuff by staring at it) gets a second big screen outing, far superior to Danny DeVito’s cutesier Hollywoodised take from the 1990s.

Yet children of a nervous disposition beware, because, despite its candy-coloured sets and jolly singalongs, this one brings out Dahl’s delicious darkness.

Raised, or rather, neglected by her monstrous, money-grubbing, parents (excellent, if underused Stephen Graham and Andrea Riseborough), lonely (here only) child Matilda (Alisha Weir) finds solace in books she borrows from a mobile library (run by Sindhu Vee).

Matilda is therefore thrilled when she’s finally allowed to go to school – only to find it’s essentially a prison, ruled by the terrifying Miss Trunchbull (Emma Thompson in flawless prosthetics), whose idea of a motivational poster is ‘NONE of you are special!’ But Matilda’s had enough of bullies and she’s fighting back, with the anthem ‘sometimes you have to be a little bit naughty.’

Faithfully adapted from the long-running hit stage show, this goes all out to be a fully-fledged movie, not a filmed theatre production and largely succeeds (though please could the cliche where action flicks to a glittery suited, disco ball fantasy be banned from all future musical adaptations please? Thank you.) Bonus being it allows the nuance of Tim Minchin’s gloriously witty lyrics to truly sing.

The casting is also inspired. Young Weir is both innocent and intently steely – like an uncanny Stephen King heroine. 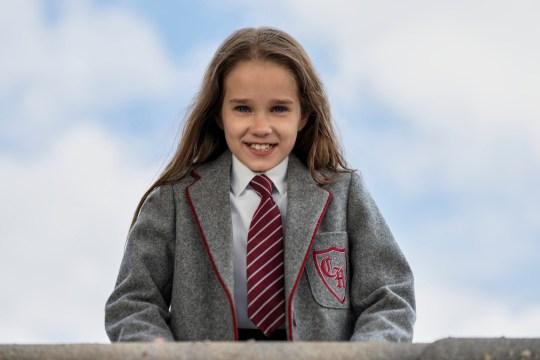 Lashana Lynch is the perfect choice for Matilda’s lovely teacher, Miss Honey, whose fight has all but been beaten out of her. But of course it’s Thompson who steals the show as Miss Trunchbull.

A ratchet-face, mean-mouthed, Mussolini in a games skirt whose ironclad bosom resembles two shot-putts, her Trunchbull is the grimmer for almost lacking a villainous twinkle – making it all the funnier when she has to bellow lines like ‘I’ve got a newt in my knickers!’ 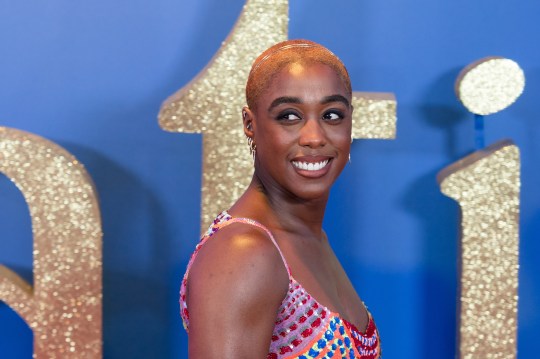 Yes, it’s a musical, and yes (spoiler) there’s a happy ending – though as Matilda warns ‘not all stories do’, but this doesn’t entirely sugar coat the fact that Dahl’s book is essentially rooted in child abuse.

Turning that into a fun family singalong is no mean feat. As is the knack of being both unsentimental and sentimental – Minchin’s song ‘When I Grow Up’ never fails to dampen my adult eye.

Daring to suggest two wrongs might just make a right, championing bravery over gratitude, and encouraging us all (of whatever age) to speak truth to power, it’s not your usual kiddie fare.

A rabble-rousing delight, guaranteed to have children jumping on their seats and cheering along to ‘We are revolting children’, it could well become a generational classic.

Matilda is set for release on November 25.