BILLIONAIRE Jeff Bezos joked with reporters ahead of the launch of his spaceship Blue Origin that it wouldn’t be his last meal as he handed out chicken wings and mac ‘n’ cheese to the crowd.

“Did somebody say last meal?” the Amazon founder quipped on Monday as he set out the dishes. 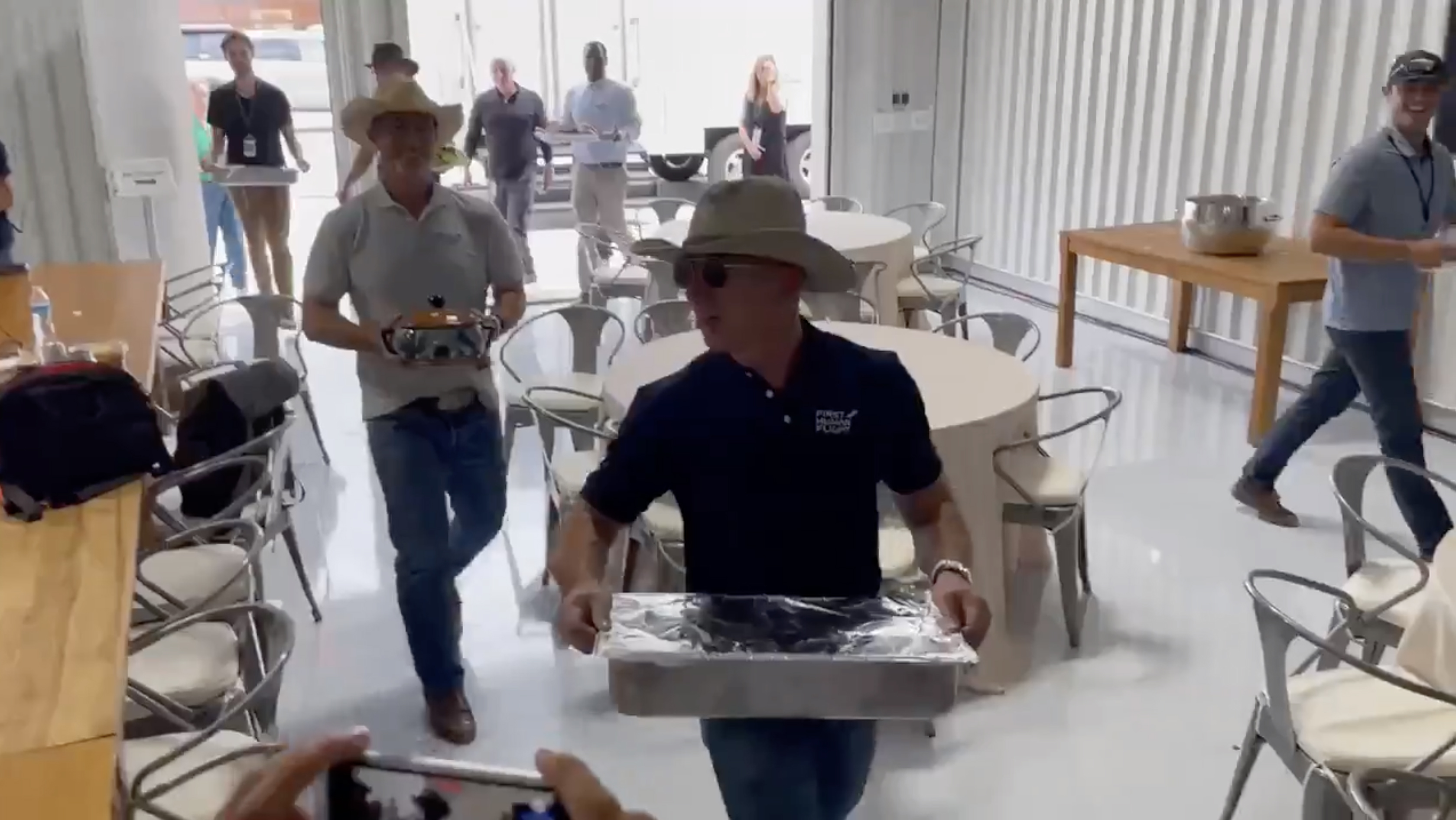 “I don’t think you have to put it that way! Let’s talk about it in a different way!”

The comment came the day before the planned launch of Bezos’ Blue Origin spacecraft on Tuesday.

In an interview with crewmembers 24 hours before lift off, Bezos addressed questions about the ship’s safety.

“I could have done this flight as CEO of Amazon and it would have been fine. We really believe this flight is safe. I did have friends say, ‘why not wait for the second or third flight, why do you have to go now?’

Blue Origin will lift off from Launch Site One in Van Horn, Texas, before rising to 66 miles above Earth in a roundtrip that will take just 10 minutes in total.

Bezos will undertake the journey along with his brother Mark, 53, aviator Wally Funk, 82, and Oliver Daemen, 18, the company’s first paying customer.

The distance beats out Richard Branson’s voyage to space on July 11, which only reached 53 miles above Earth.

Funk will become the oldest person ever to go into space, and Daemen will be the youngest.

Bezos and Mark will take the journey aboard the New Shepherd, a reusable rocket with an attached capsule.

According to Blue Origin, the capsule’s windows are almost three times as large as those of a Boeing 747 jetliner and the largest of any ship to enter space, making for breathtaking views of Earth.

‘JOYRIDE FOR THE WEALTHY’

Bezos told CNN’s Rachel Crane in an interview Monday that he agrees with the criticism that his flight is a “joyride for the wealthy.”

He was asked about criticisms that instead of jetting off into space, he “should be spending your time and your money and energy trying to solve problems here on Earth.”

In a shock moment, he agreed: “Well, I say they’re largely right. We have to do both.

“We have lots of problems here and now on Earth and we need to work on those, and we always need to look to the future. We’ve always done that as a species, as a civilization.”

It comes as Bezos, the richest person in the world, has faced increasing criticism at the staggering amount of his personal wealth.

The former Amazon CEO was slammed for making more money every second than the average US worker makes in a week, while paying next to no taxes. 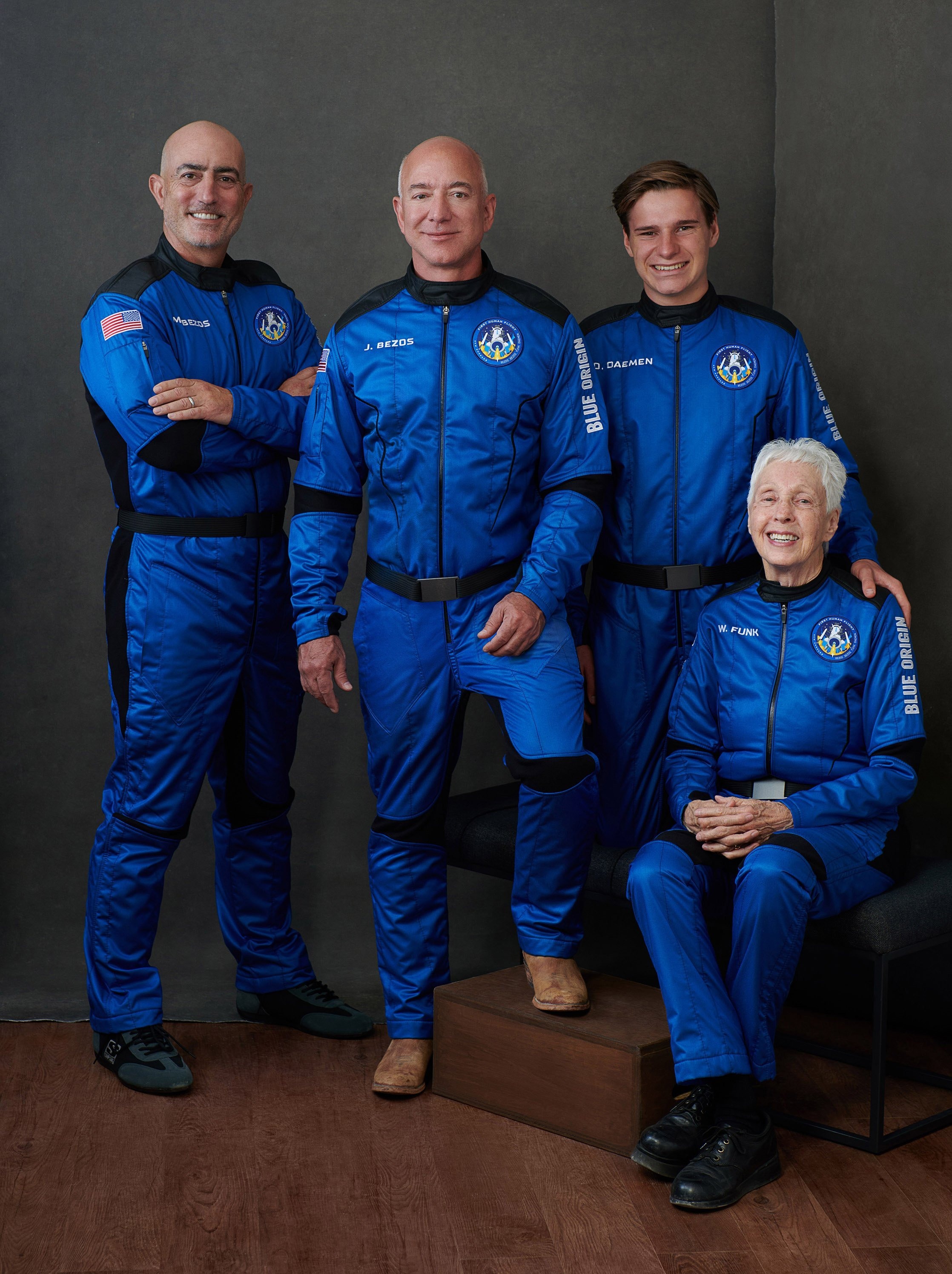 Bezos will fly alongside his brother, MarkCredit: Rex 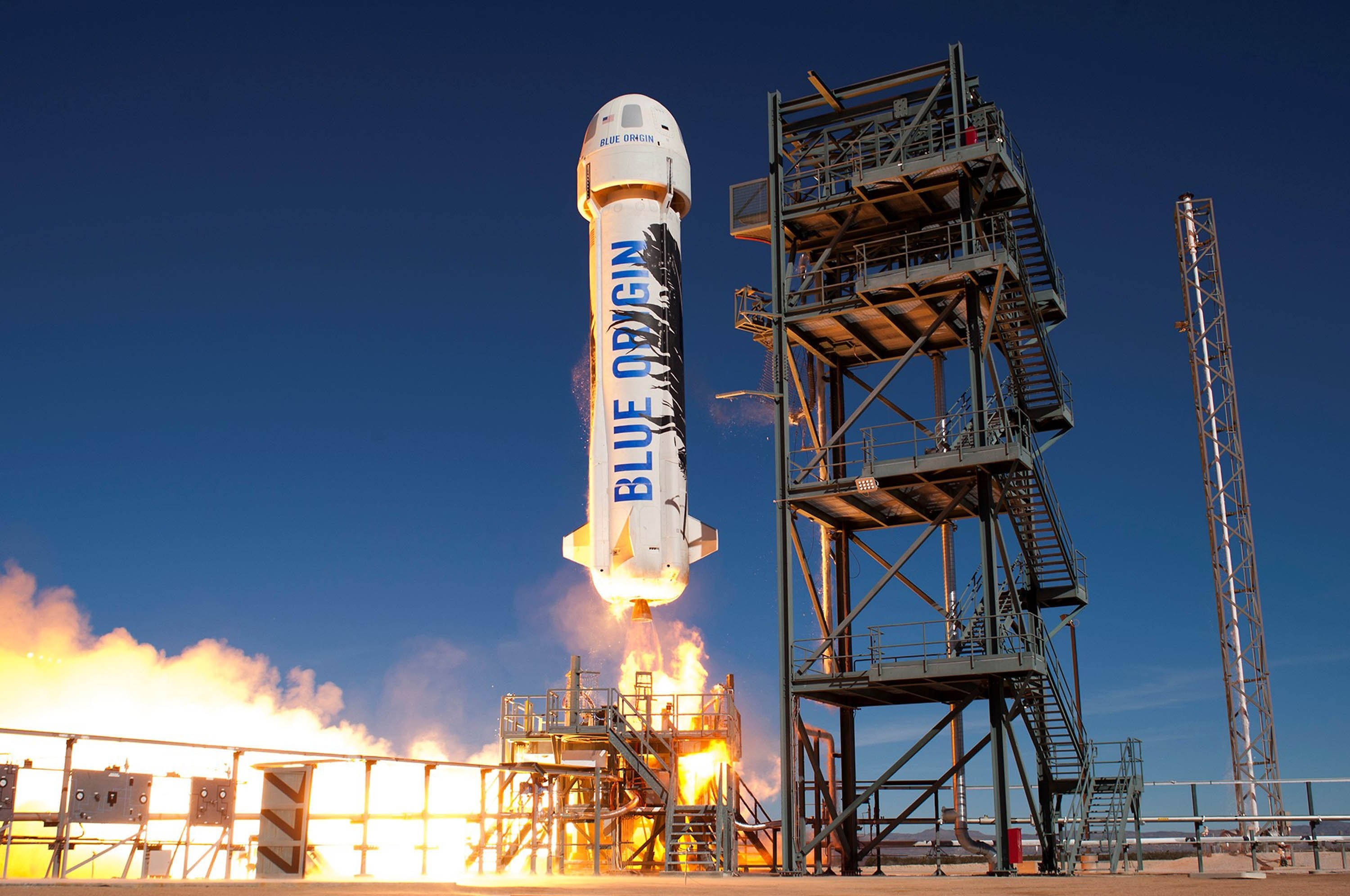 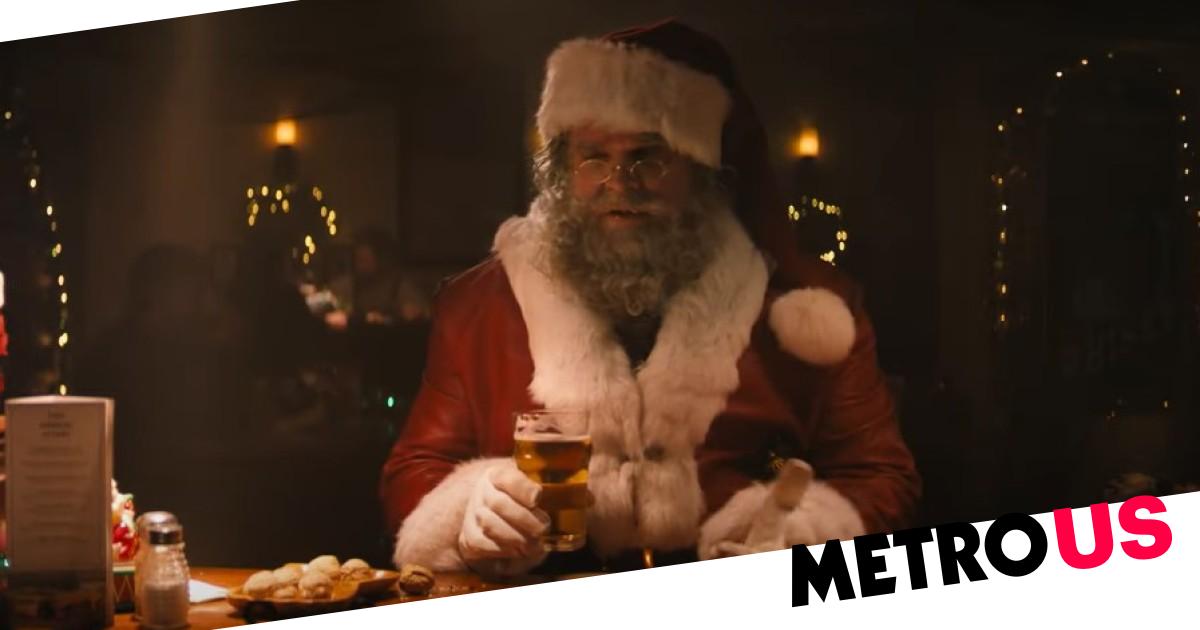 David Harbour is here to change everything fans thought they knew about Santa Claus, and we’re so ready for it....

Amsterdam review: Star-studded whodunnit isn’t as clever as it thinks