LOGAN Mailloux has said he must “earn back the trust” of his fans after he was convicted of sharing a photo of a woman performing a sex act without her consent.

Mailloux, 18, whose selection by the Montreal Canadiens on Friday night sparked controversy, has offered a public apology after he was fined for the offence in Sweden last year.

Logan Mailloux, 18, apologized for his actions after his conviction in SwedenCredit: Canadiens Montréal/Twitter 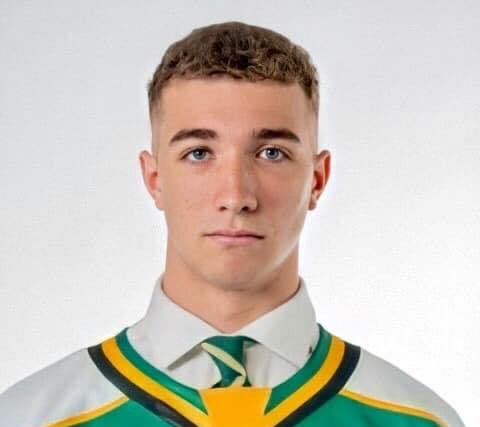 The Canadiens stunned the rest of the NHL by taking Mailloux after he asked teams not to select him.

Mailloux, a defenseman for the London Knights in the Ontario Hockey League, said in a statement this week: “I don’t feel I have demonstrated strong enough maturity or character to be drafted this year.

“I know it will take time for society to build back the trust I have lost, and that is why I think it is best that I renounce myself from the 2021 NHL draft and ask that no one select me this upcoming weekend.”

But Canadiens general manager Marc Bergevin took him with the 31st overall pick in the first round.

At a news conference on Saturday, Mailloux apologized for his actions.

“During an intimate moment with a young woman, I took a picture of us without her consent,” he said, according to USA Today Sports.

“I sent it to my teammates to impress them. It was a totally irresponsible and stupid act that I committed without thinking twice.

“I know I caused a lot of harm to this person and their family, and I regret doing this stupid and egotistical act. I deeply regret it.”

He explained: “What I did is now unfortunately a part of both her life and mine.

“I’ve apologized to her, but nonetheless, this will follow her for the rest of her life, and for that, I deeply and sincerely regret it.”

I know I caused a lot of harm to this person and their family, and I regret doing this stupid and egotistical act. I deeply regret it.

In a prepared statement, Bergevin said the Canadiens not only selected a promising hockey player, but also a young man who recently admitted to making a serious mistake.

“We will work closely with him and give him the support he needs,” Bergevin said.

“I know he’s been remorseful about the incident, which we truly don’t agree with it in all sense of the world, but he’s a young man who made a serious mistake of judgment and we really have to work with him.

“We did talk to him, and he’s fully aware of that and hes very remorseful, so that is a big step.”

NHL deputy commissioner Bill Daly told USA Today Sports: “The player remained eligible for selection. Montreal was free to do what it did.”

The victim told The Athletic earlier this week that she did not believe “that Mailloux has understood the seriousness of his behavior”.

She said all she wanted “was a heartfelt apology for his behavior” after receiving an apology from him via text message which was “no longer than three sentences”.