MANY might argue that toddlers make the most amount of mess, but this mum proves that teenagers can be just as messy.

The only difference is that many parents don’t know what their adolescent kids get up to in their bedroom half the time, so it’s much easier to get away anything.

The mum was horrified once she spotted what was stashed behind the bedCredit: instagram/@amandanighbertrd 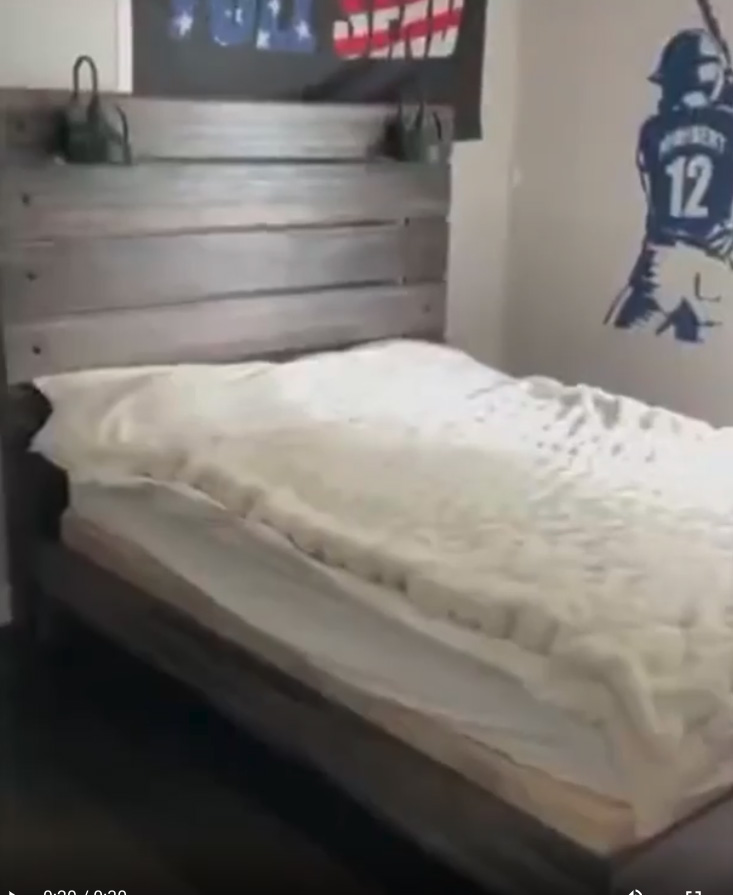 The rest of the room looked pretty tidy, until they pulled the bed away from the wallCredit: instagram/@amandanighbertrd

One young lad knows a little something about this and his mum was left speechless – once she eventually caught on, that is.

You see, the family appear to be rearranging the teenager’s room in a clip shared online which meant re-positioning the bed away from the wall.

But doing so revealed the ginormous rubbish stash shoved down the side of the bed as a result of munching on late night sweets, crisps and other naughty snacks.

Clearly not thinking anything of it each time he shoved the empty packaging down there, his mum couldn’t believe just how messy his seemingly tidy bedroom really was.

A video was shared online which caught the mum’s reaction, and parents with boys can no doubt relate.

“Pulled my teenage sons bed away from the wall and found this,” she wrote on the screen – and the clip speaks for itself.

Posting on the video, one person said: “My mum would have buried me in that trash. “

While many others commented “disgusting.” 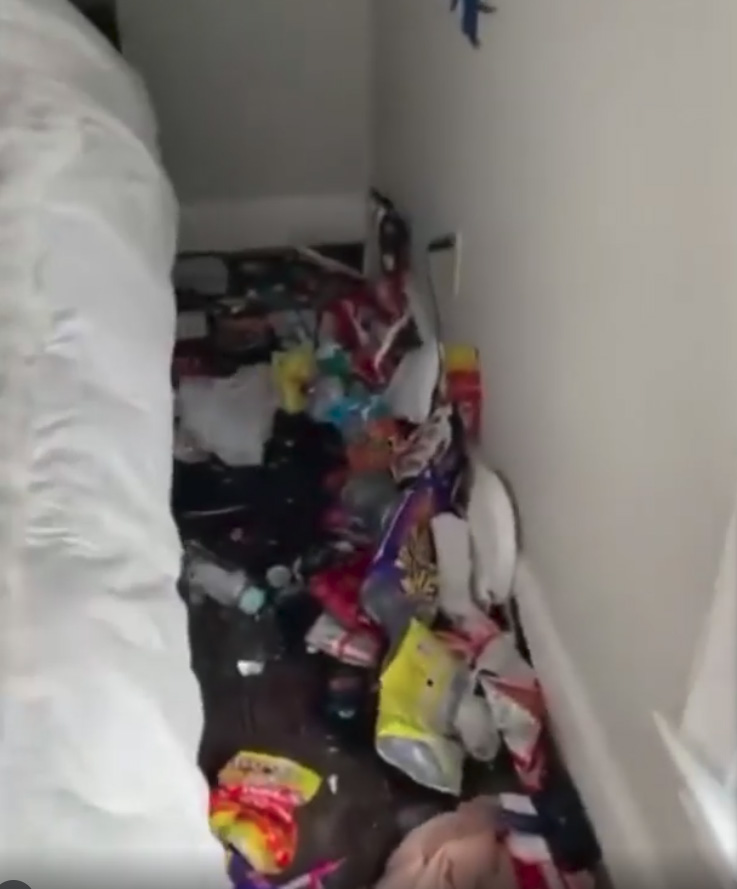 There was a massive stash of rubbish leftover from mountains of snacks including crisps and chocolatesCredit: instagram/@amandanighbertrd 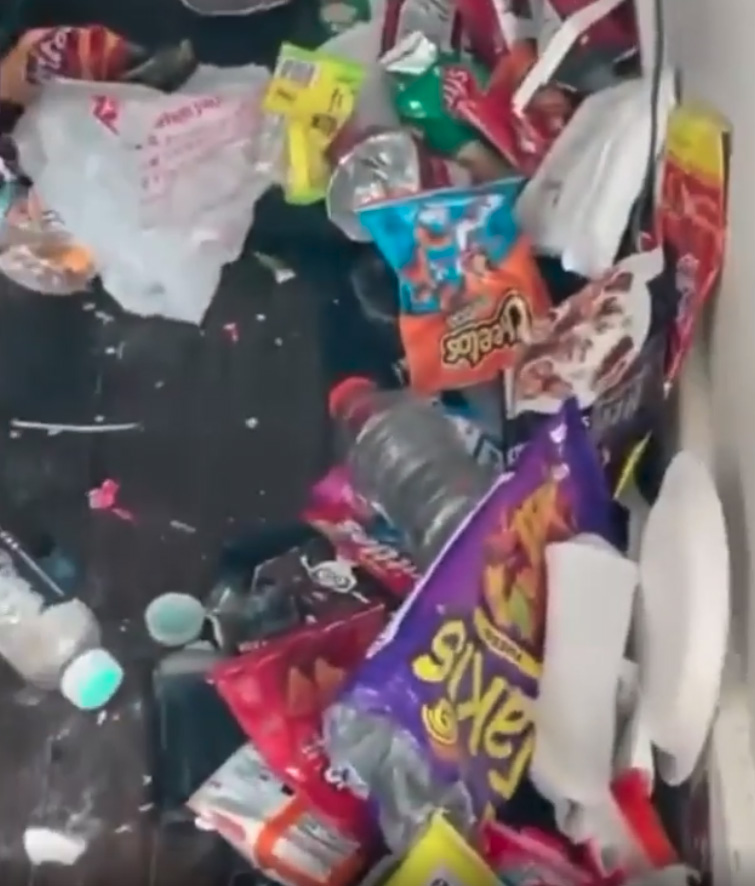 The family was shocked by how much there wasCredit: instagram/@amandanighbertrd 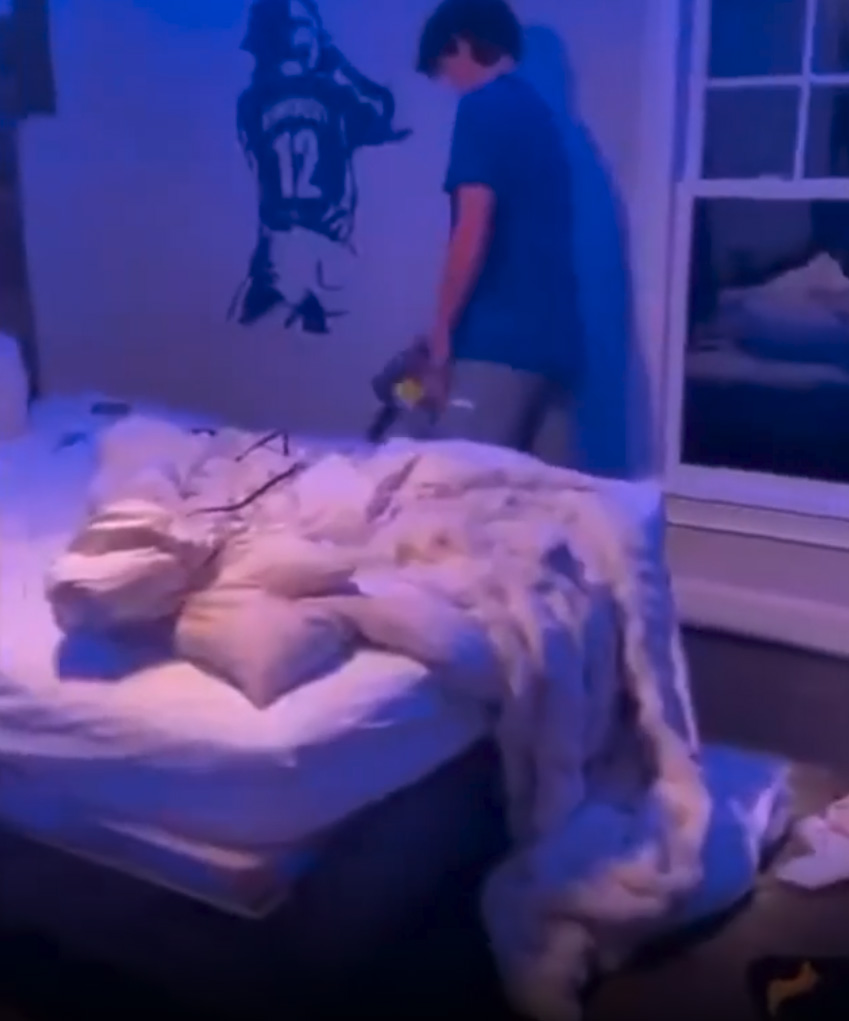 The teenage boy got to work on clearing all the rubbishCredit: instagram/@amandanighbertrd

In more parenting news, a savvy mum tricks son into cleaning messy room with clever letter from Tooth Fairy – but not everyone is convinced.

Plus a teen desperate for pet hamster trashes house in ‘propaganda campaign’ – but parents say her mum shouldn’t give in.

And this mum revealed the five different cries every baby has and how to know exactly what they want.