PAYMENTS from the NHS to families of patients who died due to botched care totalled a record £75million last year.

The NHS paid £75 million to families of patients who died due to errorsCredit: Alamy 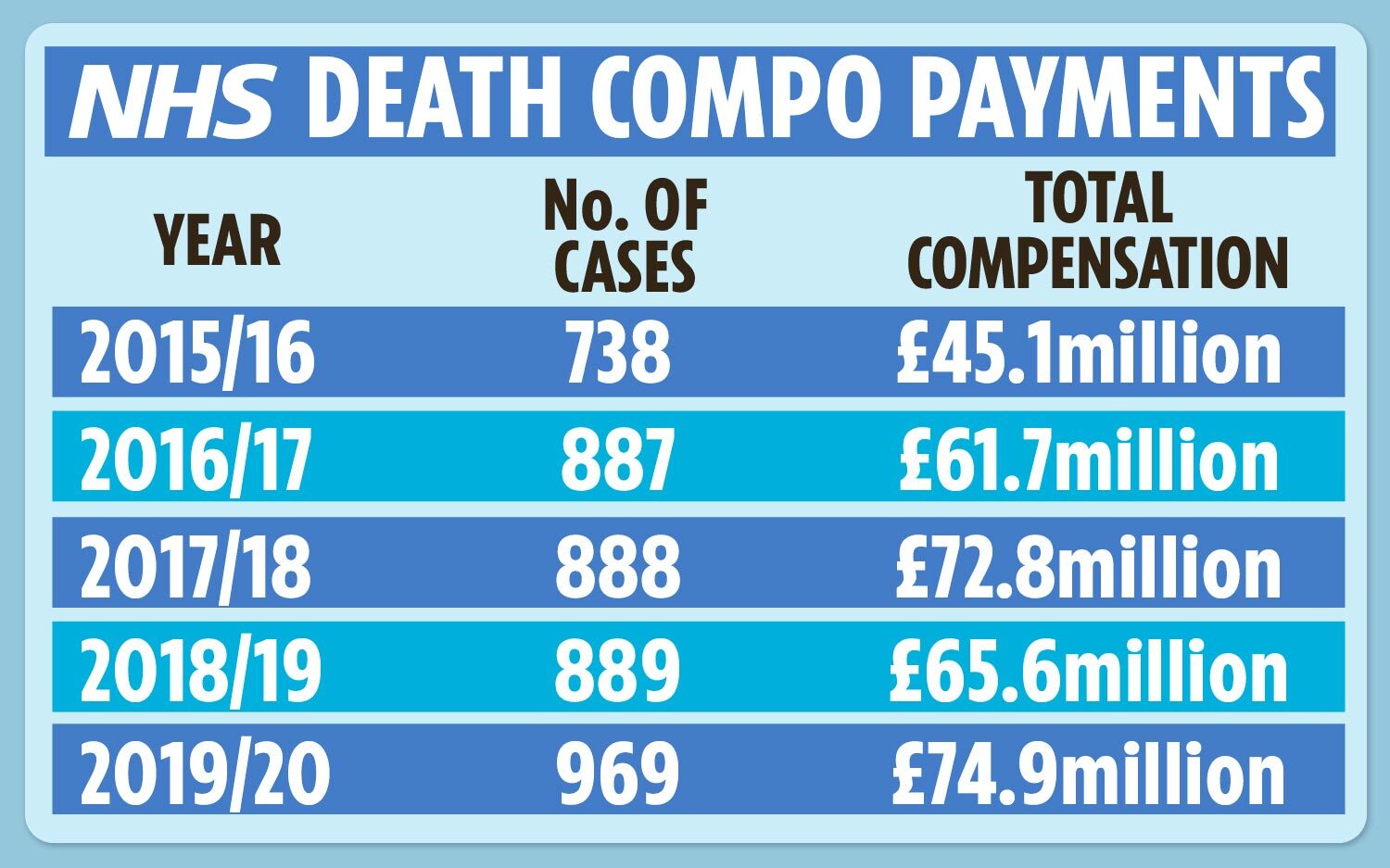 There have been a catalogue of errors leading to patient deaths

Successful claims against the NHS in England for a death have risen 31 per cent in five years while the compensation bill has soared by 66 per cent from £45million.

The NHS Resolution statistics reveal a catalogue of errors resulting in patients dying.

These include 29 cases where there was a medication blunder, 23 where the patient was discharged from hospital too soon, 24 where there was a failure to act on abnormal test results, and 50 where they were given the wrong treatment.

But the biggest causes of such deaths since 2015/2016 were 261 cases linked to a failure or delay in treating a patient and 158 where there was a similar lack or delay in diagnosis.

The average claim payout by NHS Resolution is £77,300 but some claims, where a person who died would have had a long working life ahead of them, have been settled for about £1million.

In 2012, a paper in the British Medical Journal calculated 13 per cent of hospital deaths were avoidable as they came from staff mistakes.

If this figure is correct, it means almost 12,000 preventable deaths occur in hospitals every year — more than 30 every day.

“People go to hospital to get better, they should not be killed due to poor care.”

Parents react after NHS trust fined £733,000 over death of baby