Actor Nicolas Cage was apparently swindled out of money for one of his hit films (Picture: Sonia Recchia / Getty Images for Diageo World Class Canada and Audi Canada)

Nicolas Cage allegedly never saw a penny for his role in hit drama film Leaving For Las Vegas according to director Mike Figgis.

Released in 1996 and based on the semi-autobiographical 1990 novel of the same name by John O’Brien, the film also starred Elisabeth Shue and Julian Sands.

It tells the story of a Hollywood screenwriter who lost everything because of his alcoholism and arrives in Las Vegas to drink himself to death, forming a friendship and non-interference pact with a sex worker along the way.

However, despite its runaway success, director Mike Figgis says neither Cage nor himself received payment for his role in the film. 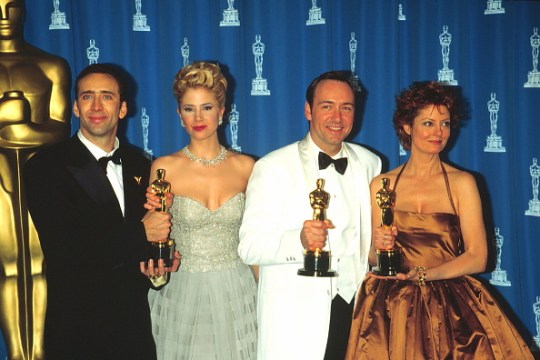 In a new interview for the It Happened In Hollywood podcast, The Hollywood Reporter’s Seth Abramovitch asked Figgis about the budget of the film, said to be $3 or $4 million (£2.64 or £3.53 million).

‘Who knows… I never saw the money. I mean, Nicolas and I never got paid,’ he revealed, ‘because they said the film never went into profit.’

Looking on the bright side, Figgis said the production was ‘a labour of love’ and he would do it all again for nothing.

Figgis also spoke about working with Cage, saying was the ‘heart and soul’ of the film, committing fully to his character and the production.

Following his role in the film, Cage would go on to star in The Rock, Con Air and Face/Off, cementing his status as a Hollywood superstar.