No Time To Die: What we know from James Bond trailers before release

After countless hurdles, delays and a worldwide pandemic, the 25th James Bond film, No Time To Die, is finally being released soon.

It’s been a long, long time coming, with promotion for the flick having been ongoing for about a year longer than expected, but we’ve finally got the last official trailer for the movie.

While many fans are thrilled with it, others have argued that the trailers show too much and that soon we’ll be able to piece together the whole movie from them.

Either way, they definitely show that Daniel will exit the franchise with a bang – and we wouldn’t have it any other way.

So, before we finally sit down to enjoy No Time To Die, there are a few key things we’ve learnt from the trailers.


Her secret will come out in a big way (Picture: MGM / BACKGRID)

Being Bond’s love interest was never going to be simple, but it looks like big things are going to be revealed about Madeleine Swann (Léa Seydoux).

Throughout the trailers, it’s been teased that there’s something James doesn’t know about her and, when he finds out, it’s going to destroy him.

Even in the final trailer, James is told: ‘When her secret finds its way out, it will be the death of you.’

As for what’s set to come out, only time will tell.

Bond will seek help from his greatest enemy 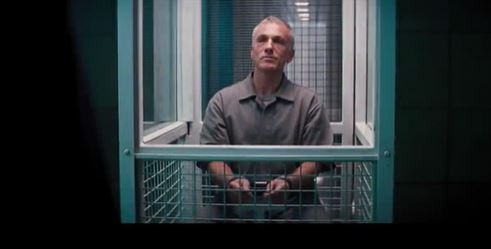 The pair will team up (Picture: MGM)

In his biggest mission yet, Bond will need all the help he can get, leading him to seek help from his enemy, Blofeld (Christoph Waltz).

In the latest trailer, the villain asks him: ‘James, fate draws us back together. Now your enemy is my enemy. How did that happen?’

What exactly will go down between the pair still remains to be seen.

Safin has a terrifying connection to Bond

Rami Malek’s Safin is known as one of the mysterious villains Bond has ever encountered, but some signs point towards the two having a connection that we don’t know about yet.

In the final trailer, Safin is seen telling Bond: ‘James Bond. Licence to kill. In love with Madeleine Swann. I could be speaking to my own reflection.’

Safin has been described as ‘a nasty piece of work’ and as ‘the one who really gets under Bond’s skin’ by producer Barbara Broccoli, so their connection might be just one of Safin’s creation designed to faze his nemesis – but we’re not ruling out another link too.

Daniel will go out with a bang (Picture: MGM)

There are various references in the trailers to the enemy being difficult to pin down, with Ralph Fiennes’ M telling Bond: ‘We used to be able to get into a room with the enemy. And now, they’re just floating in the ether.’

Basically, the threat is hidden and absolutely terrifying and for once, he might be a little out of his depth.

Sat in M’s office, Q (Ben Whishaw) asserts at one point: ‘Target enough people…’ with Bond finishing: ‘And the people become the weapon.’

While it seems unlikely that Bond is about to be killed off, there are plenty of references in the trailers that make it seem like he’s about to come very close to meeting his demise.

Safin tells him at one chilling point: ‘Your skills will die with your body and life is all about leaving something behind, isn’t it?’

Lashana Lynch will usher in a new era 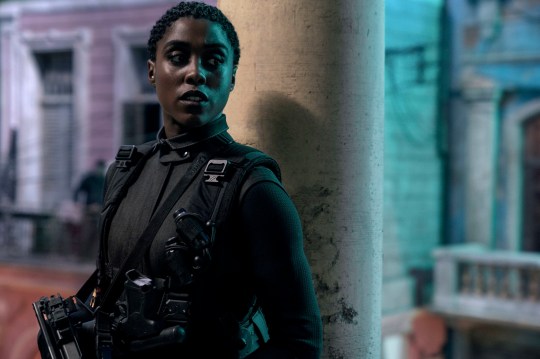 What exactly Lashana’s role will entail remains to be seen (Picture: MGM)

Ever since it was announced that Lashana Lynch would taken on the new ‘double-O’ role, fans have been curious about what exactly her role will entail.

In the final trailer, we see a bit more of her character, Nomi, coming into her own as she flies Bond away from danger.

‘Do you know how to fly one of these?’ he asks.

‘No,’ Nomi responds, quite literally taking the wheel.

Not long to go now…

No Time To Die is released on September 28.