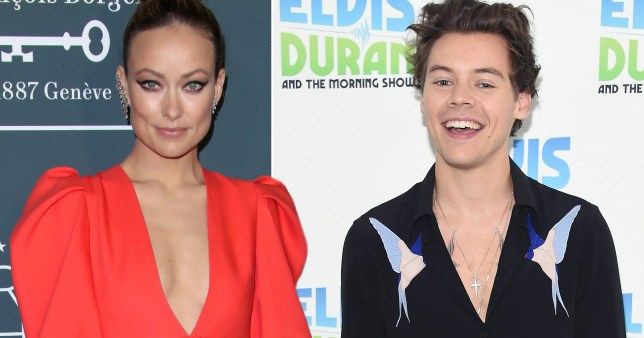 Olivia Wilde has let the world know some of the things she appreciates most about rumored boyfriend Harry Styles as she posted a gushing message on Instagram.

The 36-year-old director and the former One Direction star met on the set of their upcoming film, Don’t Worry Darling, last year – and it turns out Harry was more than happy to let women shine in the flick.

Sharing a black and white post of the 27-year-old actor on set, Olivia explained how Harry was willing to take on a supporting role so co-star Florence Pugh could lead the project.

‘The industry has raised them to believe it lessens their power (i.e financial value) to accept these roles, which is one of the reasons it’s so hard to get financing for movies focusing on female stories.’

She continued: ‘No joke, it is harrrrrd to find actors who recognize why it might be worth it to allow for a woman to hold the spotlight. Enter: @harrystyles, our “Jack” .

‘Not only did he relish the opportunity to allow for the brilliant @florencepugh to hold center stage as our ‘Alice’, but he infused every scene with a nuanced sense of humanity.’

‘He didn’t have to join our circus, but he jumped on board with humility and grace, and blew us away every day with his talent, warmth, and ability to drive backwards. ? #dontworrydarling,’ the actress concluded.

Don’t Worry Darling is a psychological thriller in which Harry and Olivia both star, with Olivia also serving as director. 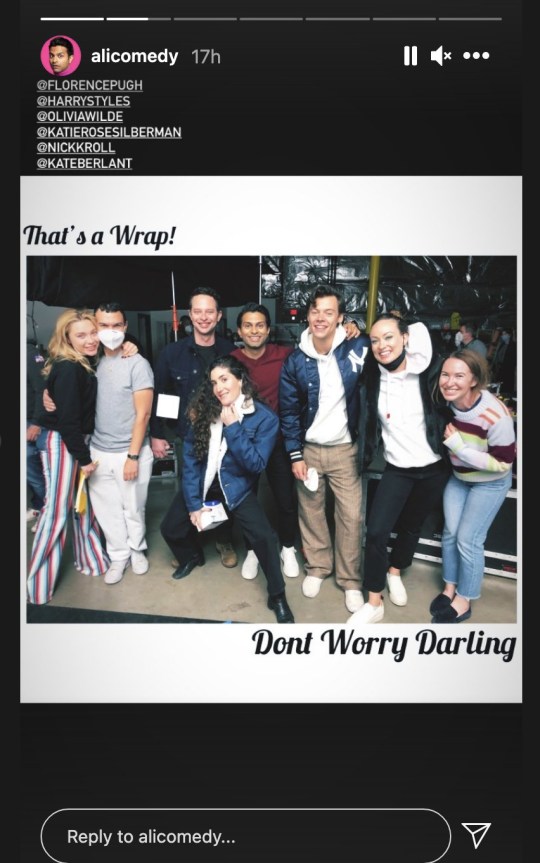 Harry and Olivia Wilde are reported to have fallen for each other while working on the film (Picture: Instagram)

The movie also features Gemma Chan and Chris Pine and follows a housewife in the 1950s whose husband is hiding a dark secret and she uncovers a disturbing truth.

It’s believed Harry and Olivia became close while working together, with sources claiming that the pair are ‘very happy’ together.

As the movie finally wrapped over the weekend, the pair were seen looking close as they joined the rest of the cast for a group photo shared by their co-star Asif Ali on Instagram.

News of Olivia’s romance with Harry came shortly after her split from ex-partner Jason Sudeikis, who she dated for nearly 10 years and shares two children with; son Otis, six, and daughter Daisy, four.