People Just Do Nothing cast reveal funniest scene was improvised

The People Just Do Nothing film is finally here, and it’s safe to say that it’s totally hilarious.

Big In Japan follows the Kurupt FM crew on their first big screen adventure as they make a trip to Tokyo after realising that their song has hit the big time overseas, but of course it’s not quite smooth sailing.

After five seasons of the comedy, we all know that’s easier said than done.

There is one scene that stood out more than most – when Grindah and Beats faced off against each other on the set of a gameshow, which led to things becoming physical – that got the most laughs from the cinema audience, but it turns out that the entire thing was actually improvised by the stars.

Chatting to Metro.co.uk ahead of the release, Allan and Hugo spilled the beans on the instantly iconic moment. 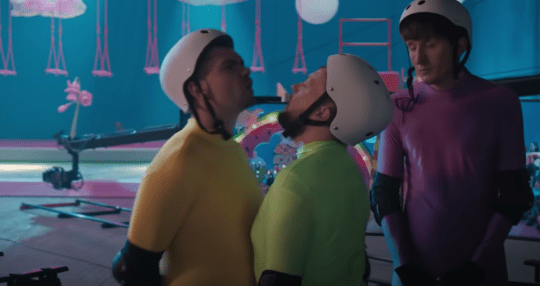 ‘For me that was probably my favourite things,’ Allan told us. ‘The fight scene wasn’t even meant to be in it. We just said, “Let’s just go for it”, because we were meant to just square up to each other.

‘It was just the improv that we went for.’

Laughing as he recalled the shoot, Hugo agreed: ‘The fight scene was funny!

‘We did loads in a club as well, we did a whole day in a club and it’s like two minutes in the film. That was insane.’ 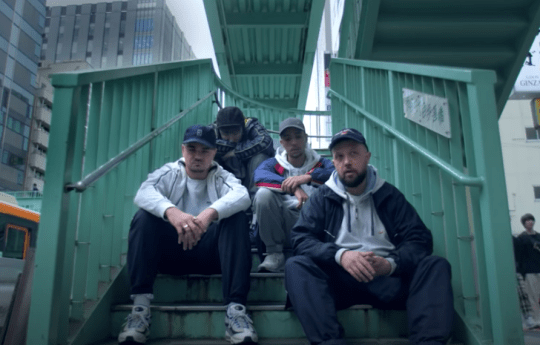 People Just Do Nothing: Big In Japan is hitting the cinemas on August 18 (Picture: Universal)

Allan also revealed that a lot of the material they shot actually ended up not making the final cut – often for good reason.

‘It’s always the case because we do so much improv, there’s so much that’s just left on the cutting room floor,’ he continued.

‘There’s a scene where Beats just does a lot of stuff on his own. In the film you see him in the arcade with Steves and Decoy. There was a scene where he goes to one of the famous onsens, the hot baths, with Decoy.

‘There, everyone’s naked as well, and because he’s got tattoos, they say to him at the desk, “Oh, no tattoos”. He’s like, “What? Is there anything you can do about that?”

‘And it cuts to him sitting in the thing with a wetsuit on and Decoy completely naked.’

Hugo said of the scene: ‘It makes sense for that not to be in there.

‘I sometimes message the director and ask, “Why is that not in there?” He sent it to me and he was right, it wasn’t that good.

‘Always scenes with him, for some reason,’ Allan joked.

People Just Do Nothing: Big In Japan is released in cinemas on August 18.