Brit actor Rufus Sewell, 53, on his anti-ageing secret, his riotous times with Heath Ledger and how to be hungover in armour.

It’s 20 years since A Knight’s Tale — can you believe it?

I am very fond of that film and those memories. Me and Heath [Ledger] were very close and we did have a riotous good time.

I learned that a hangover in armour is not a pleasant experience. I would pour water into it, and you would see steam come out.

And working out how to smoke through my visor, that was a feat of engineering. These are the problems an actor has.

You’re starring in Old, the new M Night Shyamalan movie. What’s it about?

It’s about a bunch of people who are selected for a holiday at this very fancy resort.

They are dumped with an enormous amount of food on to an idyllic beach and told that they’ll be collected at the end of the day.

But they quickly work out that they are trapped on this beach, the children they have arrived with are all suddenly getting older and becoming adults, and time is moving dangerously quickly… 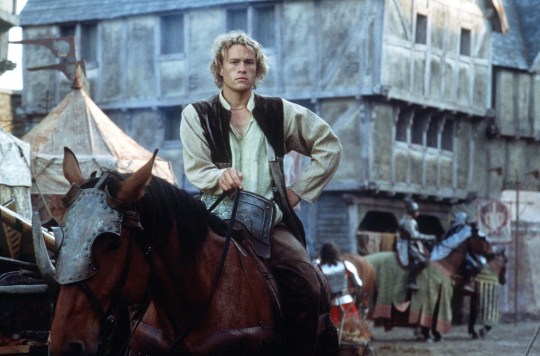 Did the rapid ageing effects on Old freak you out?

Quite the opposite! I am not someone who is neurotic about getting older – I mean, I actually quite like it, up to a point.

I enjoy the process of getting older because it took me a while to get rid of ideas that I had about myself that weren’t helpful.

That said, I am 53 now and I sometimes look in the mirror and think: ‘Ugh!’ 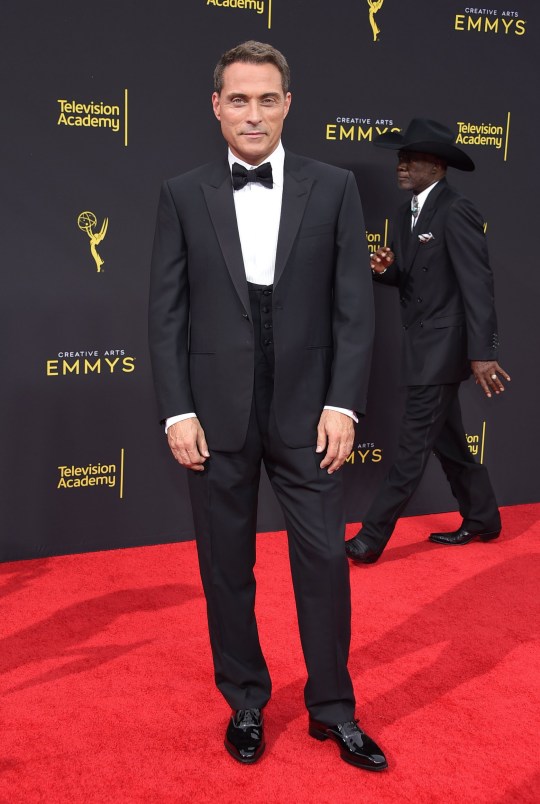 The 53-year-old had to heavy make-up and hairpieces for his aged-up role in Old (Picture: AFF-USA/Rex/Shutterstock)

Were you in the make-up chair for ages?

For Old, I would sit in a make-up chair for four hours and have them add 25 years on me and, because the make-up was so good, by the end of the day I would think that that’s my face.

So on the night of my 53rd birthday I agreed that, rather than having a full hour of having to take the ageing hair and make-up off, I was allowed to swim out into the sea and pull 20 years of ageing off my face.

I looked in the mirror afterwards and it was like I had this young baby face! It was a blast. I felt such gratitude.

Would you describe yourself as a reformed bad boy?

There is nothing more tiresome than a reformed rake. I was never really a bad boy.

That makes it sound so much sexier than it actually was. A recovering nuisance, possibly.

You’ve done a lot of posh period drama. Are you posh yourself?

Not posh at all, actually. We were quite poor: free school dinners and all that.

My dad was an artist, an animator [who worked on the Lucy In The Sky With Diamonds section of The Beatles’ Yellow Submarine film], and we grew up in a tiny little house in Twickenham.

When I was 10 or 11 we ended up in council housing and on benefits, and then we were borderline homeless for a while.

But at the same time we had books, we had a piano, we were so privileged in many ways. It was an arty, bohemian upbringing.

When I was at school people thought I was posh because my mum has always been well-spoken.

Would you have chosen the name Rufus for yourself?

Not for a long time, I wouldn’t. I don’t think that anyone in their right mind would! My brother’s name was Casper and I was named Rufus, and I wasn’t in a posh school.

I was in a school where everyone was called Lee or John so I was always very protective and chippy about my name.

But looking back now, I am very glad that I am a Rufus. 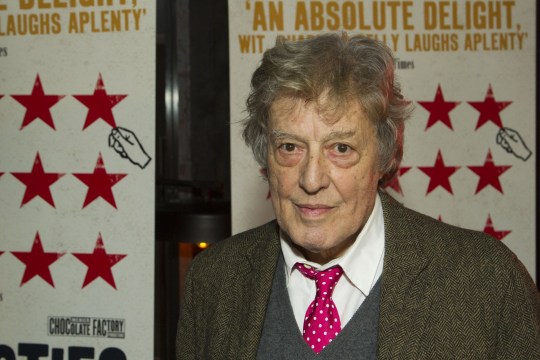 If you could delete one film from your back catalogue, what would it be?

Just one?! A lot of things don’t come my way so I have done a lot of films that aren’t really my thing on the hope that they turn out OK.

I never do anything I don’t think I can be good in but I am semi-fussy with film, quite fussy with TV and really fussy with theatre.

The Marvellous Mrs Maisel, The Father and Judy all came from people who saw me doing Tom Stoppard on stage. I need more theatre directors to direct movies.

I am in Los Angeles. I live here but I don’t have a Hollywood showbiz life. So when I do have the chance to do premieres and stuff like that, I find it quite fun in a kind of touristy way.

The main reason I live here is because my seven-year-old daughter is here, who I co-parent with my ex. I do often wish I was back in London, though.

I moved here for a job and I stayed, first because of a relationship and now because of my kid.

But most of those 10 years or so have been spent working in England anyway so I haven’t really had to miss it so much. The Covid period is probably the longest I have been away.

What English things do you miss the most?

Walking about and, in terms of people, the humour. Though I do tend to locate the people who say ‘c***’ here.

Americans can overdo [the C-word], they just shout that word and it can be a bit tiresome.

But there are some very quickwitted and sarcastic people here with a sense of humour you would be familiar with — it just takes some finding.

Old is out in cinemas from Friday