*WARNING: Spoilers for Space Jam: A New Legacy below*

Will Michael Jordan appear in Space Jam: A New Legacy? According to the director there is a possibility…

The Chicago Red Bulls legend was the leading man in the original film, which hit the big screen in 1996, but was replaced by LA Lakers star LeBron James for the ‘A New Legacy’ reboot, which is released in cinemas on July 16.

However, there is one scene where we get a hint of a cameo from the basketball legend before it ends up being someone else entirely.

Chatting to Metro.co.uk ahead of the release, director Malcolm D Lee spilled the beans on that epic scene, revealing he could still make an appearance in the final cut.

When asked about whether they had approached Michael to take part, he told us: ‘We considered it. And maybe before it hits theatres or HBO Max, maybe we’ll get him.’


Will we get a Space Jam: A New Legacy cameo from the basketball legend? (Picture: Getty)

Aside from the OG star, he also heaped praise on LeBron, who took the baton in the sequel alongside a string of chaotic Looney Tunes.

‘I loved working with LeBron,’ Malcolm continued. ‘We had talked about working together back in 2010 but it didn’t come to fruition. So to come together on this was very special.

‘I’ve been a fan of him since he since he hit my consciousness. He was great, he loves to be directed, loves to be silly, loves to dress up as different characters.

‘When we asked him to do things that were a little bit more difficult, like accessing emotions and things like that, he was able to step up to the plate.’ 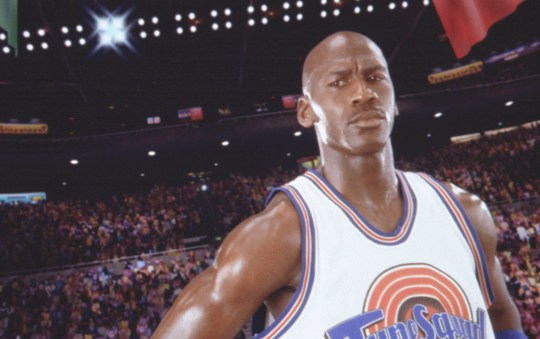 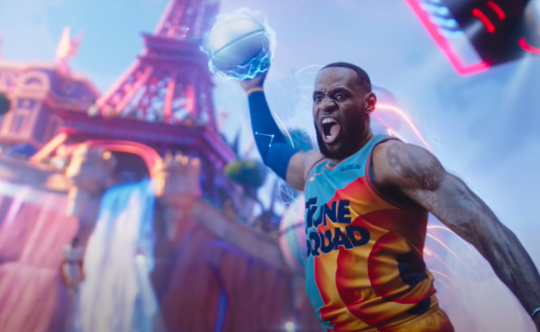 LeBron took over his role for the new reboot (Picture: YouTube)

Fans really took the first movie to their hearts, with the flick still beloved today.

Film bosses had floated the idea of a possible follow-up shortly after the original release, but it wasn’t until 2014 that Warner Brothers officially announced they were working on an official revival, starring LeBron.

Lifting the lid on the work that went on behind the scenes to bring their vision to life, Gabriel Iglesias confessed that most of his voice recordings took place from the comfort of his own sofa at home.

The actor, who voiced Speedy Gonzales explained: ‘As much as [there is] going on in the film that you see, with all the lights, the colours and the characters. For me, I was just at home, I did the entire film from my house.

‘Unfortunately we couldn’t go into studios until the very end so a lot of the recordings happened from basically a couch. It was a lot of fun though, because I wasn’t able to tour, perform and do stand up, so this was something incredible to be part of.

‘And to be able to do it from home, I think it was a pretty awesome.’

There is one person Gabriel is absolutely desperate to speak to, as he laughed: ‘I’m a big Lakers fan so I will be going to a game soon.

‘If I see LeBron and I’ll be like, “Hey don’t forget Speedy, the guy that jumped off jumped off of bullets!”’

Space Jam: A New Legacy is in cinemas from July 16.