While it was supposed to be the last award of the night to be revealed, the ceremony started where it should have ended when Spike named the Julia Ducournau thriller Titane as the top film on Saturday.

Following the confusion, director Julia didn’t come to the stage at first to accept the award. Instead, she waited until the announcement at the end of the ceremony where the prestigious award was given by presenter Sharon Stone.

Spike, known for directing such acclaimed movies as BlacKkKlansman and Do The Right Thing, was seen with his head in his hands as the ceremony continued and other awards were handed out.

Speaking at the press conference after the ceremony, the director said about the mistake: ‘I have no excuses. I messed up. I’m a big sports fan. It’s like the guy at the end of the game in the foul line, he misses the free throw, or a guy misses a kick.’

He added: ‘So no apologies… I was very specific to speak to the people of Cannes and tell them that I apologize. They said forget about it.’

In other categories, the Grand Prix award was a joint honour split between the Iranian drama A Hero and Finnish director Juho Kuosmanen’s Apartment No. 6.

Caleb Landry Jones took home the best actor prize for his performance in Nitram and Renate Reinsve won best actress for Joachim Trier’s The Worst Person in the World. 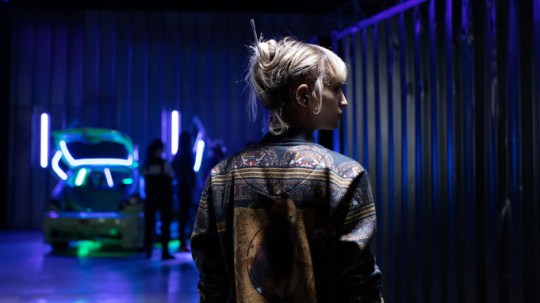 The Camera d’Or award, a non-jury prize for best first feature, went to Antoneta Alamat Kusijanovic. She was unable to receive the award in person having given birth just a day earlier.

The ceremony brings a close to the 12-days of red-carpet events and premieres, which saw the return of the festival after being postponed in 2020.

It saw smaller crowds than usual attending screenings and mask-wearing in cinemas.

Titane came out on top of the 24 films in the shortlist for the Palme d’Or. It becomes the first winner since Bong Joon Ho’s Parasite won in 2019.

Filmmaker Ducorneau, who previously made horror film Raw, is only the second female filmmaker to win the top award at Cannes since Jane Campion for The Piano.

Billy Eichner will star alongside the likes of Luke Macfarlane and Ts Madison in Bros (Picture: Getty Images for MTV)Comedian...