The actor opened up on his experience shooting in a real kitchen (Pictures: PA/Vertigo Releasing)

Stephen Graham has said shooting the film Boiling Point in a single take was the most ‘zen’ acting experience of his life.

The Merseyside-born actor, who will appear in the upcoming sixth series of Peaky Blinders, answered questions, alongside the film’s director Philip Barantini, following a screening of the film in Liverpool on Friday evening.

The 48-year-old, who was Sam Fender’s dad in the singer’s Spit of You music video last autumn, said: ‘For me, it is the most zen acting I have ever done in my life.’

‘When you’re acting you’re always told it’s about being in the moment and living for that moment you’re in,’ he explained.

‘With that you have no choice because you are actually right in the moment and in the environment.’

The cast and crew took over the restaurant, owned by a friend of Barantini, in March 2020 and had intended to film eight full takes, but the arrival of the coronavirus pandemic meant they were only able to shoot it four times.

Barantini said when he called cut on the third take, the cast celebrated as if they had won the Champion’s League final.

‘I was knackered for about three days after.’

Barantini revealed that the fourth take was more technically perfect, but the earlier version was used for the film because of the performances.

Time star Graham added: ‘I always said we’d get it on the third take.’

Graham and Barantini, also originally from Merseyside, met about 20 years ago when both were actors in hit TV series Band of Brothers, alongside Damian Lewis, David Schwimmer, Michael Fassbender and Tom Hardy. 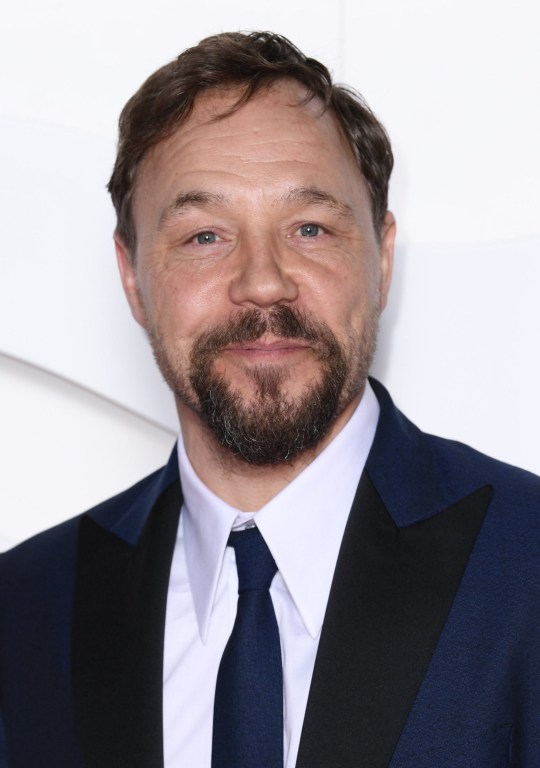 The actor worked with his friend of 20 years, actor and director Philip Barantini (Picture: David Fisher/BAFTA/Shutterstock)

Boiling Point is loosely based on time Barantini spent working as a chef and covers issues including self-harm, addiction and racism – all in the space of one night’s service at the restaurant.

The actors were initially given a script with no dialogue, only stage directions, and improvised the words during rehearsals.

‘We just let it be as free as possible and then everything is improvised so it’s natural,’ Graham stated.

‘We have a blueprint or skeleton and we’re allowed to embellish that as we go along.’

He said they also tried to ensure the cast was diverse.

‘We wanted our cast to be a fair representation of what a London, or Liverpool, or any working class kitchen would be.’

Asked how working with his friend compared to being directed by Martin Scorsese, who Graham worked with on Gangs of New York, Boardwalk Empire and The Irishman, opposite Robert De Niro, Al Pacino and Joe Pesci, Graham said the two were very similar.

Boiling Point is in UK cinemas and on digital platforms now.