The defending 100m breaststroke champion arrived in Japan as Britain’s racing certainty to be top of the podium. 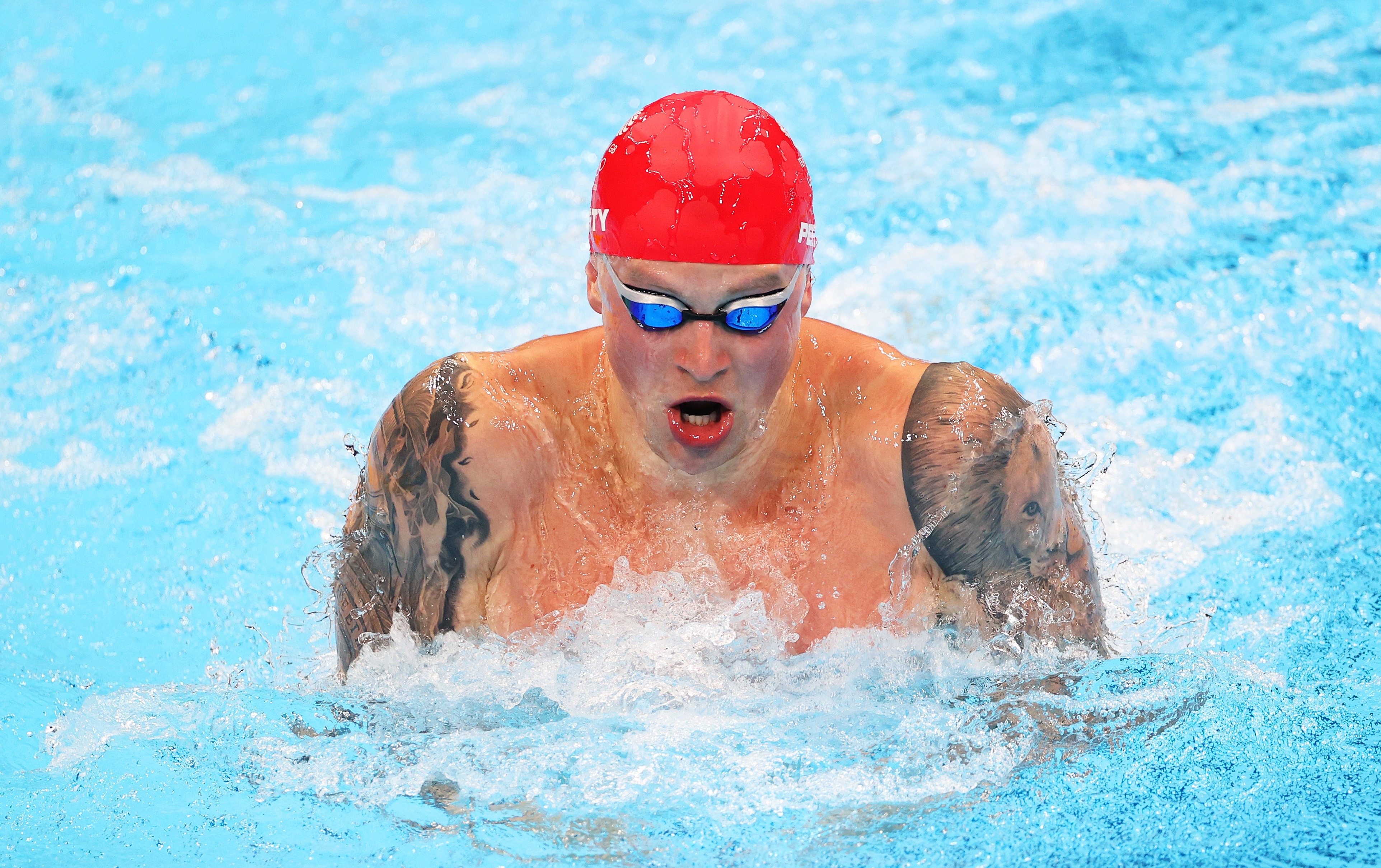 Peaty blitzed the opposition to win the 100m breaststroke 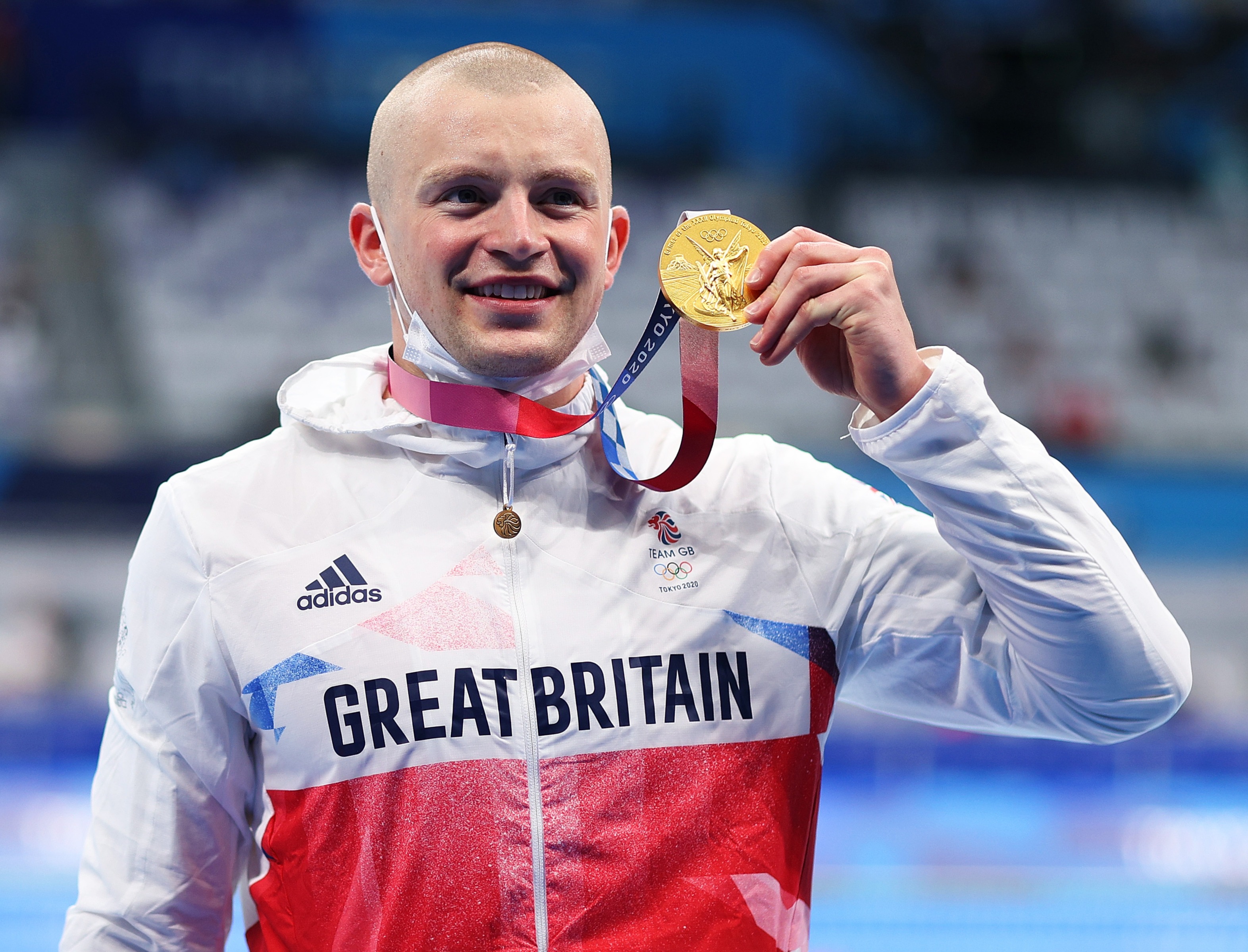 And he celebrates with Great Britain’s first gold medal at Tokyo 2020Credit: Getty

After dominating the opening two rounds, the 26-year-old Peaty, unbeaten in seven years, blitzed the field.

And he was too good once again as he broke GB’s Olympic gold duck for the second Games running.

He also became the first GB swimmer to retain an Olympic title.

Peaty was clearly ahead of closest rival Arno Kamminga of Holland by the 25m mark, turning three tenths of a second in front.

And there was nothing to stop him coming home in 57.37 seconds, slightly slower than his Rio time, ahead of Kamminga and Nicolo Martinenghi of Italy, with James Wilby just out of the medals in fifth,

The “Staffordshire Pool Terrier” has been biting chunks out of the world record since 2014, having previously recorded the 16 fastest swims in history.

And he made that 17 with his swim being the fifth fastest ever recorded.

Peaty, who splashed the water in delight after touching home and then bowed politely when he left the pool, made the BBC apologise with a sweary response. 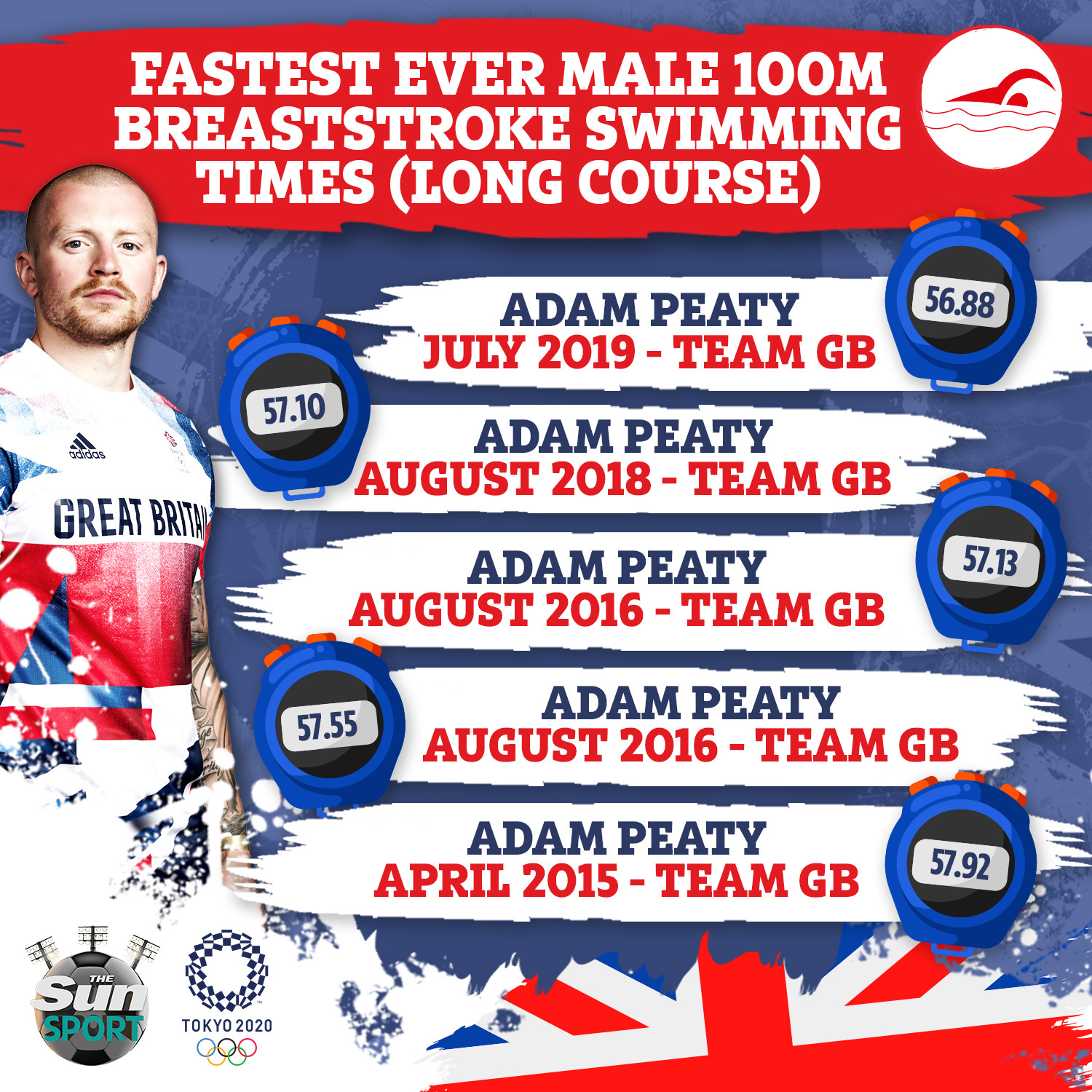 He said: “It takes an athlete to be the best person on the day and who f wants it more.

“It just means the world to me.

“I thought I had the best preparation but morning finals changed everything and threw that out of window.”

He added: “I felt the pressure but I needed to put myself on edge.

“I was racing myself. It wasn’t about the time but the race.

“I wanted it more. I know they are trying to get me but that’s where the training comes in.

“I knew it was going to take every bit of energy and I’m just so f relieved. Apologies for the swearing!”

Earlier, Scotland’s Duncan Scott powered down the final length to be the quickest qualifier for the 200m freestyle in 1:46.60.

Tom Dean also made it as the fourth fastest into tomorrow’s final.

Scott said: “It was good for us to see what had happened in the first semi and that was a good opportunity. We have a good chance in the final.”

Dean added: “It’s the Olympic Games. Some people massively step up and for others it gets the better of them.

“The stats say we should both be on the podium but that’s just on paper. It is really exciting.

But Sarah Vasey failed in her bid to reach the 100m breaststroke final, finishing 11th quickest in1:06.87

Canada’s Maggie MacNeill held off China’s Yufei Zhang and Emma McKeon of Australia in a blanket finish to take 100m butterfly gold in 55.59, the third fastest of all time. 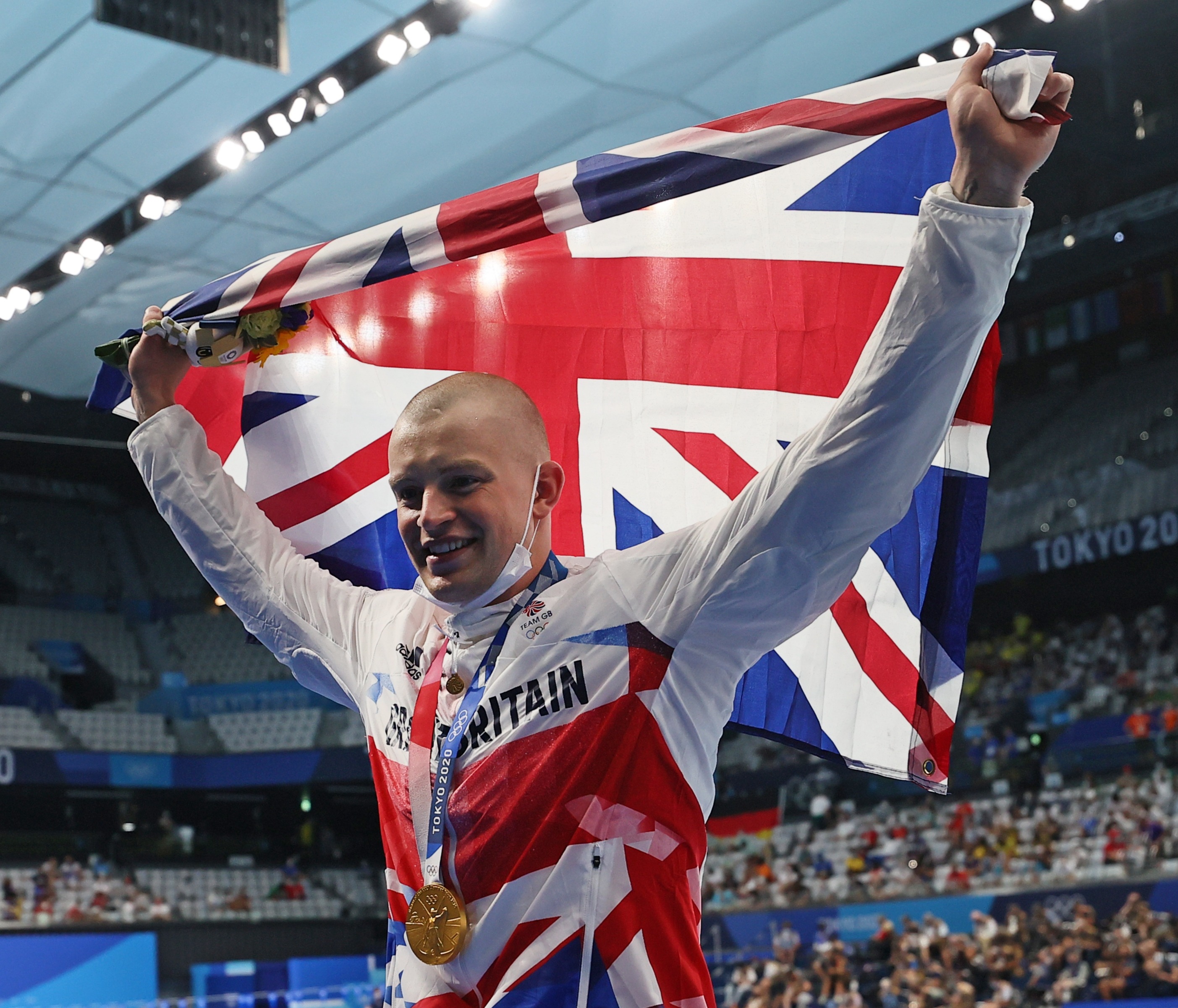 Adam Peaty celebrates with the British flag after his winCredit: Getty 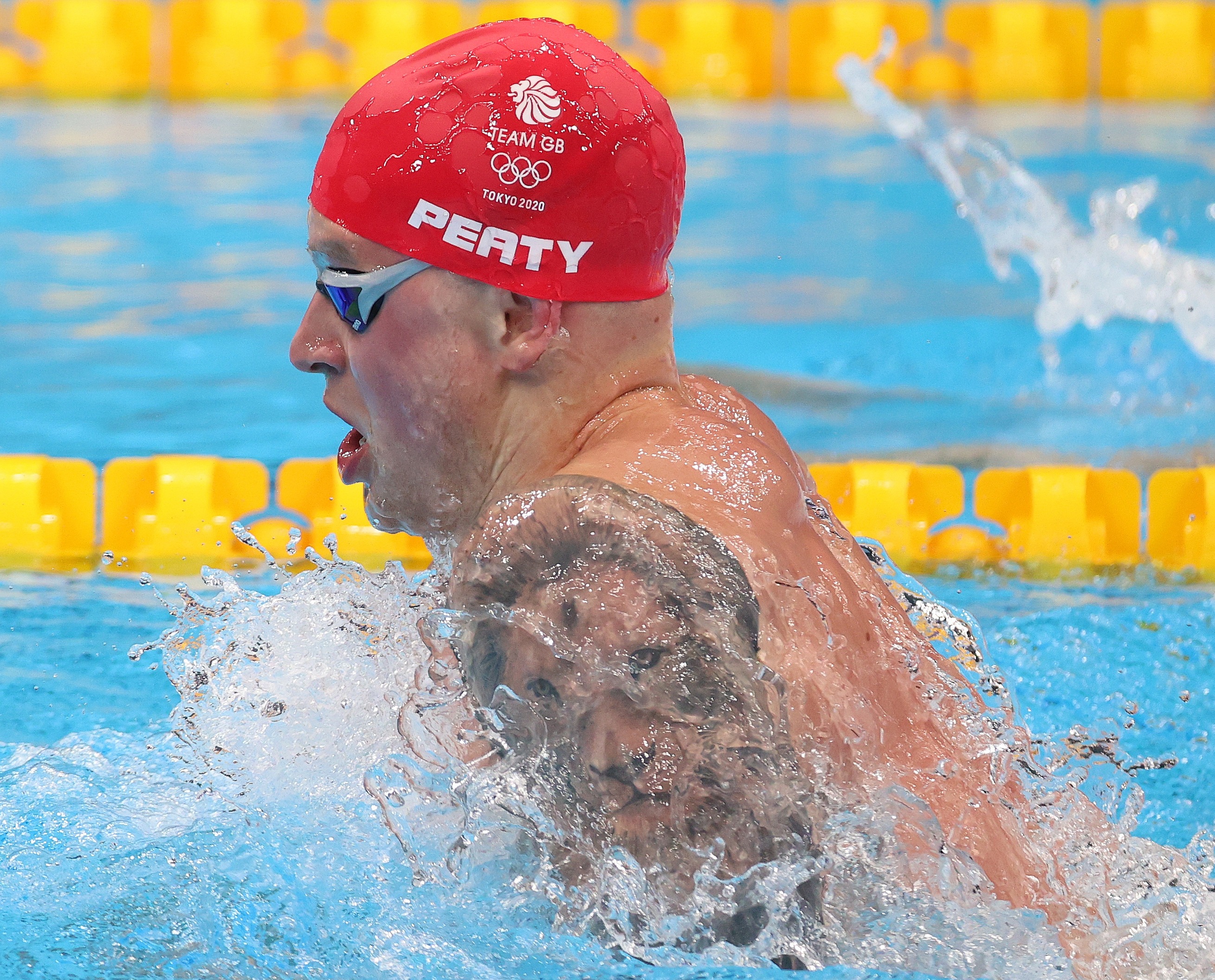 He had all the pressure and expectation on him and delivered in styleCredit: Getty