He won an Academy Award and earned a reputation as one of the greatest-ever American actors. 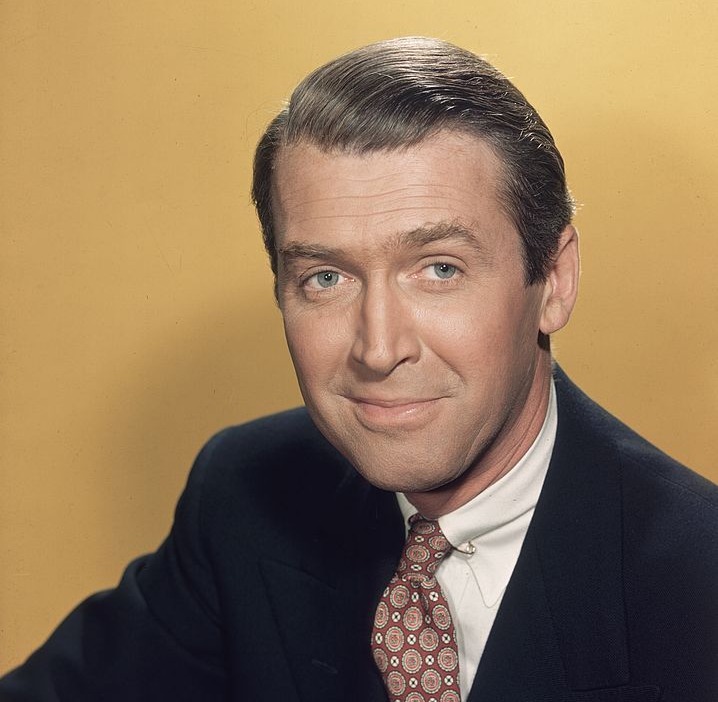 With such a long career, it can be difficult to know where to begin.

Here’s a countdown of the silver screen legend’s Hollywood hits. 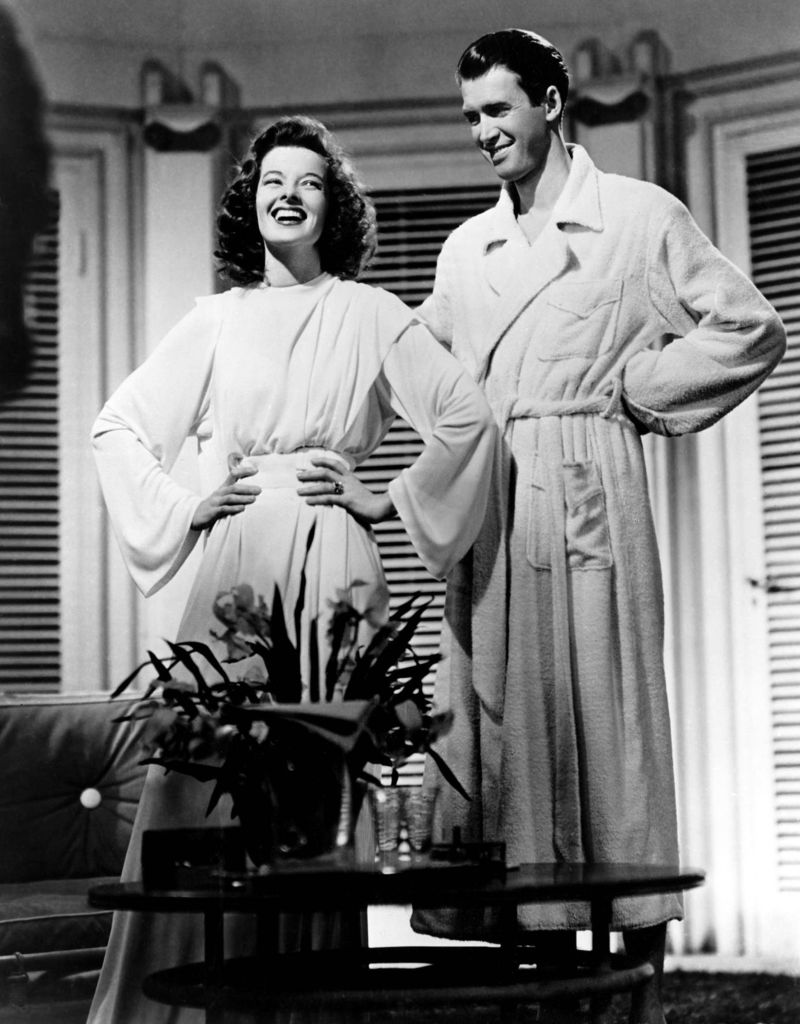 This star-studded 1940 classic saw Stewart pick up his only Oscar for his portrayal of tabloid reporter Macaulay Connor.

The plot centres around socialite Tracy Lord, played by Katharine Hepburn, who is about to remarry when Macaulay comes into her life.

A tangled web ensues as Tracy is forced to choose between her ex-husband, her husband-to-be, and Macaulay. 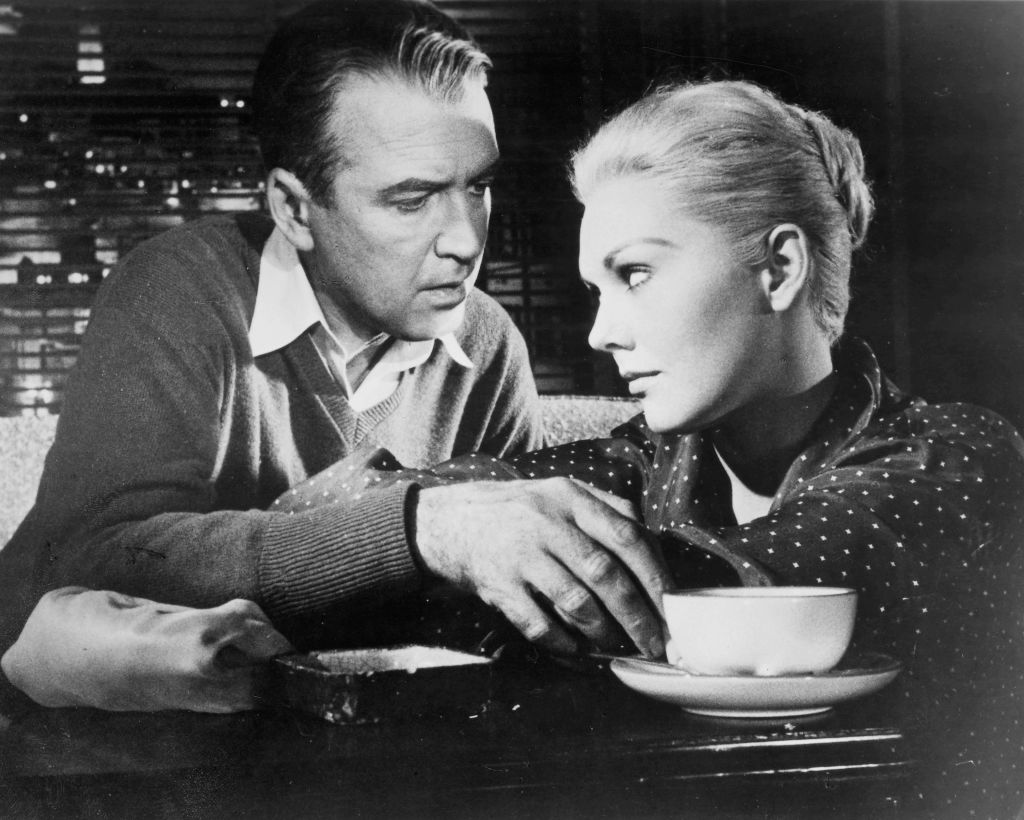 This 1958 classic thriller was directed by Alfred Hitchcock.

Stewart plays the role of John “Scottie” Ferguson, a retired cop with a fear of heights.

Scottie is hired as a private detective to track the movements of Madeleine Elster, played by Golden Globe winner Kim Novak.

He ends up falling for her, but everything is not as it seems.

Despite mixed reviews on its release, it is now ranked as a Hitchcock masterpiece and one of the most critically-acclaimed films ever made.

Stewart also clinched The Silver Shell for Best Actor at San Sebastián International Film Festival in 1958 for his portrayal of Scottie. 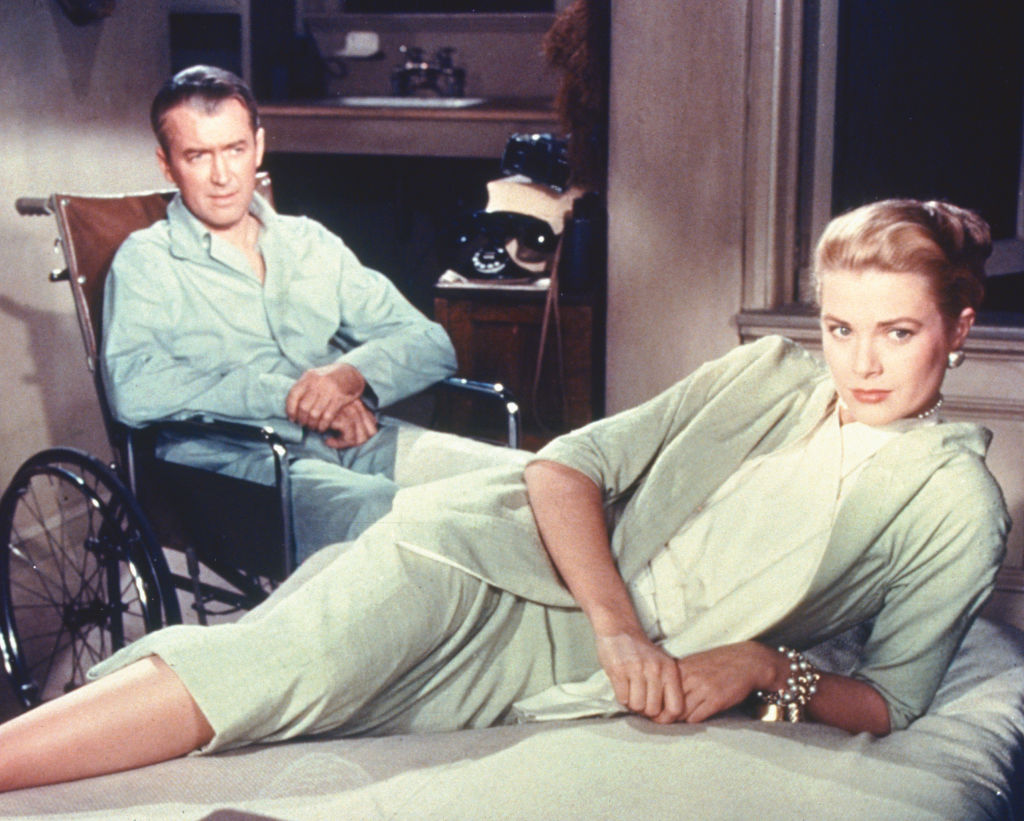 This legendary Alfred Hitchcock classic sees restless photographer L. B. “Jeff” Jefferies spy on his neighbours as he recovers from a broken leg.

Played by Stewart, he becomes convinced that a murder has taken place.

Along with his girlfriend Lisa Fremont – played by Grace Kelly – he hatches a plot to catch the killer red-handed.

The film was nominated for four Academy Awards, including Hitchcock as Best Director.

It also gained a coveted spot in the US Library of Congress as “culturally, historically, or aesthetically significant”.

4. Anatomy Of A Murder 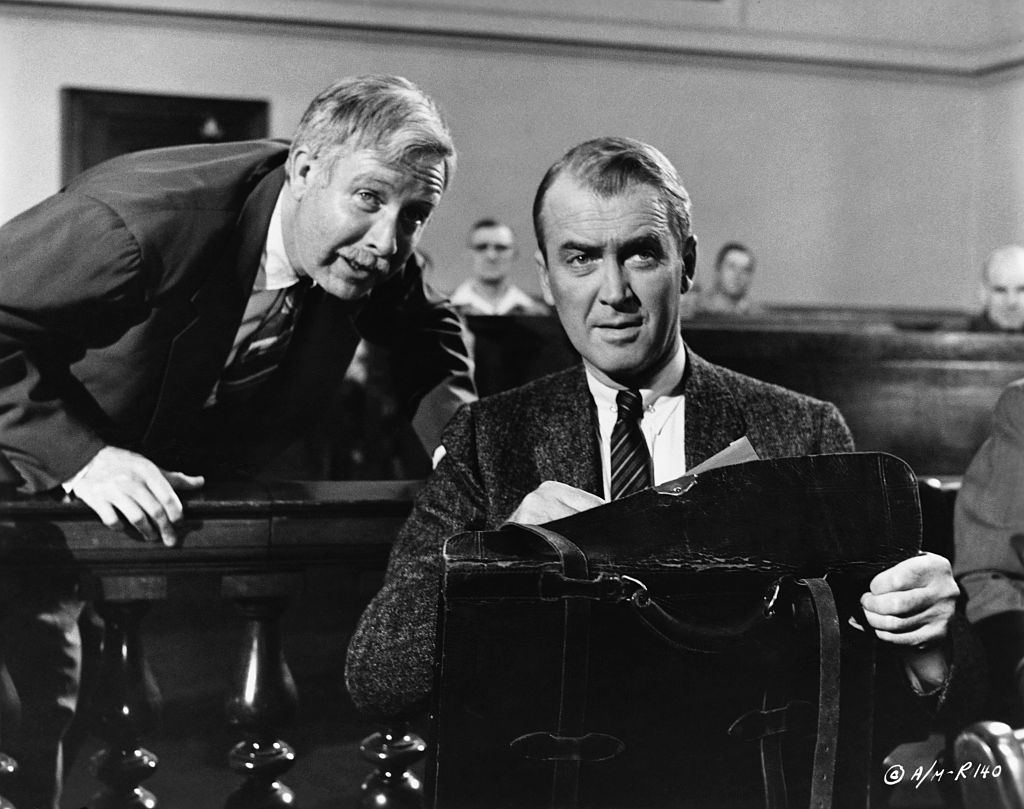 James Stewart with Arthur O’Connell in Anatomy Of A MurderCredit: Getty Images – Getty

Stewart plays the role of Paul Biegler, a semi-retired lawyer who takes on a murder case. The defendant pleads insanity but the truth is unclear.

The heated courtroom drama proved controversial on its release in 1959 and was even banned in Chicago.

The city’s mayor slammed it for containing foul language like “climax” and “contraception”. But a court overturned the ban.

Stewart’s portrayal of a “simple country lawyer” saw him nominated for Best Actor at The Oscars. 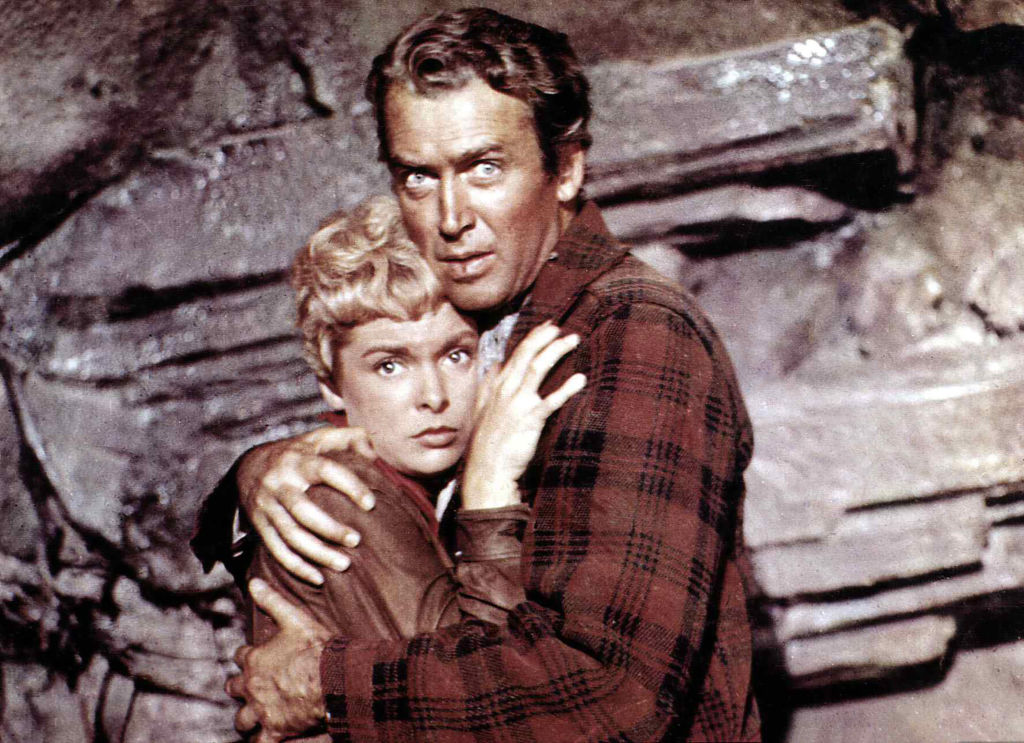 Janet Leigh and James Stewart in The Naked Spur

He is on a mission to bring known killer Ben Vandergroat to justice – and make $5,000 along the way.

Kemp is forced to team up with two dubious partners, who end up turning on each other.

Empire described the movie, also starring Janet Leigh, as “the best of an outstanding run of Westerns” featuring Stewart.

Then and now, The Naked Spur is considered a “masterpiece” of the genre. 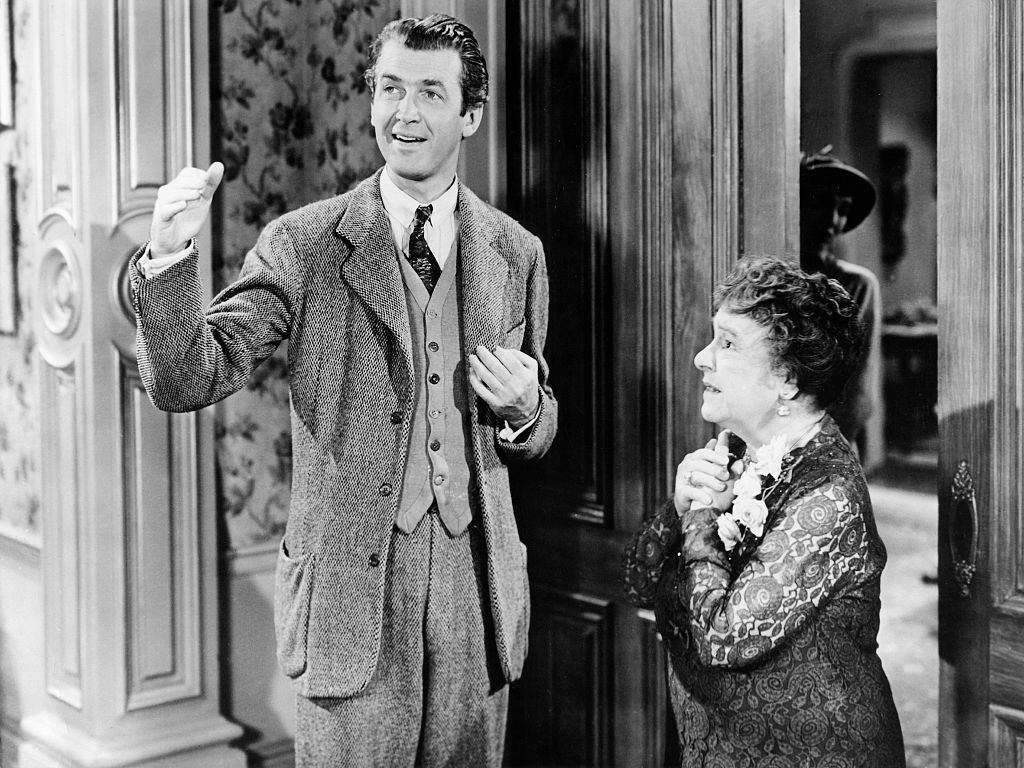 Based on Mary Chase’s 1944 play of the same name, this bizarre 1950 flick sees Stewart play mad man Elwood P. Down.

Elwood lives with his best friend, an imaginary 6ft 3.5in rabbit named Harvey.

His sisters try to put him in an asylum, where he would receive a novel treatment which threatens his friendship with the enormous animal.

Despite the risk of losing its magic through screen adaptation, the film was nominated for a handful of awards and was a hit with critics.

This odd comedy serves to be one of Stewart’s more memorable performances, being touted as one of his best ever by TV Guide. 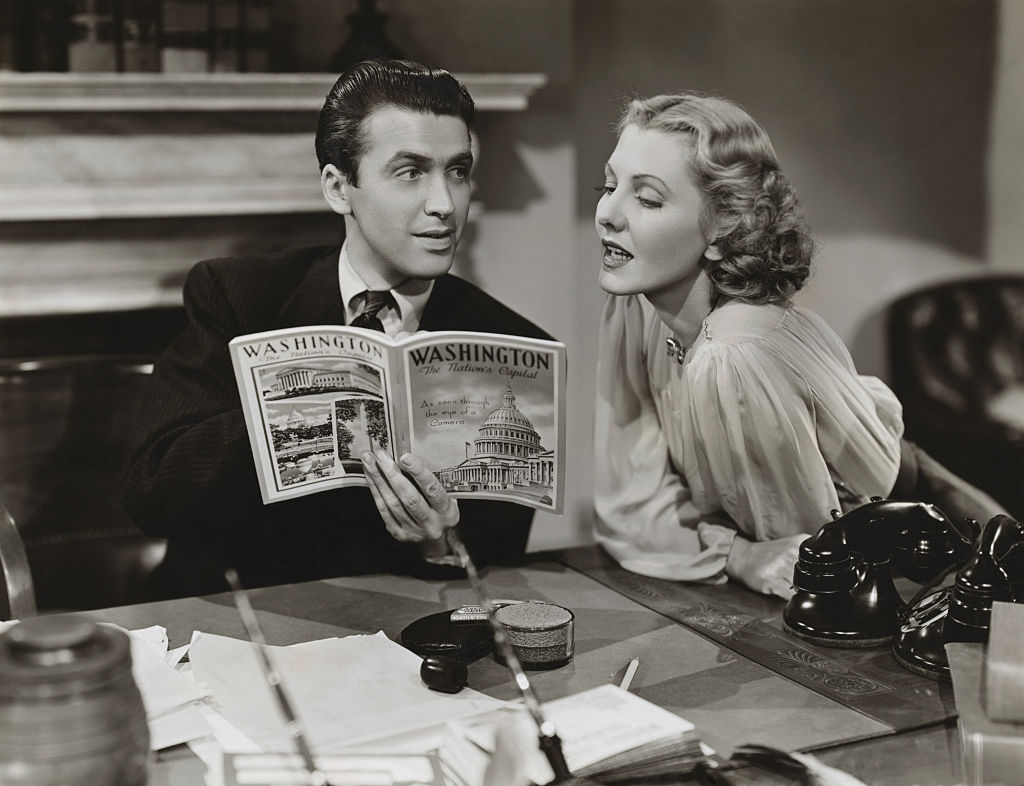 Stewart plays Jefferson Smith, a Scout leader-turned-idealistic politician who ends up in the US Senate under the mentorship of Joseph Paine.

But Paine turns against Smith to foil plans to build a boys’ campsite in favour of a more lucrative project.

This puts the fresh-faced senator Smith at odds with the most powerful law-makers in the land.

A number of politicians are rumoured to have walked out of the 1939 premier in Washington DC, outraged by the film’s portrayal of corruption in government.

But Stewart’s heroic portrayal of Jefferson Smith helped cement him in the minds of most viewers and critics as a man of moral principle. 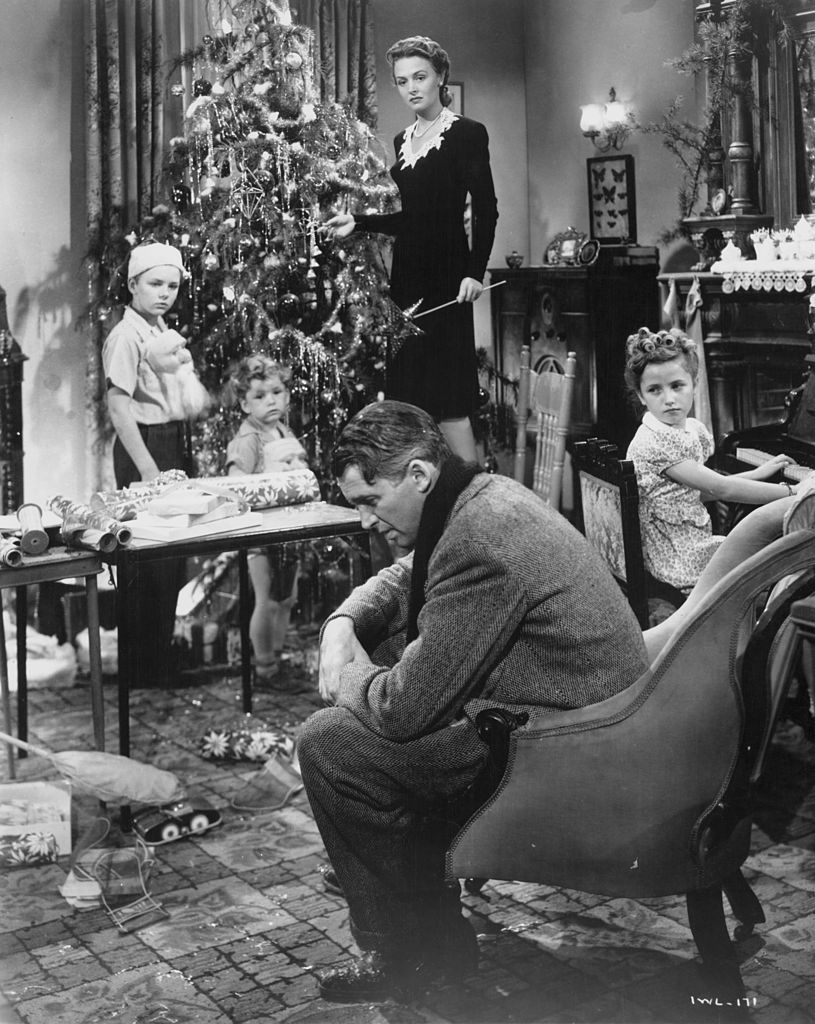 Jimmy Stewart was nominated for an Oscar for his role as George in It’s A Wonderful LifeCredit: Getty Images – Getty

This Christmas classic came close to bagging Stewart his second Oscar as Best Actor in his role as kind-hearted bank manager George Bailey.

After hitting a devastating low point and contemplating suicide, George gets a visit from his guardian angel who shows him the value of his past good deeds.

The film was considered a financial failure on its release in 1946.

But it was nominated for five Academy Awards including Best Picture and has since been touted as one of the best films ever made. A must watch.

9. The Shop Around The Corner 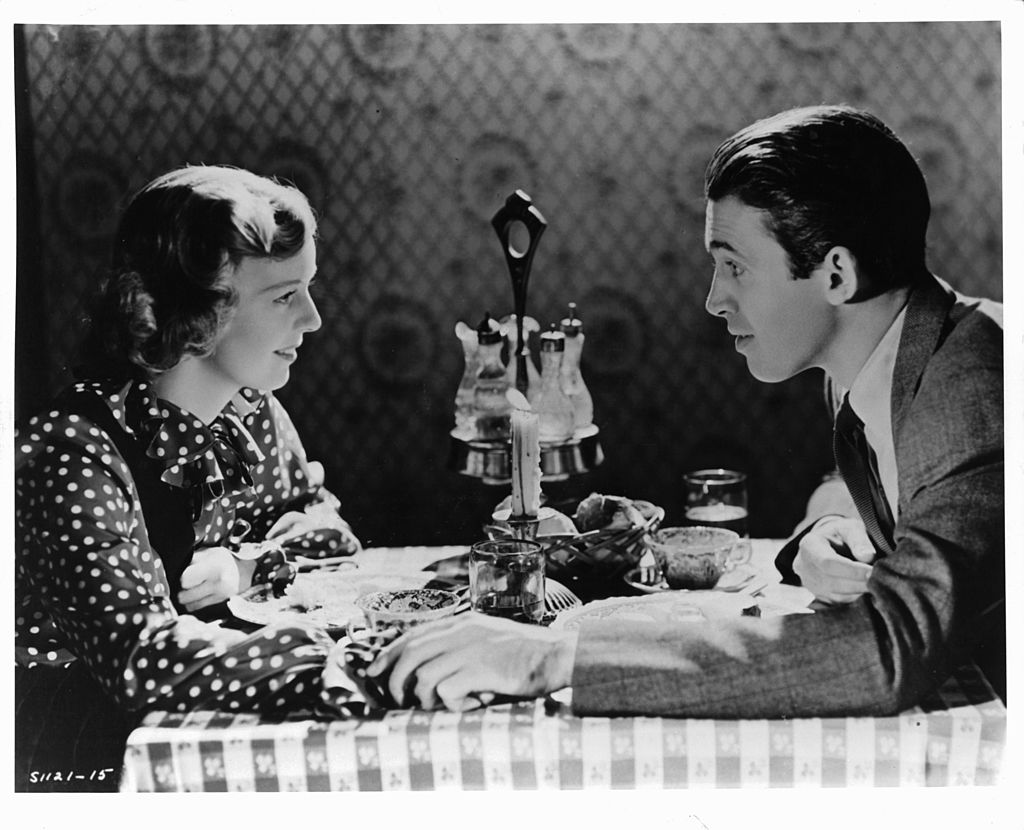 Margaret Sullavan stars alongside James Stewart in The Shop Around The CornerCredit: Getty Images – Getty

But the pair unwittingly fall in love as pen pals, not knowing they are really writing to each other.

The 1940 film’s success can be seen in its many remakes, including the 1998 film You’ve Got Mail starring Tom Hanks and Meg Ryan. 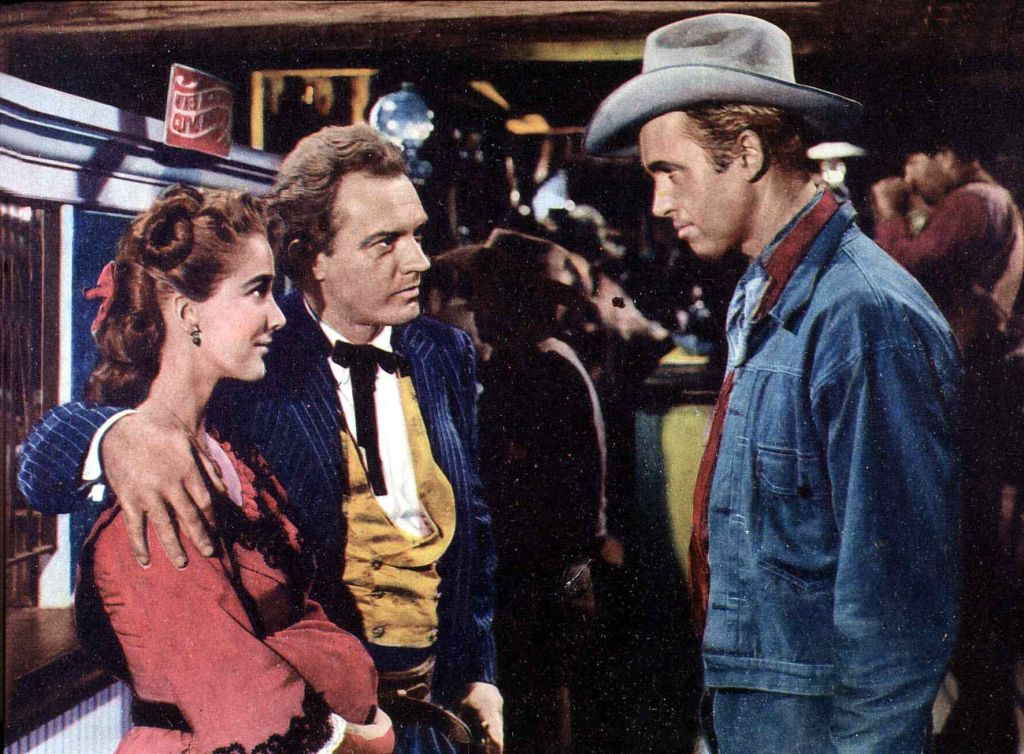 Set in 1866 on the American frontier, Bend Of The River – originally released in Britain as Where The River Bends – is a tale of mercy, revenge and heroism.

A departure from many of his earlier roles as the down-to-earth everyman, this 1952 Western featured Stewart as an edgier, more violent outlaw turned good.

The film initially received poor reviews but has since been accepted as one of the greatest Westerns to hit the big screen.