Timothée Chalamet and Tilda Swinton at The French Dispatch premiere

Timothee Chalamet ensured all eyes were on him as he wore a shimmering gold and silver outfit at The French Dispatch premiere at the 2021 Cannes Film Festival (Picture: AFP / AP / Reuters)

Timothée Chalamet looked every inch the style icon as he walked the red carpet with Tilda Swinton at The French Dispatch premiere at the Cannes Film Festival on Monday.

The actor, 25, stood out from the crowd in a shiny silver and gold suit as he rested his head on co-star Tilda’s shoulder.

He wore a smart white shirt buttoned up at the collar and a pair of matching leather shoes that were in pristine condition.

Tilda, 60, was a vision in orange, with her long dress reaching the ground.

The actress casually stood with her hand in her pocket as she posed and smiled for awaiting photographers, the epitome of ultra-cool.

She wore a hot pink jacket to match her heels, while underneath she had on a shimmering gold top. 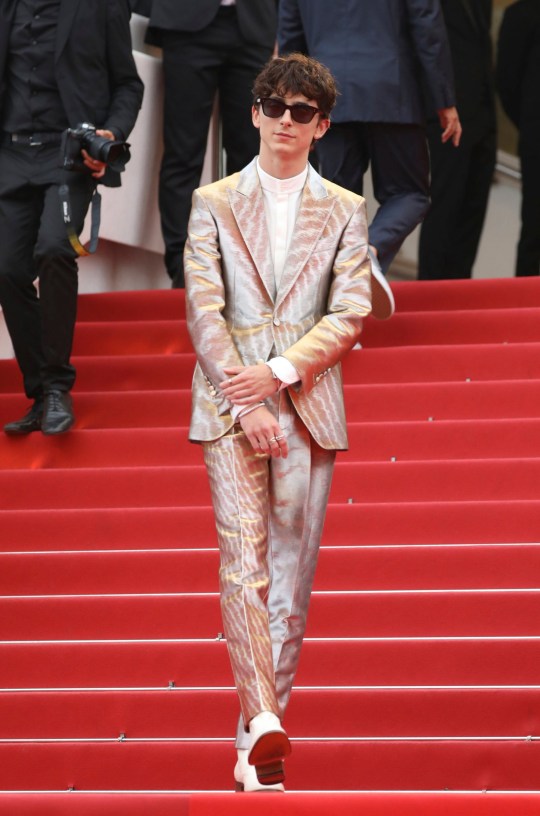 Timothee looked every inch the style icon at the premiere (Picture: Invision) 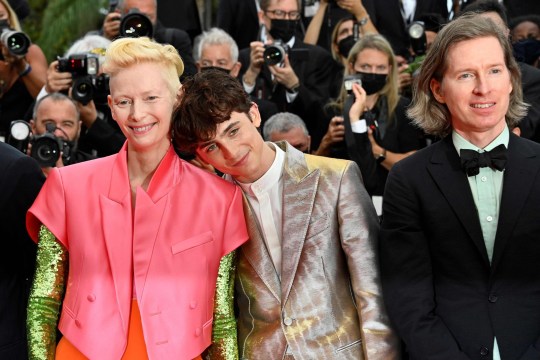 Timothee rested his shoulder on Tilda as they walked the red carpet (Picture: AFP via Getty Images) 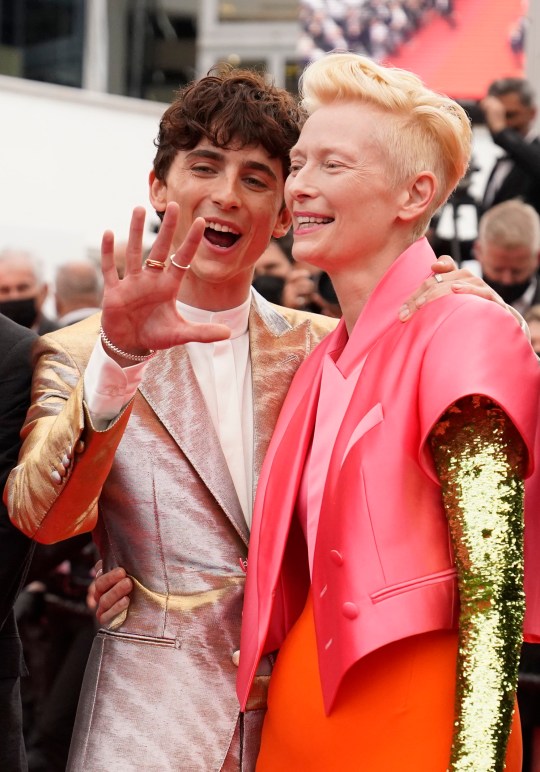 Timothee and Tilda looked happy to be in each other’s company as Tilda wore a hot pink jacket with a sparkling gold top underneath (Picture:m AP) 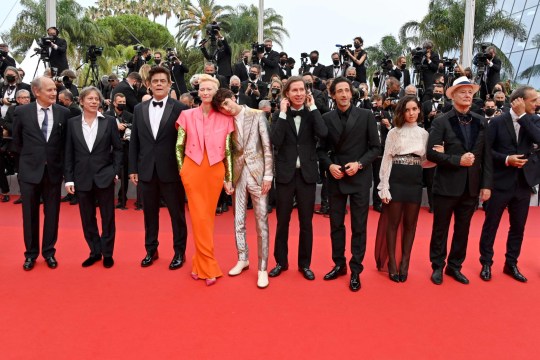 An incredibly fresh-faced Tilda looked happy to be in Timothee’s company as the pair held hands before heading in to watch the movie.

They were joined at the event by the likes of Bill Murray, Lyna Khoudri, Owen Wilson, Adrien Brody, Benicio Del Toro and director Wes Anderson.

The French Dispatch follows the story of a group of journalists set in a fictional city in France during the 20th century.

It is loosely based on The New Yorker magazine and opens with editor Arthur Howitzer Jr., played by Bill Murray, on the last day of publication.

The film was due for release last year but was delayed due to the coronavirus pandemic.

Speaking about the movie to French publication Charente Libre last year, director Anderson said: ‘The story is not easy to explain. [It’s about an] American journalist based in France [who] creates his magazine.

‘It is more a portrait of this man, of this journalist who fights to write what he wants to write. It’s not a movie about freedom of the press, but when you talk about reporters, you also talk about what’s going on in the real world.’