To All The Boys: Noah Centineo reveals sweet prop he stole from set 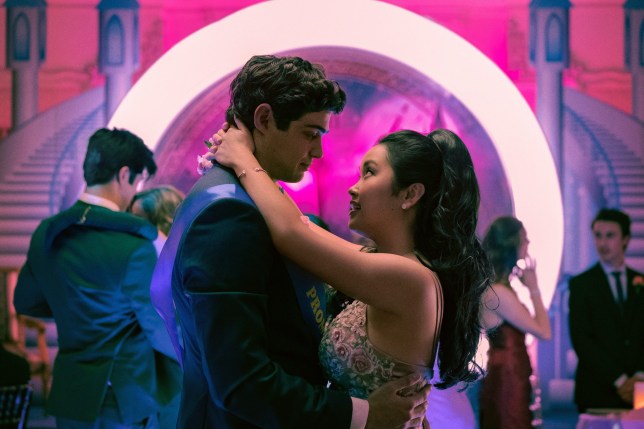 Noah Centineo managed to hold onto a special prop from the To All The Boys: Always and Forever set (Picture: Netflix)

Noah Centineo has melted our Peter Kavinsky-loving hearts after revealing the super sweet memento he stole from the set of To All The Boys: Always and Forever.

Fans of the hit Netflix trilogy said goodbye to our beloved Lara Jean Covey (Lana Condor) and Peter as their story came to an end with the final film dropping last week.

The flick follows the fan-favorite couple as they prepare to graduate high school and take their relationship to the next level – with Metro.co.uk giving it four stars.

However, one particular scene had eagle-eyed viewers in bits early on in the movie.

During a fantasy sequence early in the flick, Lara Jean imagines a future life in which she marries Peter and becomes a romance writer.

In the sweet dream, Lara Jean is signing copies of her novel for fans at an event, with her proud husband smiling on in the background. 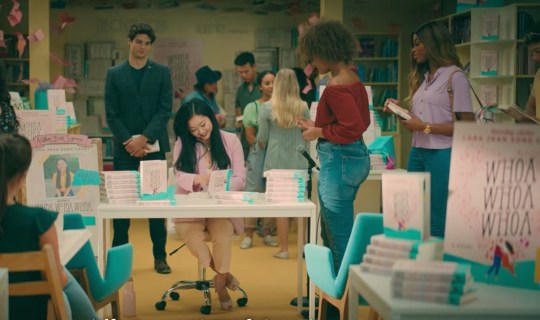 However, a closer look revealed that her book was titled, Whoa Whoa Whoa.

As most TATB fans know, the saying became iconic following the release of the first film, especially after it was revealed it wasn’t actually part of the script and just something Noah kept saying during filming.

Understandably, Noah loved it just as much as fans as, admitting he’s taken a couple of the books after filming.

He tweeted: ‘Stole those books in the background [Smiling face with horns]’.

We’re just trying to figure out how to get our hands on a copy, ASAP.

To All The Boys: Always and Forever is available to stream on Netflix now.