TOM Hardy is back in business and getting ready for a new superhero war in a first look at the trailer for Venom 2: Let There Be Carnage.

This time, he’s up against Woody Harrelson as twisted serial killer Cletus Kasady – who becomes red symbiote Carnage after surviving the lethal injection for his crimes. 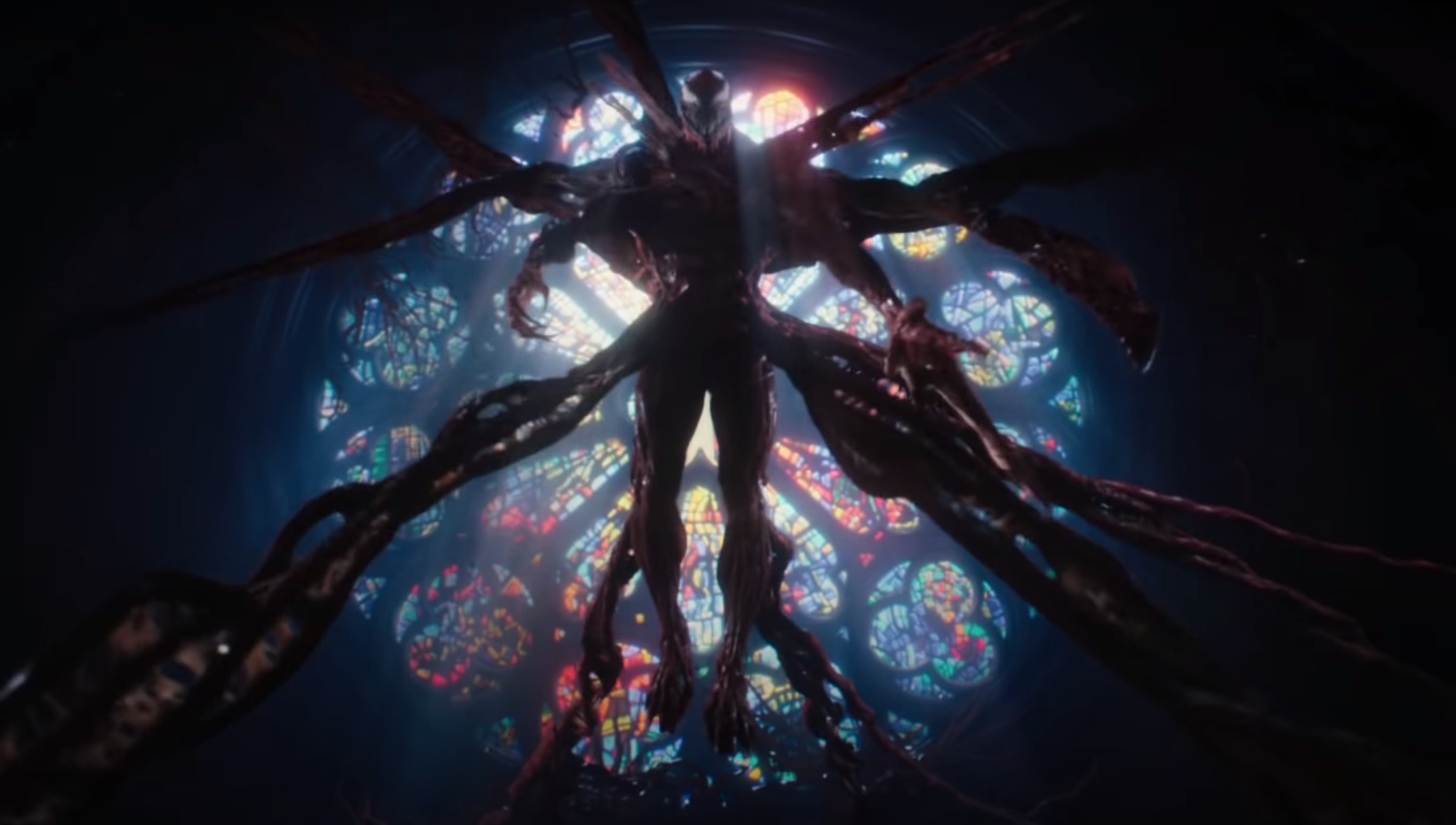 Venom has a new demon to battle in the trailerCredit: Sony Pictures Entertainment

With the injection triggering the dormant symbiote, Carnage is crazed and volatile, and it’s up to our favourite anti-hero to take him down.

The trailer twists and turns between action and comedy, with Tom’s character Eddie Brock learning to live with Venom, which is now a part of him and constantly causing havoc.

Whether it’s disrupting breakfast or calling out a corner shop worker for running out of his fave treats, Eddie definitely has his hands full keeping the creepy looking alien-like creature in check.

But while he uses his powers for good, his new nemesis could prove to be too hot to handle. 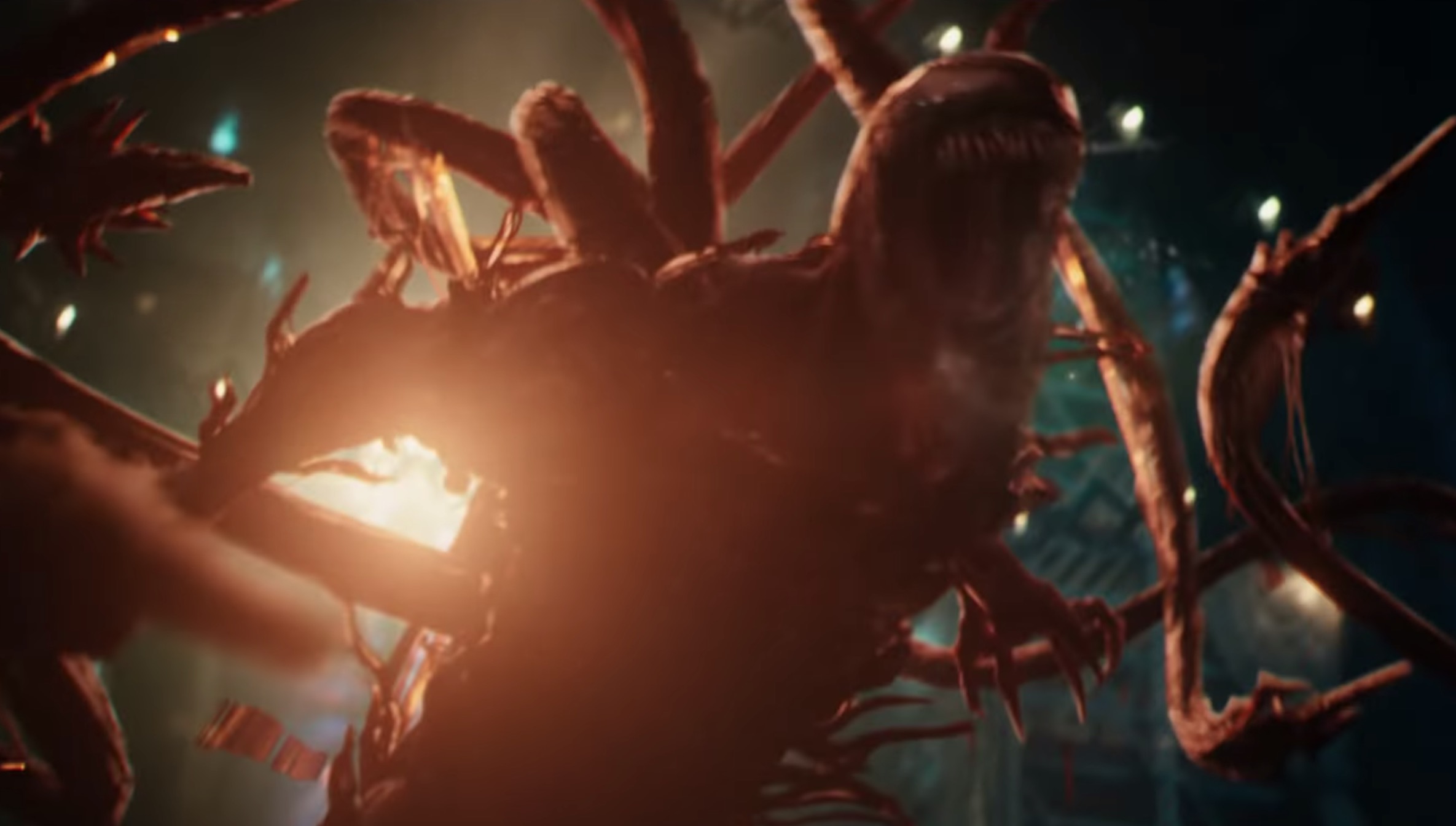 Carnage is on the rampage after a lethal injection goes wrongCredit: Sony Pictures Entertainment 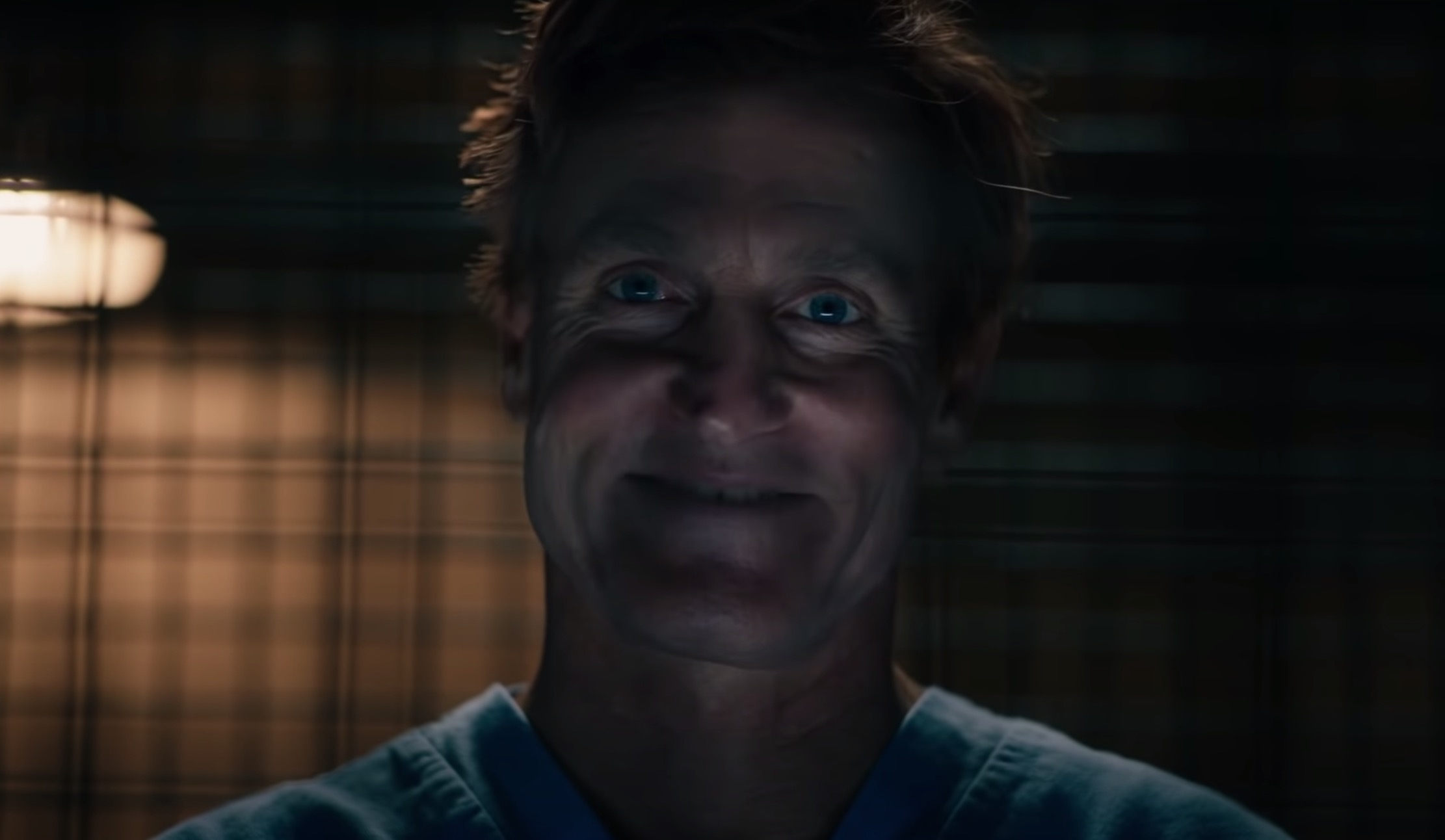 That’s before we take into account other new arrivals – noticeably Naomie Harris looking comatose in a mental health facility.

She’s actually symbiote Shriek – so it doesn’t seem long until she’s recruited and the creature comes out of her shell too. 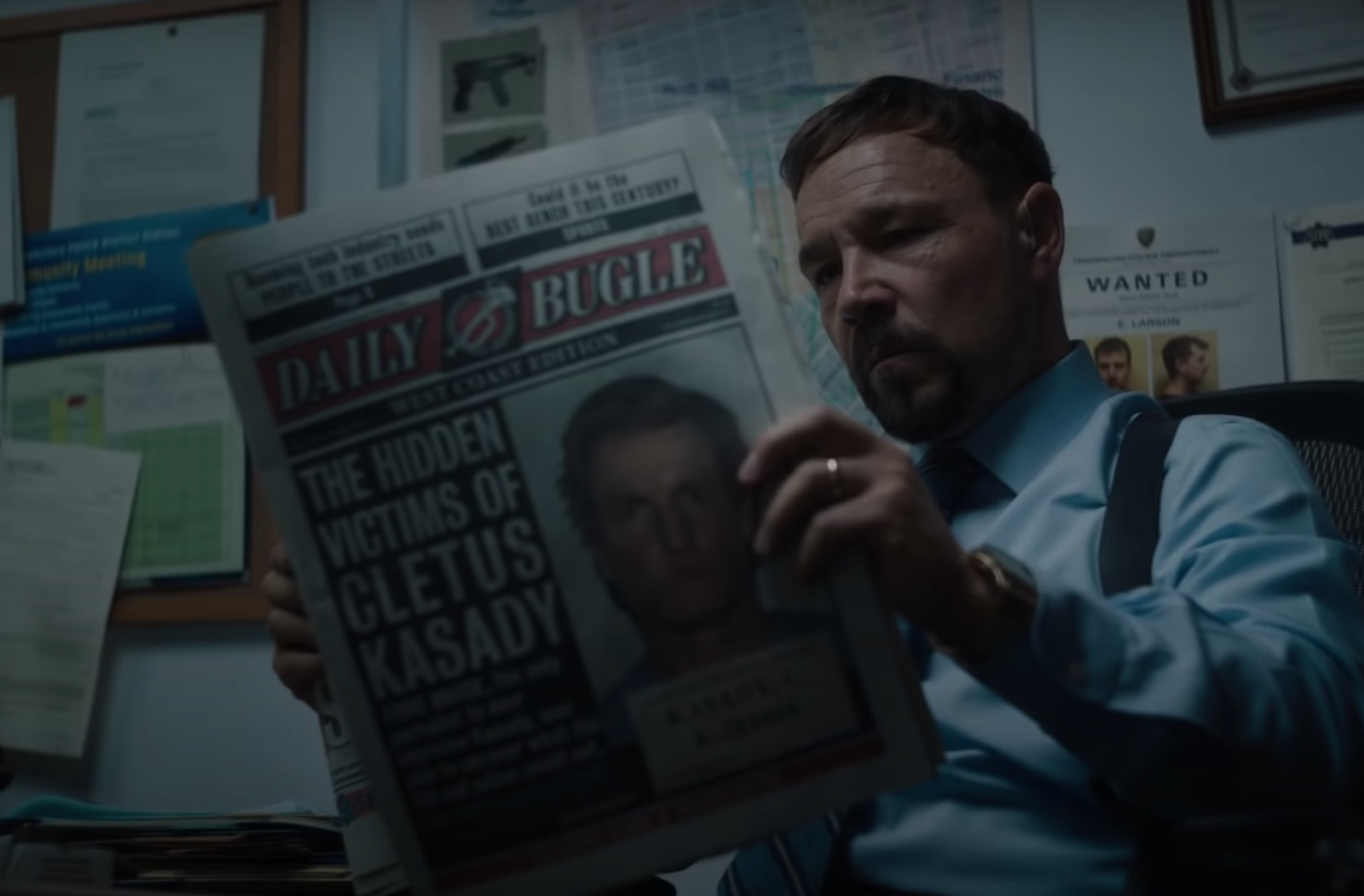 What does the new police officer on the scene make of the sudden influx of symbiotes?Credit: Sony Pictures Entertainment 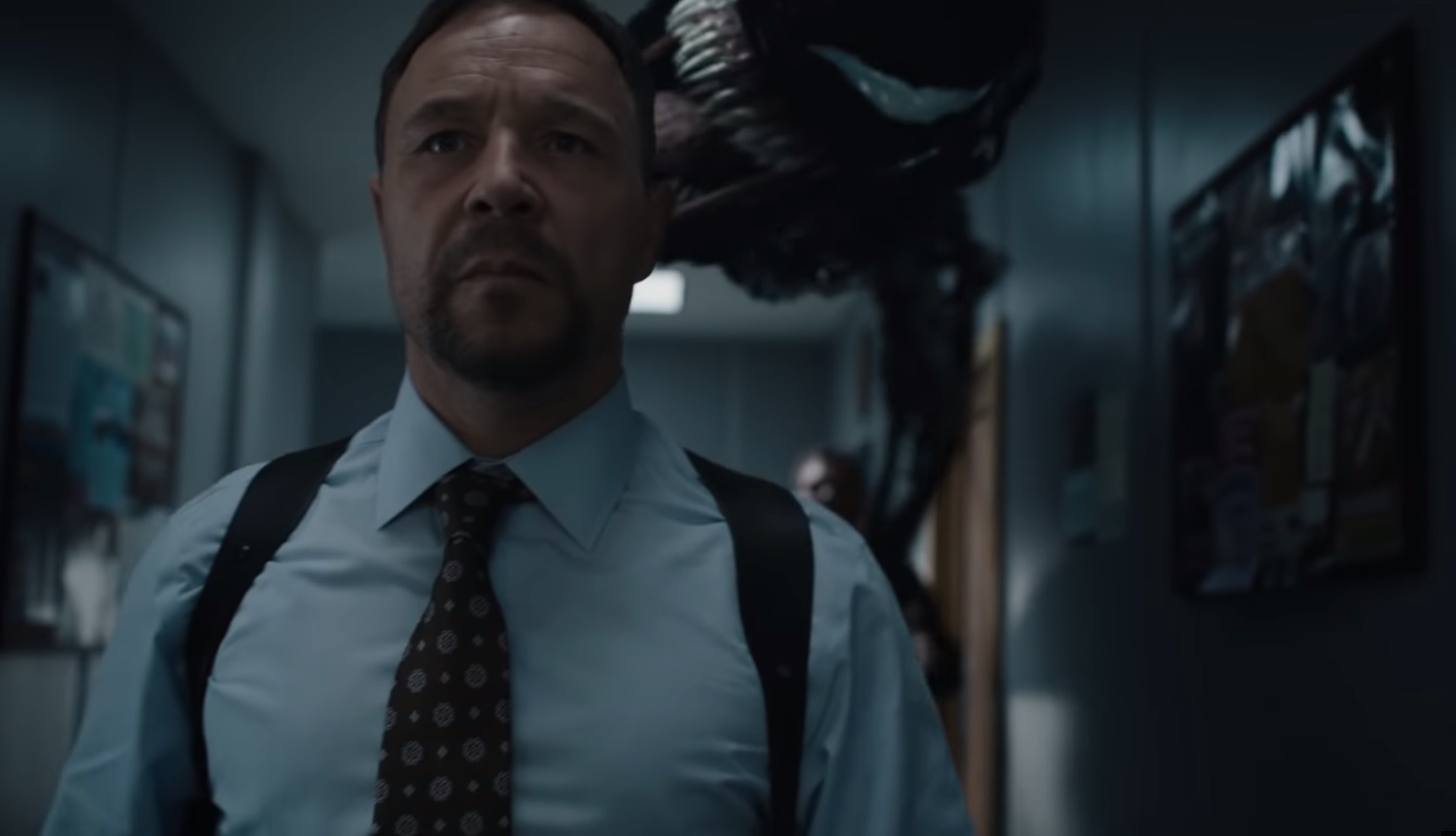 Has Stephen Graham’s mystery character bitten off more than he can chew?Credit: Sony Pictures Entertainment

Despite previous rumours, there was no first look at Tom Holland’s Spider-Man making an appearance in the new film – but seeing as they are in the same universe, we wouldn’t rule anything out just yet.

Line Of Duty’s Stephen Graham has joined the cast for this latest outing, and was spotted reading a copy of the Daily Bugle newspaper – which infamously outed Spider-Man’s true identity at the end of Far From Home.

The new installment, directed by Andy Serkis, is set for release September 24th, after being pushed back from October 2020 due to the ongoing Covid pandemic shutting down cinemas and production.